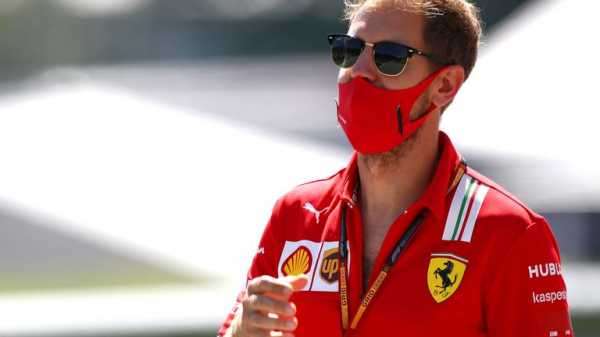 2:04 Christian Horner confirms that Red Bull will not be taking Sebastian Vettel as a driver for 2021

“We didn’t expect him to be on the market this year and our commitment is to our existing drivers,” Christian Horner told Sky F1 on Friday. “We think we’ve got a great pairing in Max (Verstappen) and in Alex (Albon).”

Vettel had talks with Renault, but they signed Alonso
Not “concrete enough” or “real”, but Vettel did admit that he had held talks with Renault about 2021. Whether he would have accepted a seat there we’ll never know, as last week the team announced Fernando Alonso – another multi world champion – as Esteban Ocon’s 2021 partner.

With both Lewis Hamilton and Valtteri Bottas out of contract, Mercedes refuse to completely shut the door on Vettel – but have frequently made it clear that they will give priority to their current drivers.

That includes the aforementioned 2020 pair – and Bottas has reportedly already agreed a new deal – as well as Esteban Ocon and George Russell, who came through the driver programme and are on the grid this year with Renault and Williams respectively.

“I do not want to write Sebastian off, but we are very happy with our drivers,” Toto Wolff told Sky in Germany last week. 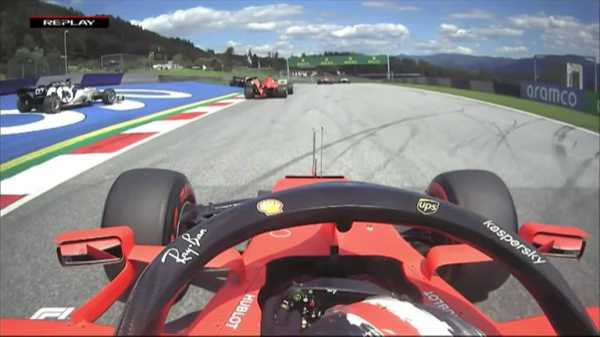 1:52 Ferrari pair Charles Leclerc and Sebastian Vettel were forced out of the race after colliding at the start of the Styrian Grand Prix

Vettel’s best chance of a seat?

Racing Point say both drivers have contracts, but…
Publicly at least, Racing Point, who will become Aston Martin next season and have lofty ambitions, rebuked any talk of a 2021 swoop for Vettel last weekend.

“I know that people like to think, ‘here’s a team on the rise and Sebastian doesn’t have a drive’, so they put two and two together,” Racing Point boss Otmar Szafnauer told Sky F1.

“[Our drivers are] contracted. Sergio [Perez] we announced last year to a three-year deal and Lance [Stroll] has a long-term contract as well.”

But on Tuesday night Sky in Germany reported that Vettel and Aston Martin have almost reached an agreement for next season, confirming the story first reported by BILD.

He would most likely replace Sergio Perez, with the team having the option to buy out the Mexican’s contract early, freeing up a spot.

Vettel himself has admitted Racing Point have made a “very strong impression” with their 2020 car, and that he knows “some members of the team quite well”. 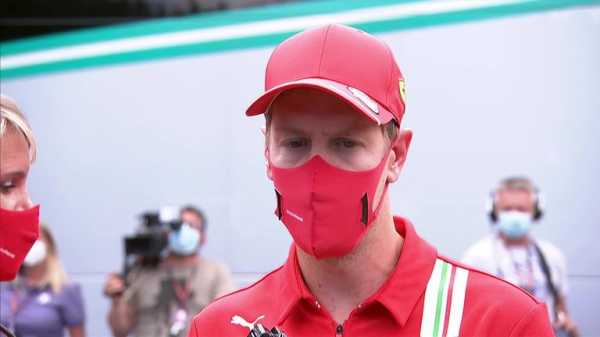 1:26 Sebastian Vettel didn’t think there was enough space for Charles Leclerc to attempt an overtake, which caused the two Ferraris to collide

What are Vettel’s other options?

Discounting Ferrari, and McLaren, who have signed Daniel Ricciardo as Carlos Sainz’s replacement, there are only four teams left on the grid with spots open for Vettel.

Haas are the team who have been most vocal about a move, but even Gunther Steiner doubts he would be able to lure Seb.

“Vettel is a four-time world champion. Does he really want to work with a smaller team?,” the Haas team principal told German media in Austria.

“What does he want to do with his life? I don’t know. If he wants to do something with us, we are happy to have a good relationship.”

A return to AlphaTauri (formerly Toro Rosso), meanwhile, would certainly be romantic given they provided Vettel with his first F1 win over a decade ago, but is also extremely unlikely due to their current stature.

And that’s true for Alfa Romeo and Williams, too.

Vettel’s could well take a sabbatical, or retire altogether.

“Everything is an option at the moment: Carry on, have a break, or retire,” he said last week.

“It’s not a secret that I’m competitive, I have achieved so much in this sport and I’m interested in achieving more, not just taking part.”