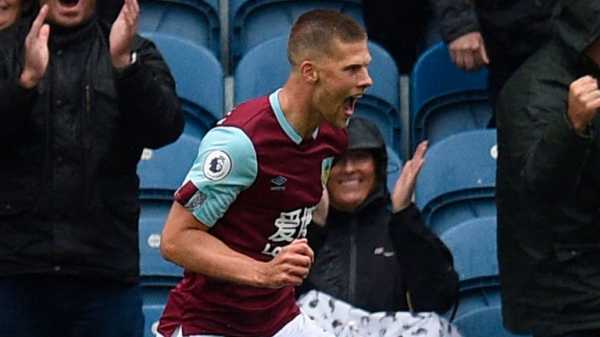 They weren’t in a Carabao Cup defeat at home to Sunderland the night before we meet at the still-shiny Barnfield Training Ground but a 3-1 loss for a side capable but much-changed amid “bread and butter” Premier League obligations has not dulled Dyche’s demeanour. He is equally in the groove contemplating his Desert Islands Discs – “something rocky but not Metallica, that’s too much; Morrissey, The Smiths – there’s a subtle difference between them, you know – my taste is eclectic, it’d have to be a compilation” – as he is opining on the game and its foibles.

He fumed after a 2-1 defeat to Arsenal about players “diving and feigning injuries” and is standing his ground. “I don’t understand why it’s crept, no, leapt into our game. I feel like we’ve adopted it and I don’t know why. Football mirrors society in so many different ways. What’s ironic is that I get stick about it from people on the TV who’ve seen cheating in front of their eyes. Do I regret anything I say? Not often. I try and call it as fairly as I see it. I’m not planning on changing.”

His crusade there might continue but he is famously, emphatically not 24/7 when it comes to football. He speaks with a sense of pride that his family home is shorn of memorabilia from a career spanning four decades: “I want my family to have their own lives”. He laughs thinking about his son glued to the computer screen: “He’s got an opinion on every player out there! He’s probably got as good a knowledge of European football players as I have!” He is convinced that detachment, that desire to look outside the game is what keeps him sharp in it. 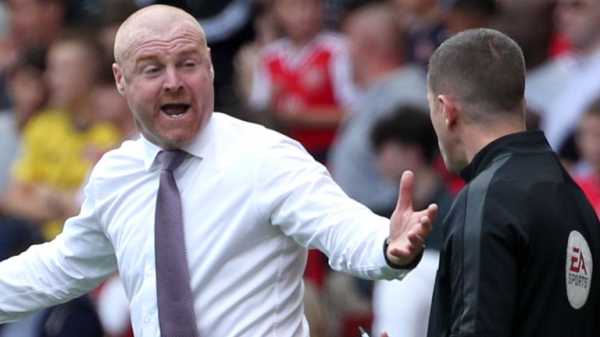 “I played for 20 years at all different levels – some successes, some promotions; I felt I had a varied experience going into coaching and then management but one thing I distinctly remember picking up was from Fortune 100 companies in America. They were looking for CEOs who weren’t obsessed. Everyone says you’ve got to be obsessed because how else can you learn, but actually, these guys didn’t want obsessives because they’d burn out. They lose their edge because they can’t come away from it. That felt natural to me – it did as a player. I live football every day. I don’t go home and then watch every minute I can. I personally believe to do my job right, I need to be wanting to do it, not bogged down in it, swamped with almost too much information, too much opinion. I’m obsessed with the idea of management and working with people but not the actual game.”

Dyche has spent time with the Oxford University Boat Club, went to Saracens last year and is planning to drop in at Harlequins during the international break. “A lot of football people might go to Ajax and watch what they’re doing and I thought, well, I should really know about passing drills and finishing drills, so what’s bigger than that? Cultures, environments. I’ve been to KPMG, the accountants. You can get bogged down in football challenges but actually, these guys all have the same challenges, just packaged up differently. Management is management, it just comes in different situations.”

He thinks the people side of it – “forget players, it’s just people” – is where he has developed most since he started his coaching career at Watford, taking the top job for a year before moving to Turf Moor in 2012 after a short stint on the England U21 staff. He is pleased with the emergence of young winger Dwight McNeil, has taken his time integrating another youngster, summer arrival Bailey Peacock-Farrell from Leeds, and is keeping tabs on former Clarets defender Kieran Trippier, whom he believes has what it takes to succeed at Atletico Madrid. 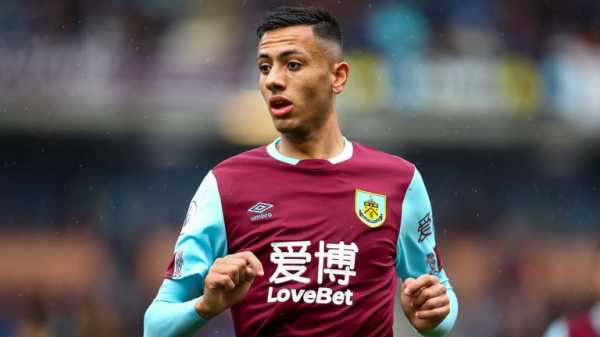 He has been here long enough – only Eddie Howe at Bournemouth, by days, has served longer in the top flight currently – to know his people, understand what they want here. Twenty miles away, Bury’s demise and expulsion has been a sobering story. Dyche describes it as a harsh reminder – “fans and clubs can push but they have to be ready to push” – and feels an acute sense of belonging, of responsibility at Burnley.

“Clubs in this area are so important – and I’m not saying they aren’t elsewhere – but in the North West, it’s such a hotbed. There’s an earthiness about the people. They’ll give their opinion – but they’ll accept yours back. It’s honesty, grittiness, that sense of, ‘We want our football team to work hard but we work hard as well, you know’. There’s a connection. I bought into it early. In my first press conference, I said, ‘I can’t guarantee you success but I can guarantee you’ll have a group that will put sweat on the shirt. And the fans were terrific when we had a rough time. They were steadfast to the cause.” 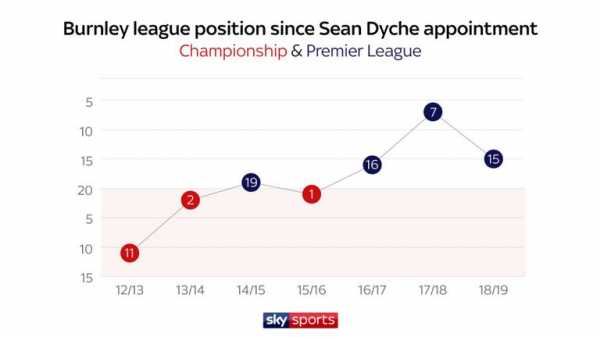 Dyche was linked with the then-vacant Everton job at the end of 2017, his side flying high. He is pushing seven years at Turf Moor but insists the Burnley cause still stirs him. He is restricted in the transfer market. He would like the board to tart up Turf Moor and put a top tier on the Bob Lord stand. Dyche is on-message as he assesses the bigger picture but he is clearly at home here and the fit, it feels, remains right all round for now.

“There are challenges at this club. As much as the market says you have to invest, we have to watch our finances. I can understand the reasons. But the other side of it is that this is a healthy club, a good environment to work in, a place I enjoy coming to, a good group of people who are honest in their work. That’s not easy to come by. It sounds like it is but it’s not. The club have allowed me to mould it. When I got here, we had 11,12,000 fans. Now we’re got full houses (nearer 20,000 watched their opening victory against Southampton), a state-of-the-art training ground and we’re turning over £130m a year (the club announced a turnover of £138.9m and a record net profit of £36.6m in the last financial year). I genuinely think we’re in a good place and beyond winning games – that’s obvious – that’s what keeps me motivated.” 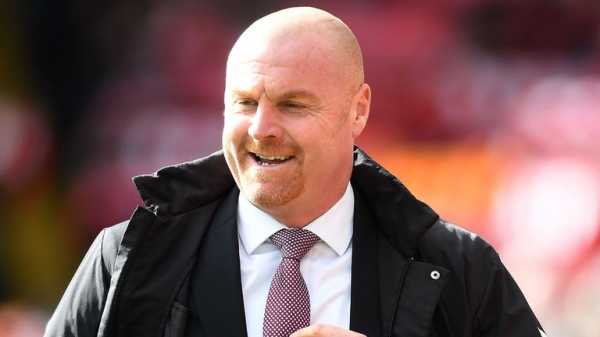 0:50 The Burnley boss thinks more of his squad could earn England call-ups after goalkeeper Nick Pope was selected by Gareth Southgate

He has taken Burnley to the Premier League and straight back again; kept them there and shaped their development. What more is there for him to do? “More on and off the pitch. The players are hungry for more, as I am. We want to be better and stronger than last season for a start. I’m not one for cycles or targets but we weren’t ready physically or mentally last year to challenge and this year we are. There’s the community aspect, the history, the player development side. We’ve got players playing for England, young players coming through. There’s always a new challenge.” 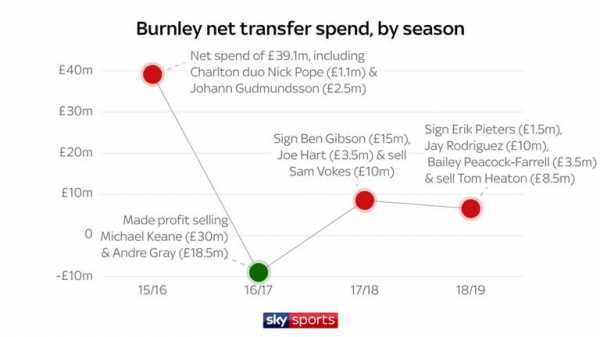 This weekend, it is Liverpool, already looking the business and targeting a fourth win from four. Jurgen Klopp hit out at tough tackling he perceived as “dangerous play” when the sides met at Turf Moor last season as Dyche defended his “good, proper professionals”. Saturday’s is a battle that will be pitted as a stylistic one but the Burnley boss is relaxed when it comes to perceptions.

“Politicians, film stars, pop stars… in the modern world, you get labelled. I’ve got no problem with it. To get to a fifth season in six in the Premier League, we’ve had to play well, fight, defend, counter-attack, attack. We want to play good football but effective football and the effective is as important as the good. If you think you’re going to out-pass Manchester City, you’re not. Pep Guardiola makes me laugh when he says the opposition have tried to play the right way – usually after they’ve won 5-0! It’s a delicate balance. 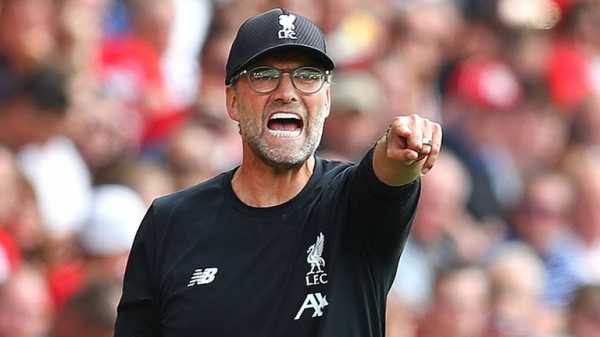 “We’ve got to be right on top of our performance level. The details are important. We’ve got to keep mistakes to a minimum but we want to make it tough, hard, awkward for Liverpool. We want these superpower clubs to feel that it’s an unfamiliar game because if we took them on at their game, they’d probably win.”

He heads off, back to the training pitches, to plot shackling Mo Salah and co. There are fine details to be worked on but it will start, as it has from the beginning for Dyche, with attitude.