Organisers of this year’s Irish Open at Lahinch have suffered a major momentum check with confirmation from Rory McIlroy that he will not travel to Clare in July. McIlroy says he will miss Lahinch in order to focus on preparations for The Open Championship at Royal Portrush a fortnight later.

“If there is ever a year when I feel I can miss this Irish Open, it’s this year,” McIlroy told BBC NI.

“If I was to play the Irish Open, The Open Championship would be my third event in a row.

“For me, that’s not the best way to prepare for what could be the biggest event of my life.”

McIlroy insists his decision to skip Lahinch is in no way “discrediting or belittling” his domestic open championship.

“I love the Irish Open. I’ve supported it in my whole career. The people of Ireland are still going to see me playing golf because I’m going to play The Open Championship and I’m sure a lot of people will travel from down south to see me play.”

“My main focus is the major championships, the WGCs….the biggest events in the world wherever they may be. They don’t know the ins and outs of your life. It’s easy to criticise from far away because you don’t know the details.

“I’m sure people are going to be upset but at the same time, if it means that it gives me a better chance to win The Open, and prepare well for Portrush, I’m going to do it. I’m going to make decisions that are the best thing for me.

McIlroy has indicated he will play the “minimum” required number of events to maintain his European Tour membership to ensure his eligibility for the Ryder Cup.

“I’m just going to sort of play as little as I can [on the European Tour] to save myself for the golf that I’m playing everywhere else also.” 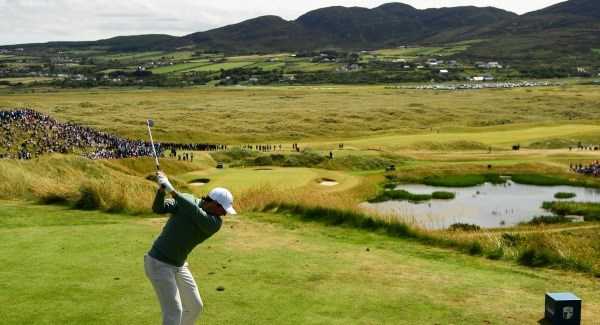 McIlroy told BBC Northern Ireland: “If I could pick one tournament to win this year, it would be Portrush. I would definitely have Augusta on the backburner. I never thought I would play a major in Northern Ireland. It would be the biggest achievement of my career if I was able to win it.”

It comes as McIlroy tees off at the WGC Mexico Championship today. Shane Lowry is also in the field.