The 28-year-old had a five-putt on his Friday round to card a disappointing 74 and followed up with a par 72 to go one-under for the tournament in California.

Four dropped shots on the front nine appeared to put paid to his chances of making the three-under cut, but the Northern Irishman nearly finished with a flourish on the par-5 18th.

After a penalty drop, McIlroy nearly struck an eagle from 240 yards with his shot striking the flag.

Ted Potter Junior put himself into contention on the third day – five birdies and an eagle on the front nine coming as part of a nine-under round of 62.

The American climbed 22 places to sit 14-under for the tournament and tied for the lead with Dustin Johnson who carded a 70.

Chasing the Americans going into the final round are Australian Jason Day, who sits two shots off the pace after going around in 69, and Troy Merritt, who also sits on 12-under.

Julian Suri sat joint third at the half-way point, but double bogeyed the par-5 14th in a miserable round of 76, while Paul Casey followed up Friday’s 70 with the same score on Saturday and sits tied for 13th on eight under.

Defending champion Jordan Spieth followed his opening 72 with rounds of 66 and 70 – with his Saturday round including a deft 82-yard approach shot to set up a birdie on the par-5 18th. 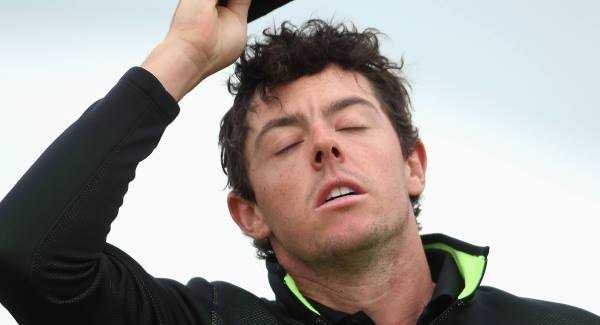