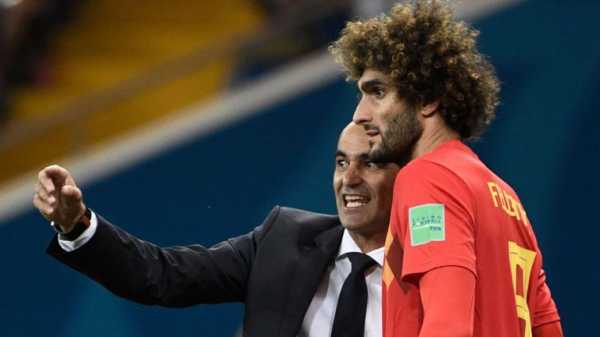 Inspired intervention? Or a desperate roll of the dice? Whatever motivated Roberto Martinez’s dramatic – and hotly-debated – game-changing double substitution, as Belgium stood on the brink of defeat to Japan, it paid off.

After an ineffective first-half, when Belgium’s golden generation lacked sparkle in the final third and found their best players restricted by Japan’s intensity, there was the double blow which few saw coming.

There had been much debate over the past week about whether Belgium or England had found themselves in the easier side of the World Cup draw after qualifying for the knockout rounds – but the consensus was the Group G winners at least had the easier last-16 tie.

That theory was being rapidly revised as Japan executed a swift and superb counter-attack, expertly finished by Genki Haraguchi, just minutes into the second half. When Takashi Inui drove an exquisite second through a sluggish Belgian defence and into the bottom corner, it seemed yet another World Cup upset was on the cards.

The knives were out for Martinez on social media. Kevin De Bruyne was too deep. Midfield balance had been sacrificed to incorporate too many playmakers. Belgium couldn’t match the work rate required. 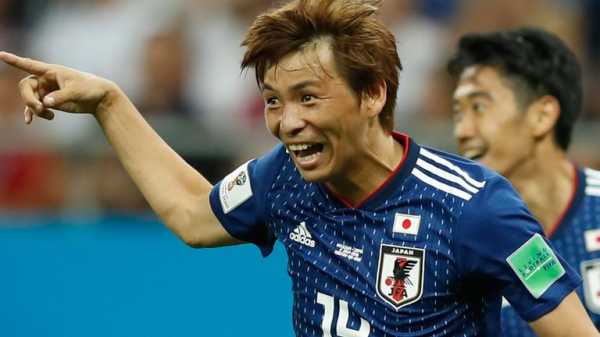 Given the talent at Martinez’s disposal, failing to advance past a side ranked 61st would have had the Belgian FA inspecting the small print of the two-year contract extension the Spaniard signed ahead of the World Cup. Surely this talented group couldn’t be allowed to fall short again?

Martinez turned to his bench for an answer. He called for Marouane Fellaini. Critics on Twitter howled.

It’s a trusted Plan B and one regularly resorted to by Manchester United boss Jose Mourinho. But it is rarely a popular call with fans – they know what kind of football is coming next.

There’s a reason why it’s a recurring play, though: it works. Martinez threw Nacer Chadli on too, for good measure.

There was an immediate shift. As Japanese players began to tire, Belgium went direct. From nudges, nicks and flicks around the edge of the area, Belgium began whipping the ball in, aiming for the heads of Fellaini, Chadli and Romelu Lukaku.

Eighteen of the 32 headers made near Japan’s goal came in those frantic final 21 minutes. 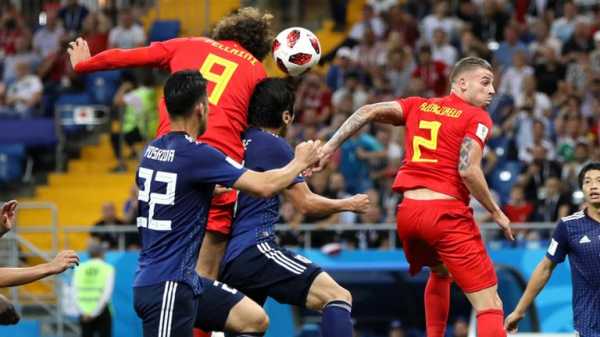 Lukaku let Japan off, wasting a free header by glancing wide. It was a warning – but Japan could do little to prevent the onslaught which was coming their way.

In the end, Belgium had a slice of fortune to get back into the game, with Jan Vertonghen’s hopeful header back across goal looping in at the far post. It was cruel on Japan but a result of the chaos Belgium’s new approach was causing.

Moments later Fellaini had pulled his side level. Hazard’s cross was exquisite, Fellaini’s finish was brutal. As he towered above his marker and powered his header down into the ground and over the line, it was a reminder why – despite all the criticism – Mourinho and Manchester United have renewed his contract. 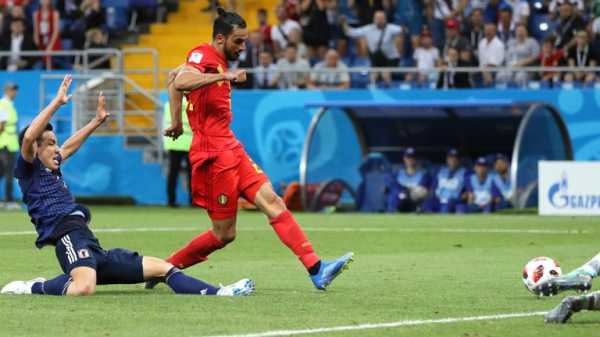 It wasn’t pretty but it was effective. And that double disorientated Japan. Naïve or brave? However, you want to describe their fully committed push for a late winner, it was to prove their undoing.

There were eight Japan players in Belgium’s final third as Thibaut Courtois launched the 94th-minute counter-attack by rolling the ball out to De Bruyne. The Manchester City man led the charge before Thomas Meunier’s cross was beautifully dummied by Lukaku and Chadli slotted in the winner.

After the force there had come the finesse. And there was no time left on the clock for Japan to respond. 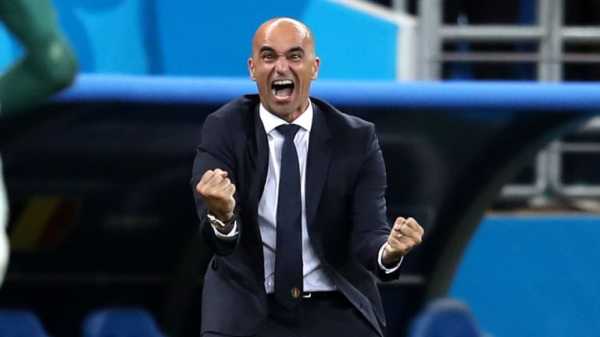 Both of Martinez’s substitutes had scored. The manager had changed the game.

That it needed changing is a concern for Belgium’s long-term ambitions in the tournament and they’ll need the right formula from the start against Brazil on Friday. But all that matters right now is they’re there.

“In the World Cup you want to be perfect but it’s about getting through, it’s about winning,” said Martinez at the final whistle. He and Belgium found a way.