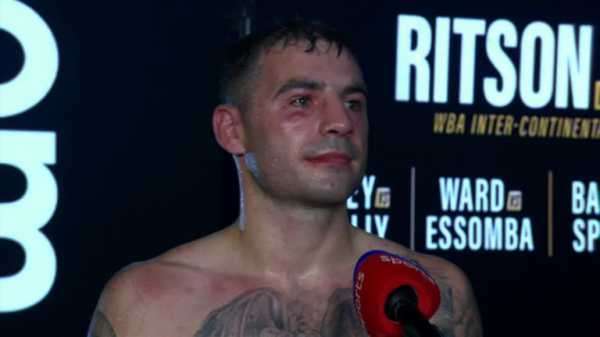 Lewis Ritson reacts to his points victory over Miguel Vazquez

Promoter Eddie Hearn has questioned if a ringside judge was scrolling through his phone during Lewis Ritson’s controversial win over Miguel Vazquez.

Ritson won a split decision and judge Terry O’Connor was one of two judges who scored the fight in his favour.

But Hearn commented on a picture on social media questioning if O’Connor was paying enough attention.

“This image is extremely troubling to any person involved in boxing,” WBC president Mauricio Sulaiman said.

Robert Smith has told Sky Sports News that the British Boxing Board of Control will be investigating the performance of O’Connor.

O’Connor’s scorecard of 117-111 was the widest of the Ritson vs Vazquez fight.

The same judge, earlier in the night, scored in favour of Thomas Patrick Ward against Thomas Essomba – that fight was a draw after Ward sustained a terrible cut.