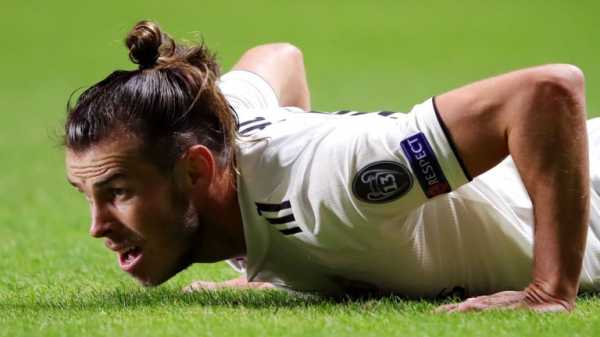 With Cristiano Ronaldo gone, the path is clear for Gareth Bale to become Real Madrid’s main man. But can he deliver consistently? Peter Smith takes a look…

This wasn’t how the new Real Madrid era was supposed to begin. Defeat to city rivals Atletico Madrid in the UEFA Super Cup in their first major fixture without Cristiano Ronaldo has left the club looking for answers.

The hope is Gareth Bale will be the solution.

After nine seasons – and 450 goals from their iconic number seven – Real need a new talisman following Cristiano Ronaldo’s transfer to Juventus. Bale will be the man they turn to. Despite the loss, there were promising signs from the 29-year-old in Tallinn – and he looks eager to take on the challenge.

The Wales star had hinted after his Champions League final heroics against Liverpool in May that his future in the Spanish capital was uncertain. But after the departure of Ronaldo and manager Zinedine Zidane, Bale’s circumstances have changed.

Injury-free and with a full pre-season under his belt, Bale is primed to step up – and his work ethic and enthusiasm this summer have clearly impressed new boss Julen Lopetegui.

“We are delighted with his attitude and his desire,” said the former Spain manager before the showpiece clash with Atletico. “He’s an ultra professional who is training with the desire of a youth teamer. We are convinced he will have a great season.” 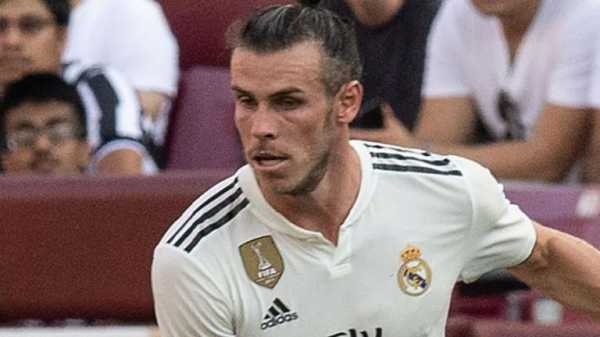 0:34 Lopetegui backs 'important' Bale to be a key player for Real Madrid

Neymar, Kylian Mbappe, Eden Hazard… Real Madrid were linked with a host of A-list attackers in the summer. But, while there is still time before the Spanish transfer window closes at the end of August, the growing feeling is that the club will place their trust in Bale to deliver.

That responsibility is surely something Bale will relish.

He has shone as Wales’ talisman and has repeatedly made big impacts for Real in major finals during his five years at Real. The challenge now is to sustain those contributions for an entire season and become the reliable goal-scorer and match winner Ronaldo was for almost a decade.

Last season, only Ronaldo and Barcelona star Lionel Messi had a better goals-per-90-minutes record in La Liga than Bale, among regular performers. But the former Spurs forward was only available for 26 league appearances, as calf problems took their toll. The season before, he made just 19 appearances in Spain’s top flight. 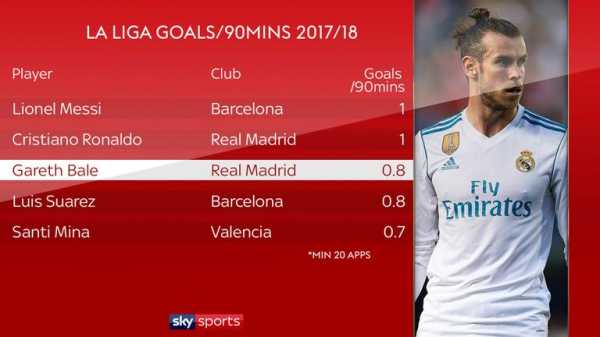 There were flashes of Bale’s brilliance on Wednesday night against Atletico.

His dart away from two markers and whipped cross with his weaker right foot to allow Karim Benzema to head in the opener was superb. Marcelo should have converted his chipped pass in the dying moments of normal time, too, while Bale’s driving runs through the middle of the pitch and shots from distance were a threat.

The form is coming.

Stationed on the right of the front three, it was clear Bale had been given licence by Lopetegui to drift across the pitch searching for opportunities. It will be down to him to take charge with Ronaldo gone. 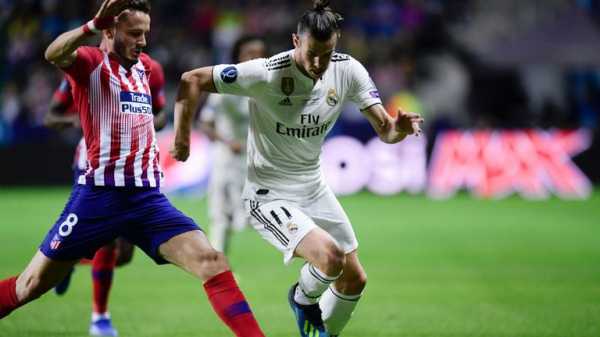 While, remarkably, there were tears among the Real Madrid supporters in Estonia as they lost to their rivals, the Super Cup result will have little bearing on the campaign to come. More importantly for Real and Bale were the 120 minutes he was able to get under his belt.

That workout suggests he is physically ready for the challenge ahead and the burden he will have to carry over the next 10 months.

With all eyes on him, Bale must grab his chance and seize centre stage. Real need him to.