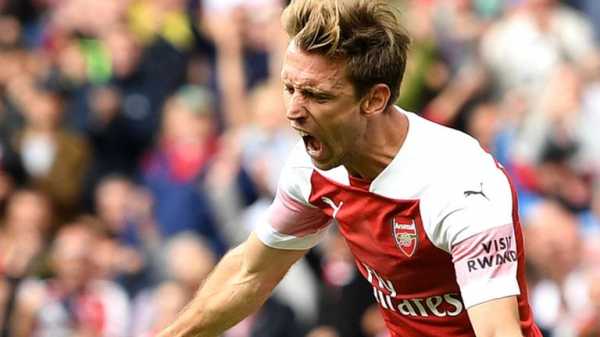 Arsenal beat West Ham 3-1 to claim their first win under Unai Emery. Marco Arnautovic opened the scoring for the visitors at the Emirates Stadium, but his goal was cancelled out by Nacho Monreal. With four goals, the Spaniard is the second-highest scoring defender in the Premier League in 2018 behind Crystal Palace’s Patrick van Aanholt.

The Gunners went in front through Issa Diop’s own goal after Monreal’s leveller, with Danny Welbeck completing the scoring in the closing stages. After the disappointment of their defeats to Manchester City and Chelsea, the victory was exactly what they needed.

Manchester City have a made a habit of rolling over teams from outside of the Premier League’s top six, but Wolves caused them real problems as they claimed a 1-1 draw at Molineaux. It was the first time in 18 fixtures that Pep Guardiola’s side had conceded the first goal in a Premier League game.

Aymeric Laporte levelled the scores soon after Willy Boly’s controversial opener, but the champions were unable to find a winner after that, with Wolves earning plaudits for their positive approach. “They were brilliant,” said Sky Sports pundit Jamie Carragher.

Harry Maguire’s stoppage-time strike consigned Southampton to a 2-1 defeat at home to Leicester. Ryan Bertrand had given the hosts the lead at St Mary’s Stadium, but his goal was swiftly cancelled out by Demarai Gray before Maguire’s late winner.

It was a familiar feeling for Southampton, who have now conceded 24 points from winning positions since the start of the 2017/18 season – the most by any current Premier League side. Mark Hughes has plenty of work to do to eradicate that fragility.

With four goals and two red cards, there was no shortage of entertainment as Bournemouth came from behind to grab a dramatic 2-2 draw with Everton at the Vitality Stadium.

Richarlison was first to see red following a clash of heads with Adam Smith – who was later sent off himself – in the first half. The Brazilian, who shone in Everton’s first two Premier League games of the season, received Everton’s 91st red card in the Premier League. No side has been shown more in the history of the competition.

Mohamed Salah made the difference once again for Liverpool as his clinically-taken goal gave them a 1-0 win over Brighton. The Egyptian, last season’s top scorer and PFA Player of the Year, has now scored 29 goals in 29 appearances for Liverpool at Anfield. It seems there are plenty more to come.