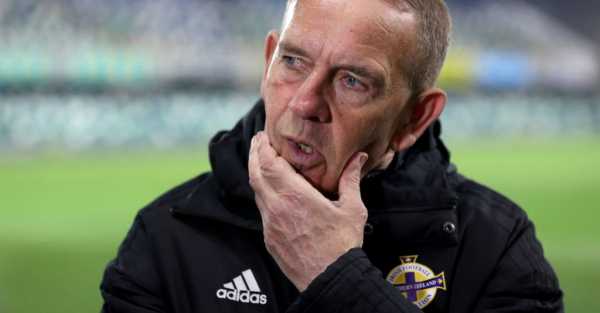 Shiels was speaking after his side’s 5-0 thrashing by England in front of a bumper 15,348 crowd at Windsor Park, as Northern Ireland’s hopes of qualifying for next year’s Women’s World Cup were ended.

He said: “I thought they were struggling a wee bit at times to open us up until the psychology of going two up.

“In the women’s game you’ll have noticed if you go through the patterns, when a team concedes a goal they concede a second one within a very short period of time.

“Right through the whole spectrum of the women’s game, because girls and women are more emotional than men, so they take a goal going in not very well.”

Northern Ireland conceded three goals in the space of nine minutes against Austria on Friday.

England opened the scoring on Tuesday through Lauren Hemp in the 26th minute but Shiels’ side kept the deficit to one goal at the interval before conceding four times in 27 second-half minutes.

“When we went 1-0 down we tried to slow it right down to give them time to get that emotional imbalance out of their heads. That’s an issue we have,” Shiels added.

“It’s not just in Northern Ireland, but all countries.”

Northern Ireland needed to avoid defeat against Group D leaders England to keep their slim hopes of progressing to Australia and New Zealand next year alive.

While they can still move level on points with second-placed Austria, Northern Ireland’s inferior head-to-head record has extinguished any chance of leapfrogging their rivals into the only play-off berth.