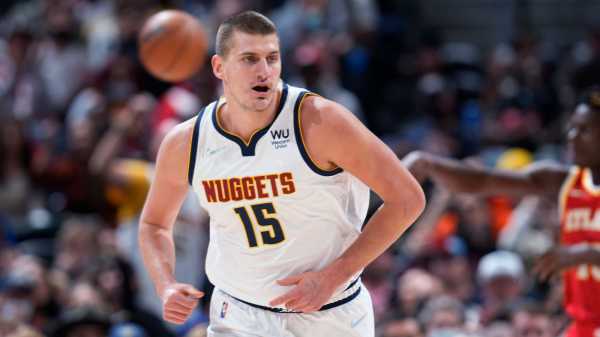 Reigning NBA MVP Nikola Jokic is steadily learning what all great big men have had to figure out when it comes to physical play: how to show enough is enough without hurting the team.

The Denver Nuggets’ center – nicknamed “Joker” – has been known to turn to officials over perceived no-calls down low, with a frustrated look as he stretches out his arms.

It’s the life of an NBA big man. Just ask a Shaquille O’Neal, Dwight Howard or even a Zion Williamson.

“I’ve coached a lot of good big guys and I always think it’s been sort of open season on big guys,” said Stan Van Gundy, an analyst for TNT who coached the New Orleans Pelicans last season and encouraged Williamson to speak up on fouls. “I mean, we just allow people to beat the heck out of them. So big guys have to make the decision of, ‘How much is enough?'” 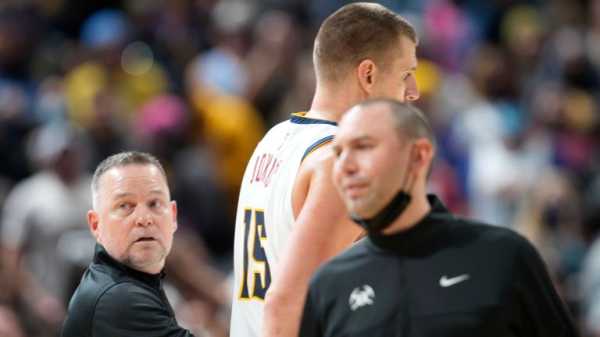 The 7-foot Jokic reached his breaking point again last Monday, when he shoved Miami forward Markieff Morris in the back shortly after being elbowed in the ribs.

Jokic explained his emotions got the best of him.

“I felt bad, really bad,” Jokic said afterward. “I felt I just needed to protect myself, but on the other hand I’m not supposed to react that way, get thrown out of the game.”

The fracas later led to a back-and-forth exchange on Twitter between Jokic’s brothers, Strahinja and Nemanja, and Morris’ twin, Marcus.

Last year in the playoffs, the Jokic brothers defended him after the Denver big man felt an opponent had crossed the line. His siblings had to be held back in the stands when things got heated between Jokic and Phoenix guard Devin Booker during the playoffs last season. Jokic was ejected from that game.

The same is true of Joel Embiid, whom Jokic would be facing on Thursday night if not for the Sixers superstar being on the injured list.

Embiid, who finished second in MVP voting behind Jokic last year, was lucky not to connect with Lonzo Ball when he punched the air in frustration in the 76ers’ recent clash with the Chicago Bulls.

“For great team players and great winners like Jokic, that is the calculus. He would probably love to stick up for himself every single night, but he puts the team ahead of himself,” Van Gundy said. “Because of that, he has to put up with a lot of c**p. But at times, it’s going to boil over and it’s hard to fault those guys for drawing the line.”

Nuggets coach Michael Malone has long lobbied for Jokic to get more calls than he does, as one of the game’s best players who regularly takes shots from opponents.

This recent episode was a side of Jokic that has not always been on display. The center known for his no-look passes, three-pointers from the top of the key and tip-it-to-himself rebounds lost his cool when Morris fouled him. The 6-9 Morris stuck an elbow in his ribs at half-court and turned and walked away as if nothing had happened.

Morris had his back turned when Jokic retaliated, knocking him to the ground with a push that left Morris with a sore neck. It earned the 26-year-old Jokic an ejection, a one-game suspension and a clear message – he’s only going to take so much.

“Look, man, sometimes when you’re challenged, sometimes you have to let people know that that’s not going to be tolerated,” said Hall of Famer Dominique Wilkins, an analyst for the Atlanta Hawks telecasts. “You’ve got to have that dog mentality and that’s what we had back in the day.”

Back in the day, players could do that. In today’s NBA, it comes with a steep price. 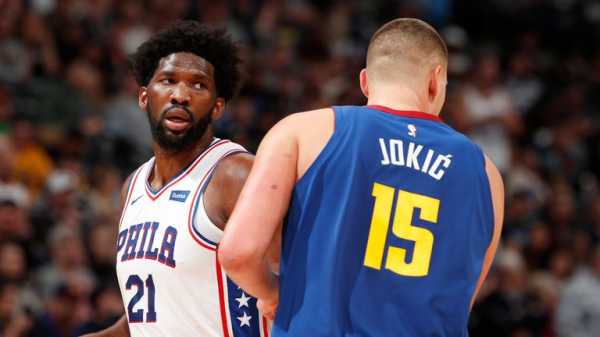 Image: Sixers center Joel Embiid and Nuggets center Nikola Jokic were both in the top three of MVP voting last season – but the Philadelphia big man will not feature on Thursday night

With Jokic off to another MVP-type season, posting big numbers with Jamal Murray (knee) sidelined, Denver cannot avoid for him to be ejected and suspended (the Nuggets did beat Indiana in the game he sat out). A second-round pick in the 2014 draft, Jokic is averaging 25.3 points, 13.7 rebounds and 6.3 assists through Sunday night.

The Serbian standout has two triple-doubles this season and 59 for his career, tying him with Larry Bird for eighth all-time. Jokic is currently fifth in the MVP odds, according to FanDuel Sportsbook, behind Stephen Curry, Kevin Durant, Luka Doncic and Giannis Antetokounmpo.

“I love him,” said Portland coach Chauncey Billups, who grew up in Denver and played for the Nuggets over two different stints. “He plays the right way. He plays for everybody else on the floor. I think his spirit is infectious.

Van Gundy, the longtime NBA coach turned TNT analyst, has advice for anyone who may think they have a way to stop him: “You don’t,” Van Gundy cracked. “That’s why the guy’s the MVP of the league.” “Big-time centers who could change the game, not just with their scoring, but rebounding and passing and things of that nature,” Wilkins said. “You just don’t see centers like that in today’s game.

“He’s kind of an old-school player with a new-school twist.”

Like those before him, Jokic is learning when and how to strike back – and stay in the game.