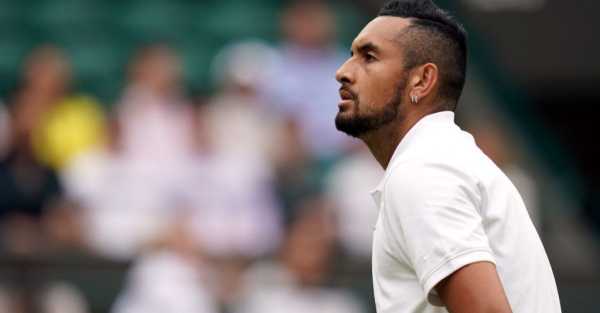 Nick Kyrgios could miss the Australian Open after testing positive for Covid-19 a week before his home grand slam.

The 26-year-old withdrew from the Sydney Tennis Classic on Monday and used social media to reveal his positive test.

“Hey everyone, I just want to be open and transparent with everyone, the reason I have had to pull out of Sydney is because I tested positive for Covid,” he wrote on an Instagram story.

“I am feeling healthy at the moment with no symptoms. I wish everyone all the best and to stay safe where you can. If all goes well I will see you at the Australian Open.”

Last week the world number 114 had withdrawn from the Melbourne Summer Set, saying an illness had sparked asthma issues, but added that a number of Covid-19 tests in the preceding days had been negative.

With the Australian Open due to begin on January 17th, Kyrgios has only a few days to recover and be cleared to return. He has not played competitively since September.

His positive test comes at a time when the build up to the Australian Open has been dominated by the controversy over Novak Djokovic’s visa battle with authorities.

Commenting on the situation, Kyrgios had revealed that he is vaccinated himself, but he spoke out against how Djokovic’s situation has been handled.

Writing on Twitter, Kyrgios said: “Look I definitely believe in taking action. I got vaccinated because of others and for my mum’s health, but how we are handling Novak’s situation is bad, really bad.

“Like these memes, headlines, this is one of our great champions but at the end of the day, he is human. Do better.”