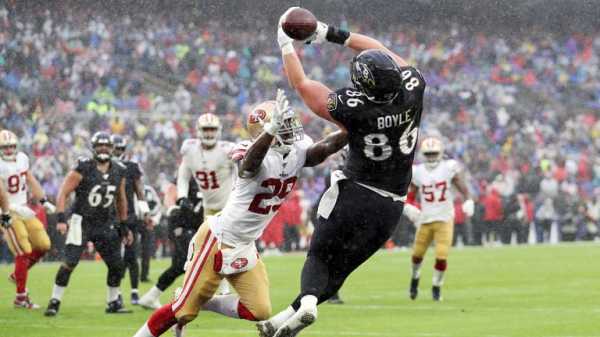 5:40 Watch the best of the action from the Baltimore Ravens’ Week 13 clash with the 49ers

The Baltimore Ravens (10-2) are currently the first seed in the AFC after prevailing 20-17 in a thrilling clash with the 49ers last time out, stretching their winning run to eight. A win against the Bills will seal their playoff berth, while the Ravens could also claim the AFC North title with a victory and a defeat or tie for the Pittsburgh Steelers against the Arizona Cardinals.

The Titans asserted their playoff credentials in Week 13 as they recorded an impressive victory over the Colts to extend their winning streak to three. Such has been their rise in recent weeks they are now second behind the Houston Texans in the AFC South and just outside the Wild Card spots. After facing the Raiders, they are due to play the Texans once either side of a clash at home to the Saints. 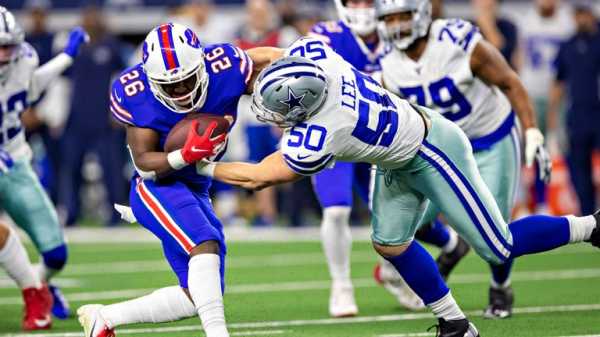 6:24 See how the Bills came out on top in their meeting with the Dallas Cowboys

Likewise, the Bills continued to shutout doubts as they beat the Cowboys on the road to also make it three wins on the bounce. They now lead the race for the Wild Card places and could yet catch the New England Patriots at the top of the AFC East, with the sides still due to meet later this month.

The Texans still have work to do with the Titans hot on their tails, but Sunday’s 28-22 win over the Patriots served as a reminder of what a threat they could be heading into the post-season. They are the third seed in the AFC ahead of their meeting with the Denver Broncos. 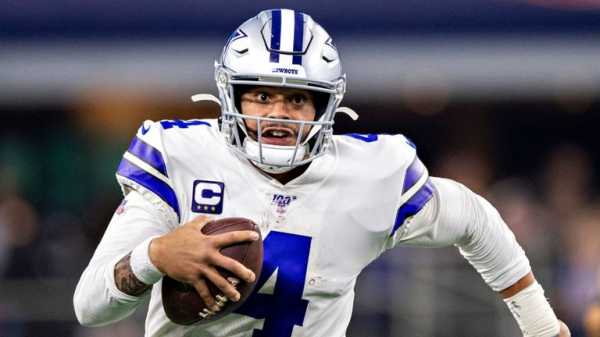 Where else to start than with the Cowboys?

The pressure is building on head coach Jason Garrett after his side fell to a crushing 26-15 defeat to the Buffalo Bills, marking their second in a row following the 13-9 loss to the New England Patriots. A team that had entered Thanksgiving boasting the No 1 offense in the league is clinging on to top spot in the NFC East, helped by the Philadelphia Eagles (5-7) losing to the Miami Dolphins on Sunday.

Back-to-back defeats have meanwhile hindered the Indianapolis Colts’ playoff aspirations, putting them third in the AFC South as the ninth seed following their 31-17 loss to the Tennessee Titans. Next up for them is a trip to face the Tampa Bay Buccaneers (5-7), who are on a two-game winning streak. 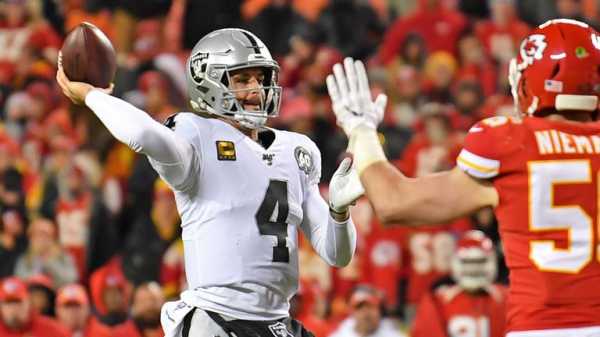 Having teased playoff potential with a three-game winning run, the Oakland Raiders were grounded by a 34-3 loss to the New York Jets (4-8) in Week 12 before being dominated 40-9 by the Kansas City Chiefs (8-4) on Sunday. Jon Gruden’s side are now the eighth seed in the AFC heading into a pivotal matchup with red-hot Titans.

The Carolina Panthers’ post-season hopes look all but over after the Washington Redskins inflicted a fourth straight defeat on them at the weekend. They now sit third in the NFC South as the 11th seed in their conference, with games against the in-form Seattle Seahawks and New Orleans Saints still to come. 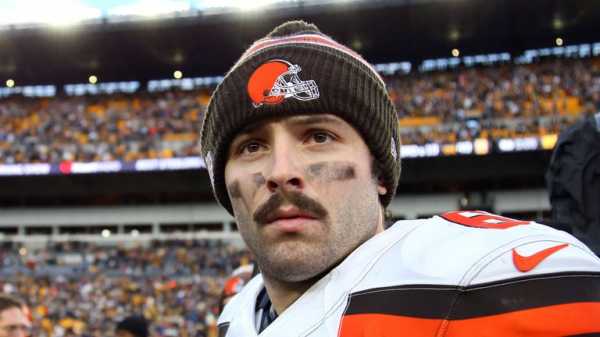 What is widely-deemed the most talented Cleveland Browns roster in a decade was dealt a major setback on Sunday as it suffered a 20-13 loss to the Steelers – who were led by third-string quarterback Devlin Hodges. They remain third in the AFC North as a result and currently occupy the 10th seed.