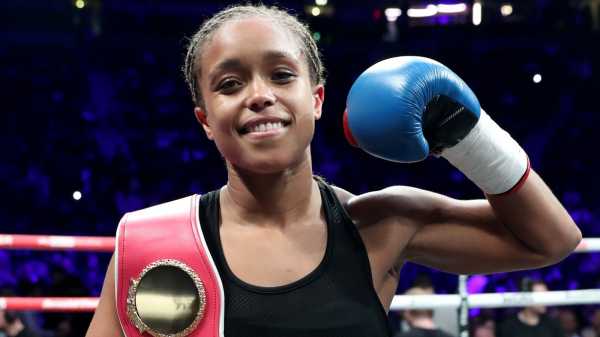 Natasha Jonas could be on an England vs Scotland collision course with Hannah Rankin after becoming a world champion.

Jonas completed her dream at the third time of asking by twice dropping Christian Namus in a two-round blowout to win the WBO super-welterweight title on Saturday.

Rankin, who holds the WBA belt in the same division and was ringside to watch Jonas, opened the door to meeting in the future. 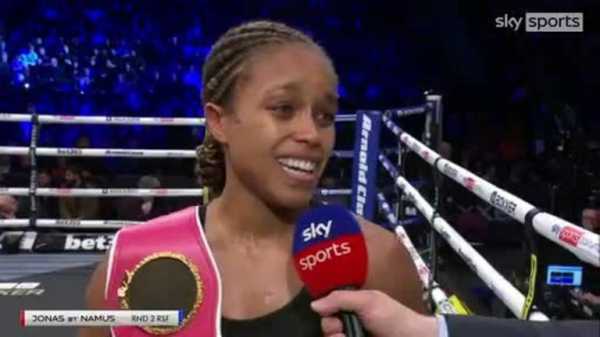 “She wants to unify next and I’m sure we can make it happen.”

Jonas said: “I respect Hannah, she’s a champion. But I believe that I can do it.

“I’m confident that I can do the business.” 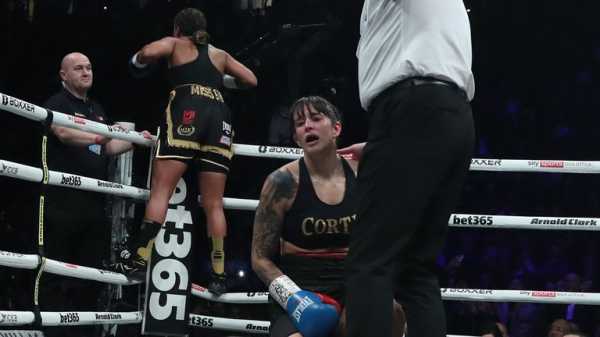 Jonas, now 37, had fallen agonisingly short in world title challenges against Terri Harper and Katie Taylor and was likely in her last chance at glory.

She had spoken about the heartbreak of previously returning home without the title belt she had promised to her daughter.

But after becoming WBO champion she said: “I can’t even put it in words. People think I exaggerate when I say it means everything, but they don’t know the sacrifices that, not just boxers, but every athlete goes through. 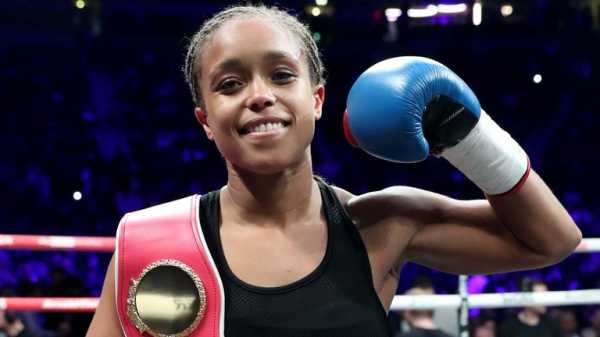 “I’ve got the most supportive friends and family in the world. My little girl is at home with my cousin. Baby… Mummy did it. This is for you.”

She said about the fight: “I was prepared for a hard battle and I knew it would be. I’ve got to give her props, she took it at short notice but I respected who she was and what she came with.

“I knew if I did everything I did in sparring and brought it into the ring, I would win. It was just a case of how I did it.

“You never want to do overtime in this sport and I had her in the first round. Joe said ‘go at her’ and that’s what I did. Luckily enough I got the stoppage.”