And Munster have insisted the province will not turn their backs on the player, despite fierce criticism because of his previous doping ban.

Grobler joined Munster on a one-year contract last summer, but a serious injury picked up in a pre-season friendly ruled him out of action until last month.

He then played a couple of games that helped Munster A into the semi-finals of the B & I Cup in which they will meet Leinster A at Donnybrook on March 30.

It was at this point that the player’s history attracted prolonged media interest, with Munster and the IRFU drawing criticism for signing Grobler because of his suspension for doping in South Africa in 2015.

The player was 23 at the time of his doping offence and rated a highly promising second-row forward until he admitted to taking the anabolic steroid Drostanolone and served a two-year ban.

With the IRFU professing to hold a ‘zero-tolerance’ approach to doping, many have expressed the belief that Munster should not use the player.

But the province confirmed today that he will continue to be regular squad member, insisting “it would not be within the spirit and values of rugby to turn its back on every person that ever made a bad decision, having made restitution”.

A joint statement from Munster and the IRFU read: “In relation to Gerbrandt Grobler’s selection for the province, Munster Rugby and the IRFU wish to reiterate that Gerbrandt, as a member of the Munster squad and living by our values, will continue to be considered for selection during his time with the province, once deemed fit. 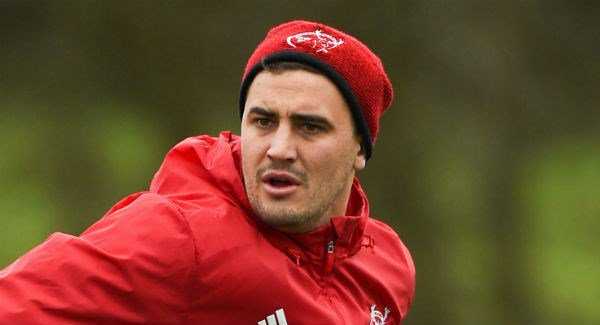 “While some hold the view that rugby should provide no road-back for those that have taken a banned substance in the past, it would not be within the spirit and values of rugby to turn its back on every person that ever made a bad decision, having made restitution.

“Irish Rugby is recognised as operating one of the most stringent testing environments of any rugby nation with a zero tolerance approach to doping in the sport.

“The province and Irish Rugby are fully supportive of all WADA and World Rugby anti-doping policies.

“Gerbrandt Grobler served a two-year ban from rugby and returned to play for Racing 92 in November 2016 as per the process set out by World Rugby.”