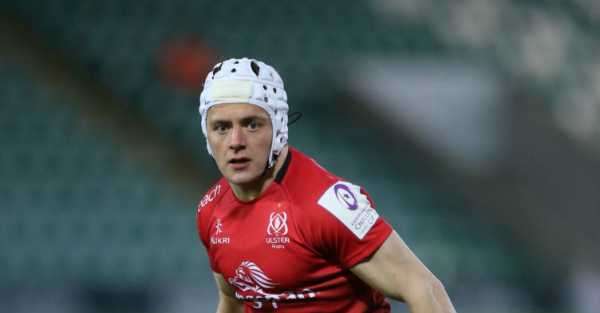 The selection of the in-form Ulster full-back brings to an end Hugo Keenan’s run of 18 consecutive Test starts.

Fit-again captain Johnny Sexton has to settle for a place among the replacements, while lock James Ryan has been ruled out by adductor issue, meaning flanker O’Mahony will skipper the side.

Joey Carbery has retained the number 10 jersey ahead of the influential Sexton, who has overcome the minor hamstring issue which kept him sidelined in Paris.

Hooker Sheehan and lock Baird make maiden Six Nations starts due to the injury absences of Ronan Kelleher and Ryan in an otherwise unchanged front five.

Andrew Porter continues at loosehead prop, with Leinster team-mate Tadhg Furlong carrying on at tighthead, ahead of the new second-row pairing of Baird and Tadhg Beirne.

In the back row, Caelan Doris switches to the centre, with O’Mahony coming in at blindside and Josh Van Der Flier continuing at openside, pushing Jack Conan to the bench.

Lowe has been restored on the left wing after injury ruled him out of the opening win over Wales and subsequent loss to Les Bleus, meaning Mack Hansen moves across to the right in place of Andrew Conway.

British and Irish Lion Henshaw has been preferred to Bundee Aki at inside centre and will partner Garry Ringrose in midfield, behind scrum-half Jamison Gibson-Park.

Craig Casey is selected ahead of Conor Murray as the back-up number nine and is joined on the bench by Sexton, Conan, Rob Herring, Dave Kilcoyne, Finlay Bealham, Kieran Treadwell and James Hume.