Few Limerick fans were as emotional as John Hunt yesterday. 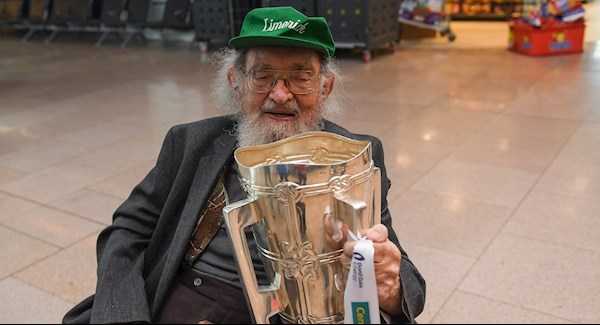 The 98-year-old Athea native flew in from his Chicago home for yesterday’s victory having witnessed the Treaty men claim the Liam MacCarthy Cup in 1936 and in 1973.

“My father took me to my first All-Ireland final against Kilkenny in 1936 and it was the wettest day that ever came to Croke Park.

“I can still see Mick Mackey running the length of the field with the ball in his left and the hurley in his right and the referee didn’t see a thing because of the rain. That was a good day as Limerick were crowned the champions.

“Mackey was one of the greatest I ever saw. He was a huge powerful man and you didn’t want to get in his way.”

Hunt would later move to the States but instead of diminishing his love for the GAA, his passion for gaelic games grew and prospered.

He formed the Young Ireland Hurling Club in Chicago, which would in later years become known as the Limerick Hurling Club.

But it was in administrative roles that he made his most impressive mark, becoming the first American GAA Board chairman in 1964 and he subsequently represented US interests at GAA Annual Congress for many years.

The honorary president of Chicago GAA continued: “I came home for the 1973 All-Ireland final to see Limerick win and brought my wife and my son to that one.

“And here I am 45 years later with my grandson, Ed, to see Limerick win another All-Ireland.

“Limerick controlled the game up until the last few minutes but I don’t think you could find anyone who would argue with this result. Limerick are deserving champions.” 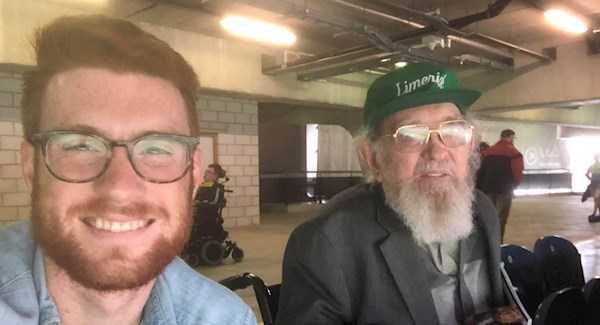 Given the decades of hurling and hurlers he has witnessed how do John Kiely’s men compare with the illustrious names of the past like Cregan, Grimes and Mackey?

He smiled: “The past teams were very good hurlers but the hurlers today are more scientific in their preparations and they have more speed today than those players in the past.

In years gone by players might drink a pint or two the night before a game or have a feed of bacon and cabbage, but there is none of that now. The old timer was a different man and a different player.

“I’m so excited now, I was so thrilled. You haven’t an idea of how I feel. I had a great ticket to a great game.

“My grandson wheeled me in a wheelchair and at 98 I’m lucky to be wheeled anywhere! Thankfully St Peter was’t at the gate collecting my ticket today! But any time that Peter is ready he can pick my ticket up now!”