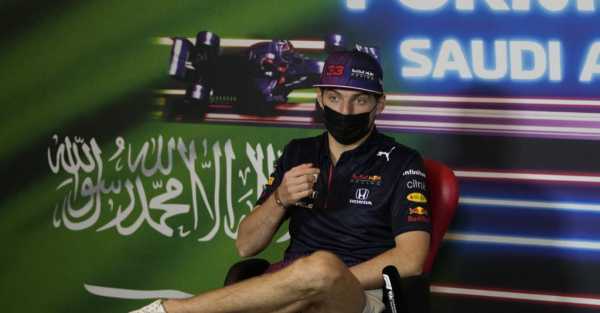 Max Verstappen admits seven-time Formula One world champion Lewis Hamilton is “better prepared” for a title fight but does not believe the extra experience gives his rival the upper hand with two races remaining.

While Hamilton seeks a record eighth drivers’ crown, Verstappen is looking to claim his first title after a fine season with Red Bull.

The Dutchman sits eight points clear at the top of the standings but heads into this weekend’s F1 debut in Saudi Arabia on the back foot, with Hamilton winning the last two races in Brazil and Qatar.

Hamilton, 36, claimed his first title back in 2008 and has racked up a further six in the past seven seasons as both he and Mercedes have dominated the sport.

“I think it’s natural of course that when you are in this stage of your career you are better prepared than what you were in your first or second, when Lewis was fighting for his first title,” said the 24-year-old Verstappen.

“I think it’s a natural progression and it’s very normal. I also feel much better prepared and more experienced than when I first came into Formula One.

“No, I don’t think that makes a big difference, because otherwise it would have shown already throughout the season.”

Asked about his own progression from winning in his second season at McLaren to potentially surpassing Michael Schumacher to become Formula One’s first eight-time champion, Hamilton revealed the “sleepless nights” are now a thing of the past.

“There are a couple of bits, it is different in one sense because we have got two incredibly close teams, as a team we are fighting in uncharted territory, no team or driver has won eight titles. It is fresh and new.

“On the other side I am more relaxed than I have ever been. I have been around a long time and I remember how I was for my first championship, even my second and third, the sleepless nights and things.

“I’m more sure about myself, I can’t change anything from the past but all I can do is prepare the best I can for what is ahead of me and I know I can.”

Hamilton and Verstappen have had comings together, disagreements and wheel-to-wheel racing in 2021 but one thing the pair can agree on is that the spectacle of a close title fight is good for F1.

“I think for the sport, naturally with the growth of what has happened, we have got new people coming in and it is the perfect time for them to come in because it is one of the most exciting times the sport has had in a long time, that is a positive,” added Hamilton.

While Verstappen said: “Fighting against Lewis in general has been good for the sport. It’s a young guy against the established world champion, multiple world champion, and I think it’s just very exciting.”