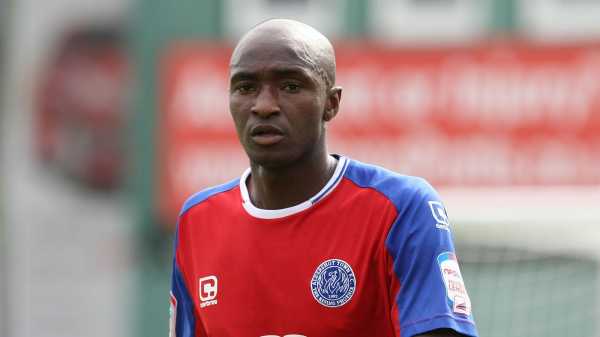 Marvin Morgan, a former striker turned entrepreneur and campaigner, has died at the age of 38.

Born in Manchester, Morgan is remembered for spells in the Football League at both Aldershot between 2008 and 2011 and Shrewsbury between 2011 and 2013.

He also had loan spells elsewhere in the Football League with Dagenham & Redbridge and Hartlepool, either side of a two-year spell with Plymouth Argyle.

Having started in non-League with Wealdstone and Yeading, Morgan finished his playing days with Hornchurch in 2019, following spells with Hendon, Beaconsfield Town, Potters Bar Town and Wingate & Finchley.

Morgan founded Fresh Ego Kid, a clothing brand worn and endorsed by many Premier League footballers and other celebrities.

He was also an anti-racism and anti-discrimination campaigner, setting up his own football team Fresh Ego FC to raise awareness around racism in football.

Chelsea’s Callum Hudson-Odoi was among the first to pay tribute to Morgan in an Instagram story, which read: “Hearing this news this morning is a tragedy!! RIP brother, you’ll be truly missed.”

Romelu Lukaku and Ashley Young also took to social media to express their sadness at the news of Morgan’s passing.

Chelsea forward Lukaku wrote on Instagram: “This is some s*** news man. RIP my brother you will be missed.”

Meanwhile, Aston Villa full-back Young tweeted: “Sorry to hear the sad, sad news this morning about Marv. I’m lost for words, to think we was just joking the other week. RIP Bro.”