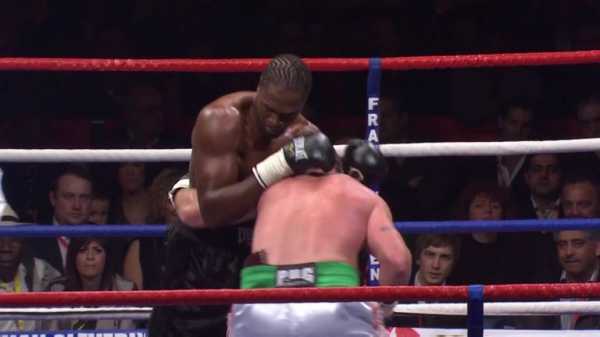 1:04 Rogan claimed a points win after a gruelling brawl against Harrison in London

“To fight an Olympic gold medallist in his own land. There I was, the underdog, 37, not boxed for long, the big underdog. I think he tells lies about his height. He says he’s six feet five inches, but he seems taller, like six-seven.”

So, an ageing novice beats a bigger, taller, pedigreed opponent. How does that happen?

“What I did show against Audley was guts, determination and fight. I was catching him and he couldn’t get away. Ian John-Lewis was the referee, a great, nice man and if he’d have given Audley warnings for holding earlier, it would have been over earlier.

“For me to beat him, when I didn’t make it to the 2004 Olympics was great. That fight was my Olympics.”

Rogan’s confidence shouldn’t be confused with disregard for Harrison, who revived interest in Britain’s heavyweight scene.

“Audley shouldn’t be disrespected. He brought the sport back into the limelight.”

People who’d tracked the early chapters of the Martin Rogan story perhaps wouldn’t have been surprised by the win over Harrison. Three years into taking up amateur boxing, he’d won the Ulster Championship and the Irish Senior title, and even tried to reach the Athens Olympics.

“I went to the qualifiers in 2004. But I ended up against Mariusz Wach, who went on to fight Wladimir Klitschko for his world titles, and unfortunately I got beat,” Rogan recalled.

Given his aptitude and enthusiasm for boxing, you can’t help but wonder, why did he wait so long to try it?

“My mother wasn’t very keen on that (boxing). I’d grown up in west Belfast, with a lot of conflict. She wanted me to be involved in team sport. I played hurling and Gaelic football, which is really physical. I knew I had the ability to go into a contact sport like boxing.” 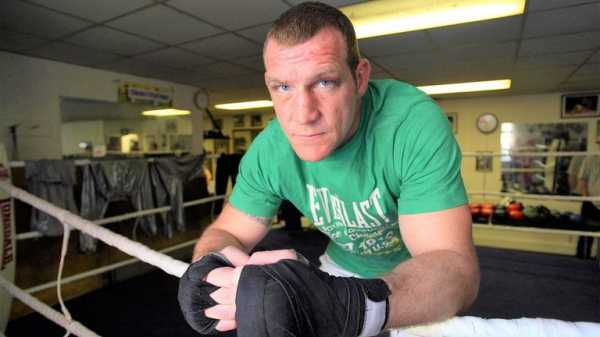 Indeed, it wasn’t the visceral lure of hand-to-hand combat that drew Rogan in, but boxing’s inherent individualism.

“I was 29 and a half. We lost a hurling semi-final at Cushendun, and everyone was blaming everyone else. That’s the thing in team sport. I thought, ‘I want something for myself. If I win, I win. If I lose, I lose, it’s up to me.’

Three and a half years on from that resolution, after his Olympic dream died at the hands of the Polish giant Wach, Rogan became a professional boxer at the age of 33.

“I was approached by trainer John Breen about going pro, and I said, ‘you know what? I’m going to go for it.”

Not that Rogan gave up his day jobs, just adjusted them to aid his conditioning.

“I was driving a lorry and delivering those big water bottles for the coolers. I’d be running upstairs in buildings with a bottle under each arm to get my fitness up.” 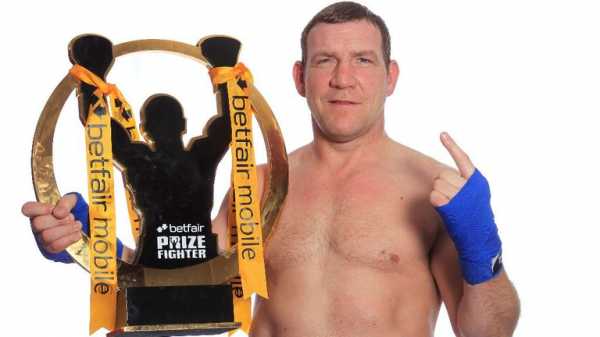 Rogan teamed up with Breen in August 2004 and made his debut that October, stopping Lee Mountford at Ulster Hall.

“The crowd were ecstatic! ‘Who is this guy? Never boxed before!?’ They called me wrecking-ball Rogan,” he says laughing.

Rogan made slow progress from there, moving to 7-0 after three years as a pro. But then he got wind of a new tournament called ‘Prizefighter’ which ignited his career.

“John said, ‘are you sure? These guys in this have been boxing a long time.’ I said, ‘John, if I go into Prizefighter, there’s only one outcome. I’ll win. You train me and I’ll promise, I’ll do it.”

He kept his word. A month before his 37th birthday, in April 2008 he beat Alex Ibbs, David Ferguson and David Dolan to take the title.

Things began to accelerate. Rogan beat Harrison and then arguably hit the high point of his career in February 2009, stopping Matt Skelton to win the Commonwealth title.

“People were telling me, ‘don’t take it Rogie, he’s a bull.’ He’d lost to Ruslan Chagaev for a world title on points. But I said, ‘calm down. It’s not you in there. I’ll beat him. It’ll be a tough fight, but I’ll beat him.”

Tough it was. A gruelling back-and-forth fight unfolded, with Rogan prevailing in the 11th round. 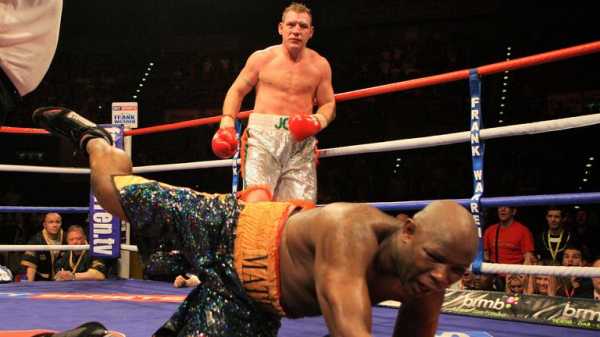 “It was an honour to share the ring with him. Absolutely fantastic. They called him the ‘Bedford Bear’ and in the second round he came over and roared at me, I just yelled straight back at him, ‘raahhhh.’ I think that was the turning point. He realised ‘this man does not fear me, he’s two stone smaller than me but he doesn’t fear me one bit.”

Rogan’s rise through the ranks in his late 30s was even more remarkable given he rarely sparred.

“Sparring wasn’t really for me. I just wanted to unleash, but you’d get told off for that, and I’d just get hit moving around, so I tended to work on things on the bag and watch videos.”

He did recall one memorable session though, when he was asked to spar a 17-year-old called Tyson Fury. 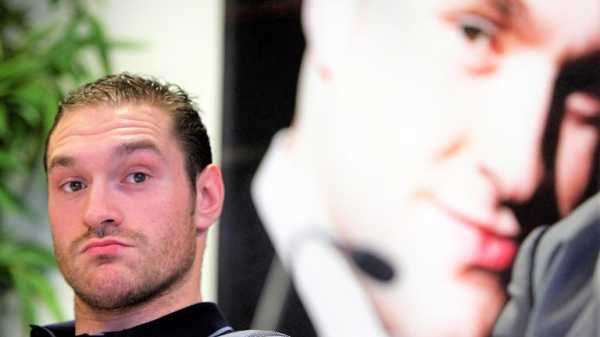 “I looked round and he came in having to duck to get under the door. I couldn’t get over the size of him. We did a couple of rounds. Afterwards, we were sat on the apron ring and I said to him, ‘you should stick to this and no doubt you could become a world champion.”

Fury fulfilled that prophecy, despatching Rogan en route. In April 2012, a month shy of Rogan’s 41st birthday, the pair met at The Odyssey Arena in Belfast for the Irish title. Despite applying early pressure, Rogan lost to a fifth-round body shot, although maintains he should have been allowed to battle on.

Fury chose to fight Rogan in a southpaw stance, showcasing the skills that have since bedazzled the world’s best. But Rogan is adamant that Fury’s power is arguably his greatest and most underused asset.

“When Tyson Fury jabs you, you stay hit for at least 30 seconds. I think Tyson would stop Anthony Joshua in six rounds, if he leans into his punches. If Tyson Fury would take some advice from an old man like me, the amount of power he has is frightening.” 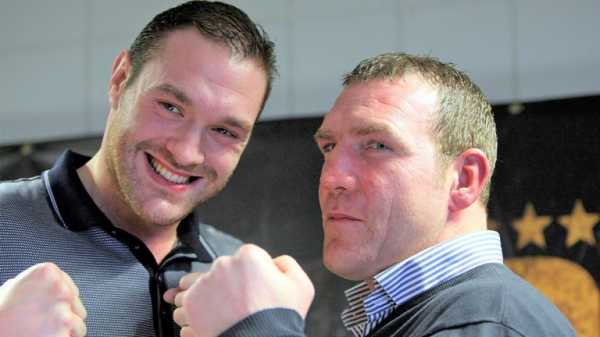 Rogan’s remarkable career as one of the sport’s underdogs is an inspiration to any would-be boxers, but the 49-year-old also hopes that his achievements transcended any divides in his home city.

“I grew up on the green, white and orange side of the Peace Wall. People on the other side would be red, white and blue. But it comes down to personality. If you’re nice to me, I’ll be nice to you.

“When people go to boxing, they just support the boxer.”

Six years have passed since Rogan last boxed, a loss to Michael Sprott in another three-round tournament in New Zealand. His career record reads 16-6, spread over 10 improbable years.

He’s now a fitness trainer, inspiring clients these days, but his place in boxing lore is assured as the hurler turned fighter, who defied all of the sport’s old adages to become a champion.

“People said, ‘you have to start boxing at eleven or twelve to make it. I said, ‘well if that’s the case, I won’t make it.’ I knew if I put my head to it, I could do it. Boxing was quiet, north and south, I brought the life back.”