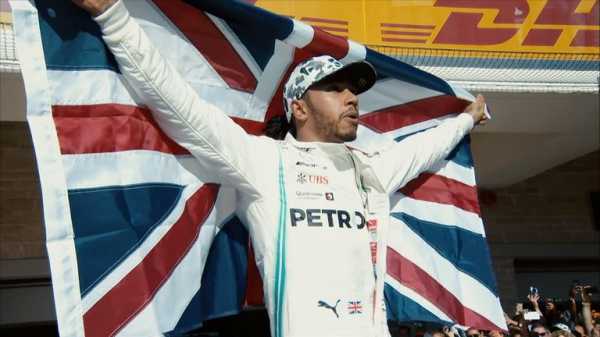 2:13 A look back at the rise of Lewis Hamilton to becoming a six-time Formula 1 world champion

He’s ahead in other aspects such as pole positions, and frankly, it’s not out of the question he could easily have seven or eight titles already, with a touch more luck and a following wind in 2007 and 2016. Although 2008 did involve some good fortune in Brazil.

I’ve often said I feel the optimum crossover between youth and experience in F1 is between 28 and 34 years old. Lewis is 35 in January and so I may have to revise that given drivers’ personal fitness and the safety and integrity of the cars and circuits now. It’s motivation, eyesight, reaction and judgement which can fade today, but they are all so well-conditioned and cared for. After all Kimi Raikkonen is still flying along quite nicely at 40.

Outlining Lewis’s talent and achievements above is a good reminder of the level of excellence the Finn delivered again to outshine his team-mate from pole position. It’s his fourth victory this season and on all of those occasions Lewis was also on the podium, so he’s not just lucking in when Lewis has problems. He has the pace and delivery.

Interviewing him directly after the race was a good reminder of the pain he was taking as Lewis was champion yet again using the same equipment. He was punishing himself for that. They do have the luxury of the best car and team combo, but they navigated themselves into that opportunity. It wasn’t a truly great race but it had it’s moments with Bottas twice overtaking Hamilton, and another fine drive from Max Verstappen to keep them both honest with his Red Bull, eventually finishing just five seconds behind Bottas and suffering a yellow flag which prevented him having a run at Hamilton for second place.

Max couldn’t quite, therefore, split the Mercs. He’d already needed a new rear wing on the grid after a cracked end-fence was spotted. Then he mysteriously lost an important piece of floor at some point meaning that he lost a lot of aero performance.

After his Mexico yellow-flag pain in qualifying, Max made me smile when he said in the press conference ‘there was a yellow flag, so of course I lifted’.

Hamilton’s pace on heavily used tyres was once again stellar as he went from fifth to second after a slightly scruffy qualifying. Or in his terms ‘dropping the ball’ on Saturday afternoon.

The Prancing Horses had a mare. It was team boss Mattia Binotto’s 50th birthday but he received no presents as Seb Vettel retired with suspension failure over the brutal bumps and kerbs, and Leclerc finished 52 seconds behind albeit with a new lap record and the associated world championship point to go with it. 1:19 See how Sebastian Vettel dropped out of the US GP after breaking his suspension at the Circuit of the Americas.

Both Ferraris struggled horribly for grip in the opening lap, their front tyres particularly reluctant to warm up. Many in the paddock are ready to explain, with supporting data, that the Italian team has lost performance because a regulatory spotlight has been shone on the remarkable power their ‘engine’ has been able to pump out during various parts of a lap so far this season.

It will be interesting to see how Ferrari perform in Brazil and Abu Dhabi, but certainly, their prodigious top speed was absent in Austin, although that can also be because of downforce levels with the angle of wing applied.

The bumps and kerbs were brutal in Austin this year, and the vibrations across some of those were dismantling aero pieces all race long. The 2021 regulations should clean a lot of that up, I’m really fed up hearing drivers talk of significant lost race performance due to chunks of their carbon jewellery being knocked off or plain falling off.

These are the Drivers’ and Constructors’ Championships, not the ‘most complex aero furniture’ championship. 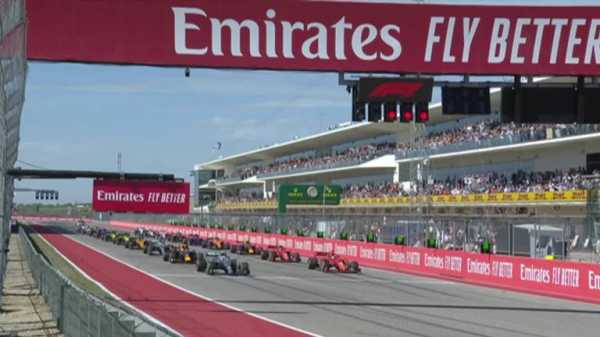 2:04 Watch the drama of the United States GP’s first lap, in which Albon and Sainz came together…

Alex Albon had a fine drive through the field again albeit on a three-stop strategy after contact in the first corner. It was simply one of those ‘three into two’ won’t go scenarios between him and particularly Carlos Sainz. Albon made a lot of very clean passes along the way, although as he humbly said, it helps if you have a very fast car.

He must surely have done enough to claim the Red Bull seat for 2020, although Pierre Gasly is performing well again in the Toro Rosso now the pressure is off.

Sergio Perez drove a fine race from the pit lane after a practice weighbridge indiscretion to 10th place. He’s solid as a rock.

Another driver in great form is Daniel Ricciardo for Renault. It’s largely by dent of counter strategies to pull a points-scoring result out for the team, but he’s driving very well.

As are the McLaren boys of Carlos Sainz and Lando Norris, and Lando was especially impressive in the race. 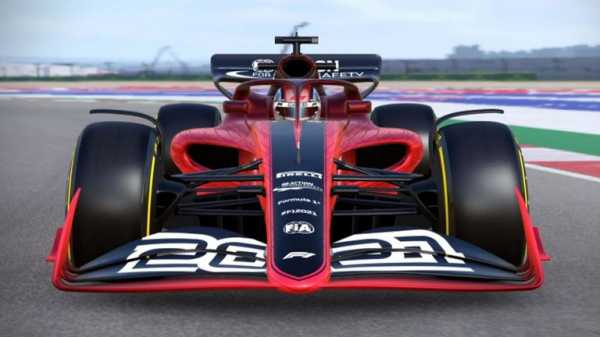 25:58 A special Sky Sports feature covering the Formula 1 rule changes, that will come into effect from the 2021 season

We covered the newly-announced 2021 regulations in many of our Sky F1 shows over the Austin weekend. I’m largely very supportive of the more elegant and simplified designs, and controls on the runaway budgets required to get anywhere near an F1 podium, or even top 10.

All that matters is that they level the playing field for all 10 teams as much as possible, and that the cars can run side by side and nose to tail on suitable tyres for much of the race. Depending on what gets changed and reverse engineered in the interim I suspect we are 60/70 per cent there. It’s work in progress and everyone realises that 2021 is the start of the process for ‘new F1’, not the end.

Meanwhile, it’s imperative to keep all four engine manufacturers and at least 10 teams totally engaged into the future. We’ll see.

Don’t miss the rest of the Formula 1 season on Sky Sports F1. Find out more here to subscribe