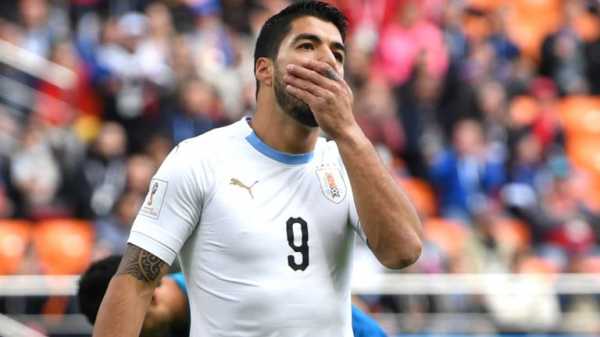 Luis Suarez endured a dismal afternoon in front of goal as Uruguay left it late to beat Egypt 1-0 in their World Cup opener. Are his struggles ominous for a side many have tipped to go far in the tournament?

Suarez was already wheeling away in celebration when the ball left his foot. Four yards out and unmarked following a corner, it seemed that just 24 minutes into Uruguay’s Group A opener against Egypt, one of the main protagonists of the last two World Cups was on the verge of opening his account for the 2018 edition.

Moments later, however, and instead of sliding on his knees in front of jubilant supporters in sky blue shirts, Suarez was cupping his hand to his mouth in disbelief. The striker, scorer of 31 goals for Barcelona last season, had dragged the chance into the side netting. It would not be the last time he fluffed his lines on a frustrating afternoon in Yekaterinburg.

Jose Gimenez’s late winner ensured it did not prove costly in the end, but Suarez’s struggles will cause some alarm nonetheless. He had netted six times in his previous eight appearances for club and country, the latest coming in Uruguay’s final warm-up game against Uzbekistan last week, but he was badly out-of-sorts against a Mohamed Salah-less Egypt.

The first sign of it came after just 14 minutes, when he played Guillermo Varela into space on Uruguay’s right, only to awkwardly miscue the full-back’s return cross. Suarez was in a difficult position, in truth, but it was still a surprise to see the ball bobble out for a goal kick. 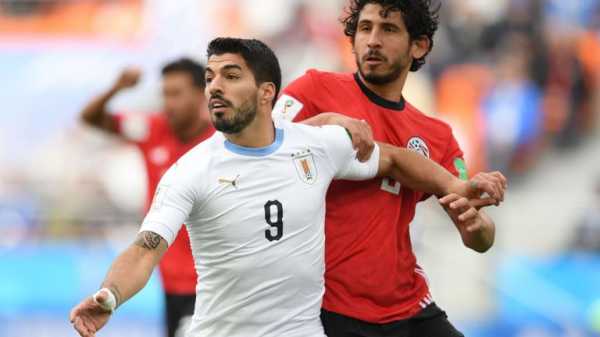 There was another miss straight after the break, when he fired a low effort into the legs of Egypt goalkeeper Mohamed El-Shenawy after being played in by Edinson Cavani, and he spurned an even better opportunity later in the half, needlessly delaying his shot following another cute pass by Cavani and allowing El-Shenawy to come out and claim it.

It was not just the misses, either. Suarez looked sluggish and clumsy on the ball. The statistics showed he was dispossessed four times, the joint-most of anyone on the pitch. He also finished the game with the lowest passing accuracy (69 per cent) of any Uruguay player.

At times, the frustration of his team-mates was clear. Cavani played well overall, creating chances for his strike partner and hitting the post with a sweetly-struck free kick in the closing stages, but he reacted angrily when Suarez ran the ball out of play at one point in the first half and it was understandable.

Suarez did create one opportunity for Cavani, cushioning a header into his path for a volleyed effort saved by El-Shenawy, but it was fitting that his final action of the game was to tread on the ball and lose possession in Egypt’s box. An altercation with Ahmed Hegazi, when Suarez went down typically theatrically, was the only sign of the player as we know him best. 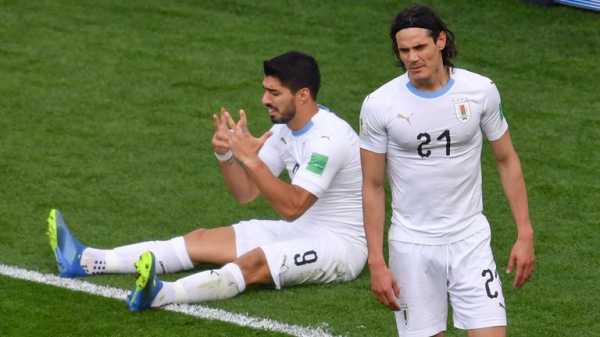 Uruguay will hope it was merely an off-day, but fatigue is a genuine concern. Suarez has been practically ever-present for Barcelona over the last three years, racking up more than 150 appearances. Last season, Lionel Messi was the only Barcelona player to play more minutes. In 49 starts, Suarez was only substitute on four occasions.

Barcelona do not have the attacking depth to cope without Suarez and Uruguay are similarly dependent on him. Cavani was the more prolific of the pair during their World Cup qualifying campaign, but Suarez is the talisman, the man they look towards to take the game to the opposition and drive them forward.

Their remaining group games against Saudi Arabia and Russia will provide opportunities for Suarez to rediscover his form – they might even provide Oscar Tabarez with an opportunity to give him a rest – and with Spain or Portugal their most likely opponents in the last 16, Uruguay certainly need him back at his best sooner rather than later.