James Milner was sent off in Liverpool’s 4-3 win over Crystal Palace after picking up two yellow cards.

But it turns out he knew the referee a lot better than most players. 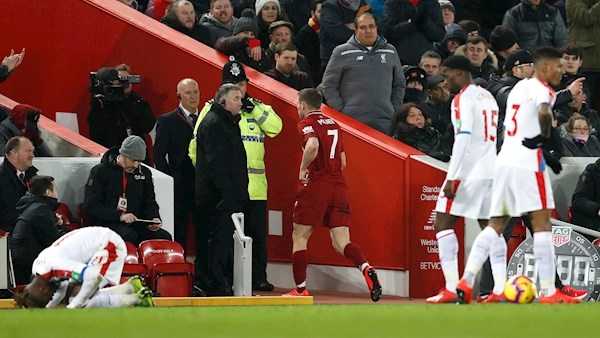 James Milner heads for the tunnel after being sent off against Crystal Palace. Picture: PA

After Jon Moss showed Milner a second yellow, sending him for an early bath, it transpired that Moss was the 33-year-old’s former PE teacher.

After the game, Twitter uncovered an old team photo including both Moss and Milner.

According to the BBC, Moss taught Milner about 20 years ago and “recalls him as being a talented sportsman and good at cricket too.” They also state that the Premier League confirmed the photo is real.