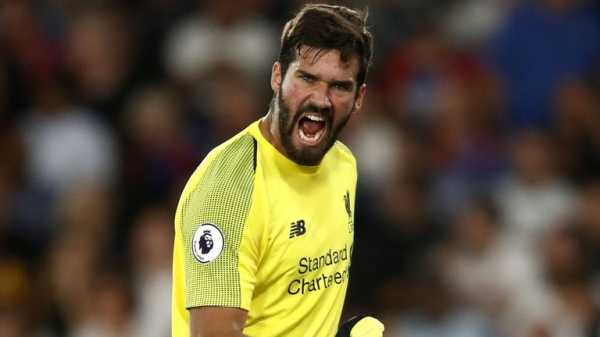 Liverpool’s attack remains devastating but if their 2-0 win over Crystal Palace on Monday Night Football is any indication, Jurgen Klopp now has a top-class defence as well, writes Adam Bate.

Liverpool’s attacking potency was never in doubt, so the fact they scored twice away to Crystal Palace was no great surprise. The home side even managed to keep Mo Salah off the scoresheet – he had to settle for winning a penalty and providing an assist instead. But the difference this season could be that Liverpool looked so assured in keeping a clean sheet.

They have blown teams away under Jurgen Klopp but they have rarely seen out a tight game as well as they did under the lights at Selhurst Park. It is over a year since they won any match 1-0 and the only reason they did not do so here was because of their defence – specifically the towering centre-back who won the header that sparked their counter-attack. 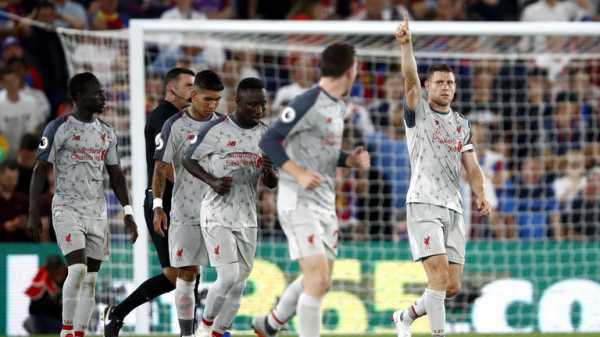 “Tonight is the reason why you spend £75m on Virgil van Dijk,” Jamie Carragher told Sky Sports afterwards. “There were two or three minutes to go and Liverpool give away a free-kick in a dangerous position. He wins the first header and it goes out for a corner. Then the next one comes in and that is where the breakaway comes, and that’s the goal.”

Van Dijk was a colossus at the back for Liverpool, taking responsibility when it mattered. While he has shown himself to be a ball-playing centre-back, this was one of those evenings where his ability in the air was the key. He made eight clearances – as many as all of his team-mates combined. He won 16 aerial duels too. 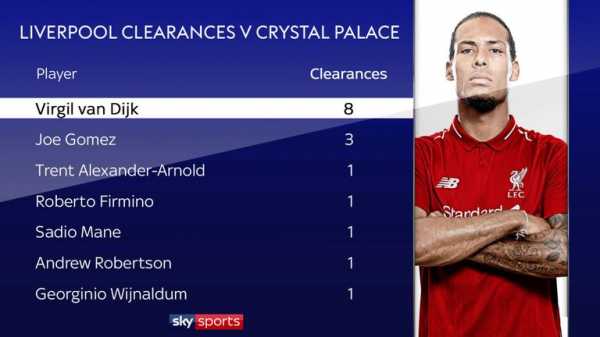 It was a battle with Christian Benteke, one of the most physical forwards in the Premier League, and Van Dijk dominated throughout. “We know how direct Crystal Palace are looking for Benteke,” Van Dijk told Sky Sports afterwards. “It is always going to be tough, it is always going to be hard, but we were prepared for it and we were ready for the fight.”

Klopp praised his January signing for the way that he coped with the challenge. “In a game where the opponent plays that many long balls I do not know a lot of centre-halves who can deal with that against Christian Benteke like Virgil did tonight,” the Liverpool manager told Sky Sports. “It gives me and it gives us a lot of confidence in these situations.” 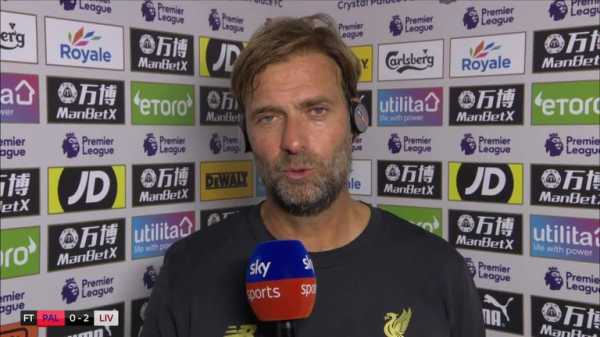 5:10 Jurgen Klopp was particularly pleased by Liverpool's clean sheet away from home

The statistics show how much of an impact that Van Dijk has had on this defence. In the 16 Premier League games that he has played for his new club, they have conceded only 10 goals. Extrapolate that over a season and it would mean conceding only 24 goals – something no team has done in almost a decade. He has brought calm at the back.

If there was a missing piece in the defensive puzzle it was in goal. But Alisson too has made a difference. His quality with the ball at his feet is already obvious. As well as his ice-cool distribution, the Brazilian has the range of passing to help spring counter-attacks for Klopp’s team – a potent weapon given the identity of his new team-mates in attack. 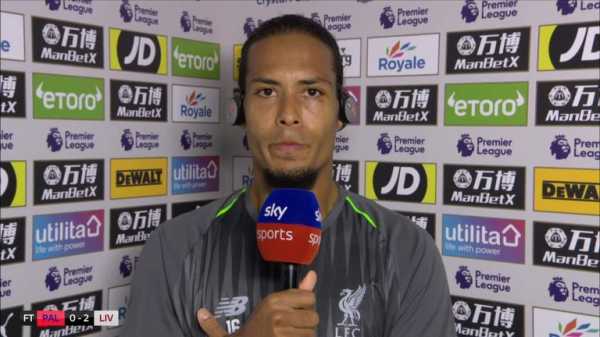 2:58 Van Dijk won his battle with Christian Benteke and had praise for Alisson

More importantly, he can pull off a save or two. Klopp thought Luka Milivojevic’s second-half free-kick was in and Alisson also took pressure off the defence in claiming the balls that came into his box. “You see how composed he is, the presence he has,” said Van Dijk. “He is a fantastic goalkeeper and we are happy to have him in the team.”

With seven goals in their first two games, it has been a case of same old Liverpool in one respect. But if Klopp’s team are to challenge reigning champions Manchester City for the title, it is what happens at the other end of the pitch that could define their season. It is two wins and two clean sheets now. Alisson and Van Dijk are making the difference.