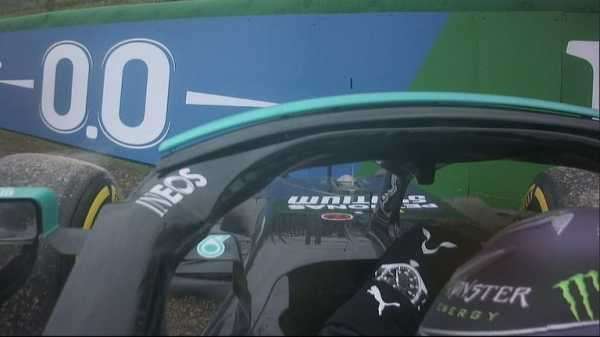 WATCH: Lewis Hamilton slides off into the gravel while running second and hits the barrier but manages to reverse and continue with his race.

Lewis Hamilton admitted “impatience” got the better of him in the mistake that cost him a chance to beat Max Verstappen to victory in an epic Emilia Romagna GP.

But the seven-time champion explained why he “refused in that moment to believe the race was over” while he sat in his Mercedes facing the barrier seemingly marooned in the gravel.

Hamilton had been attempting to catch Verstappen after the pit stop for dry tyres when he slid off into the gravel nose-first while lapping George Russell at a still-slippery Tosa corner. The front of the Mercedes nudged the barriers and, with Hamilton’s Mercedes initially appeared stuck, it appeared he was heading for his first race retirement since 2018.

But the Briton stayed patient and eventually managed to engage reverse gear and backed his way onto the circuit, pitting for a new front wing. With the race soon suspended for a nasty collision involving Russell and Valtteri Bottas, Hamilton’s team-mate, the world champion eventually restarted the race in ninth and left with it all to do. 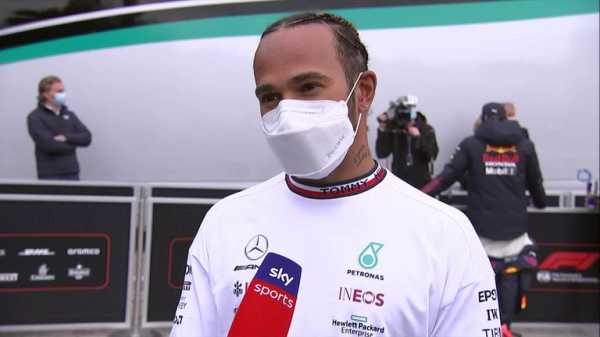 2:29 Lewis Hamilton says he’ll learn from his mistake after fighting back from ninth to finish second after recovering from an error in the Emilia-Romagna Grand Prix.

But he drove impressively – and, crucially, error free – from there onwards to overtake seven cars and regain the second place behind Verstappen he had originally dropped out of.

“Today was a rollercoaster of emotions,” a relieved Hamilton told Sky Sports F1.

“First, I want to acknowledge and congratulate Max, he did a solid job today to not make mistakes in the trickiest of conditions. 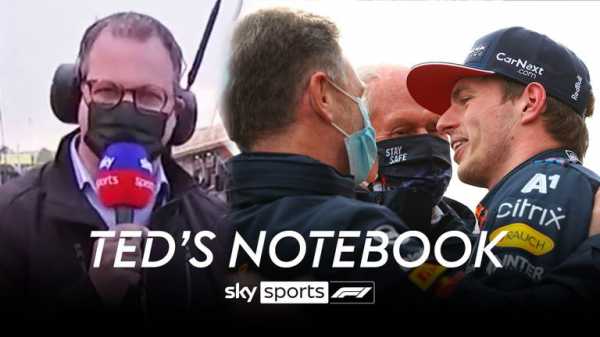 “What can I say? It was looking good from the get-go. Obviously, I lost position to Max at the start which made it tricky, but then I was catching there and so it was getting exciting but there was only one line and I was probably a bit too impatient I would say, which is rare for me.

“Just got caught out on the wet patch, off towards the wall and I was there for a long time.” 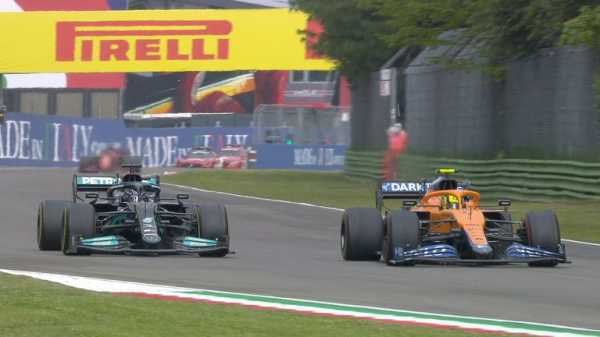 1:23 Lewis Hamilton overtakes Lando Norris in the final stages of the race to reclaim second position.

Explaining how he was determined not to end his afternoon beached in the gravel, Hamilton said: “I didn’t know what to do but I opted to reverse because if I’d gone forwards I’d have just wheelspun and got stuck.

“But I refused in that moment to believe the race was over. So I was trying to get it into reverse and it was taking forever to get it in and eventually I just reversed out the whole way.” 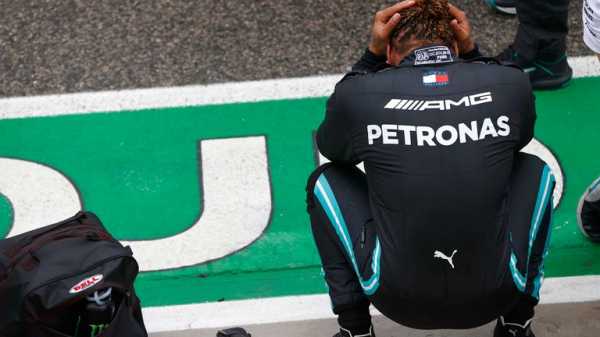 During the race suspension when drivers were able to get out of their car in the pit lane, Hamilton was seen crouching down with his heads on his head in apparent frustration at his costly mistake.

“Getting back into that second place and getting over that hump when we had to get out of the car and get back in, just head back down. I enjoyed it.”

After passing McLaren’s Lando Norris for second place on lap 60, Hamilton then secured the bonus point for fastest lap – meaning he stayed one point ahead of Verstappen at the top of the championship standings after the season’s first two dramatic rounds.