Munster have moved top of Conference A of the Guinness Pro14. 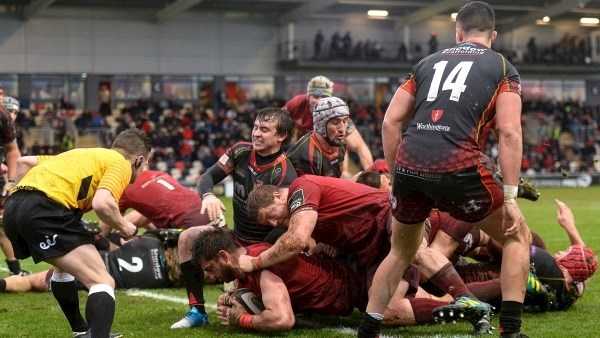 Jean Kleyn of Munster goes over to score his side’s first try during the Guinness PRO14 Round 14 match between Dragons and Munster at Rodney Parade in Newport, Wales. Photo by Ben Evans/Sportsfile

“We’ll take that win, it was really tough conditions,” he said.

“They stuck to their plan pretty well. We were lucky at the end with the missed penalty but I thought we closed the game pretty well in the last seven or eight minutes.”