Dundalk manager Stephen Kenny was delighted with his side’s performance last night, as they opened up a three-point lead at the top of the SSE Airtricity League Premier Division table.

Goals for Michael Duffy and Pat Hoban gave them a 2-0 win against Sligo Rovers at the Showgrounds last night. 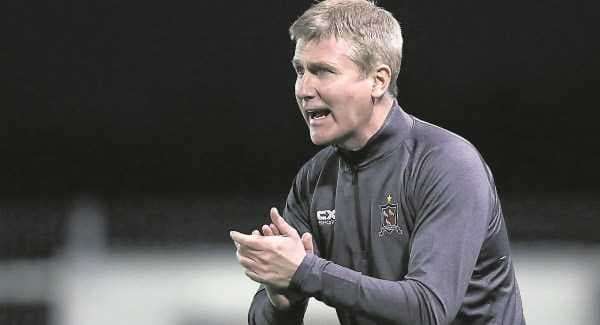 It sends the Lilywhites three points clear of champions Cork with a game in hand.

Kenny says it is a vital three points.

“It’s a big win for us, there’s no doubt about that. It was a tough game,” said Kenny following last night’s victory.

“I felt Sligo had a good win in Limerick and they probably cemented their Premier Division status. So they were very motivated tonight.

“They had all these away wins but hadn’t won at home in a while so I know that they were determined to change that.

“They left nothing out there. They gave us a right game tonight and we are delighted to win it.”