Watch this Katie Taylor KO from her professional debut

The legend and pioneer of women’s boxing won a grudge rematch against Delfine Persoon then defended her undisputed lightweight title again in 2020 and is now seeking to further cement her legacy.

“You will see her out at the end of April,” Hearn told Sky Sports.

“Natasha Jonas, we have talked about. I love that fight.

“We are doing the Jessica McCaskill vs Cecilia Braekhus rematch in early-March and I think you will see Katie fight the winner in the summer.”

Taylor has since strung together 17 consecutive professional wins including world titles in two divisions.

Jonas’ progress was seemingly hampered in 2018 with a shock stoppage defeat to Viviane Obenauf, an opponent that Taylor, Chantelle Cameron and Terri Harper all managed to beat.

But Jonas burst back into the world title picture with an exciting draw against Harper last summer – as an underdog the 36-year-old from Liverpool delivered a measured performance and could scarcely have done more to claim the WBC super-featherweight belt. 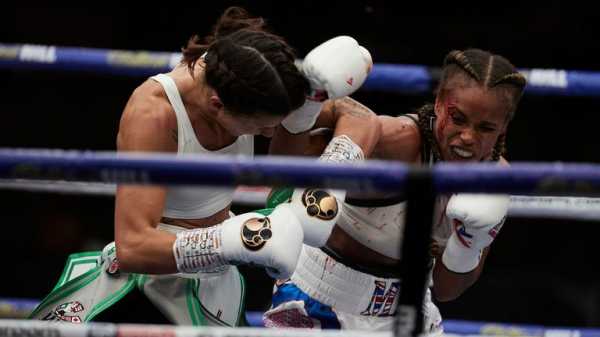 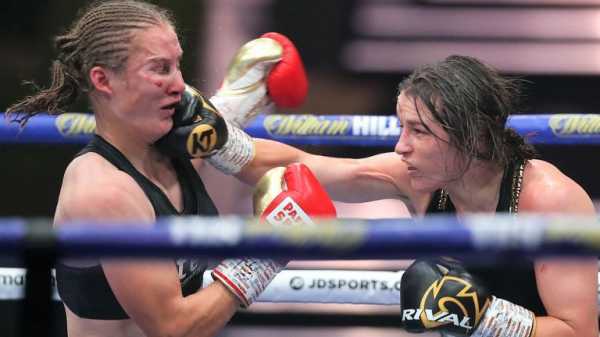 0:42 Katie Taylor won a brutal rematch against Delfine Persoon in 2020

That revitalised effort could now earn Jonas another crack at a world title with even bigger stakes against Taylor.

Jonas told Sky Sports about her targets: “Anyone that’s got a belt at super-featherweight to probably super-lightweight.

“Any of those champions, they can have it, if they want it.

“In an ideal world, as soon as possible [I will return to the ring]. I’m training at the moment. To be fair, I’ve never completely stopped training since the Harper fight.

“I always keep myself in and around the gym.”

Another sizable challenge for Taylor would be to meet the winner of McCaskill and Braekhus’ rematch in an undisputed welterweight title fight.

That would provide the Irish fighter with a rare chance to win every major belt in two separate divisions.

Taylor outpointed McCaskill in 2017 in her eighth pro fight but much has changed ahead of a possible rematch. 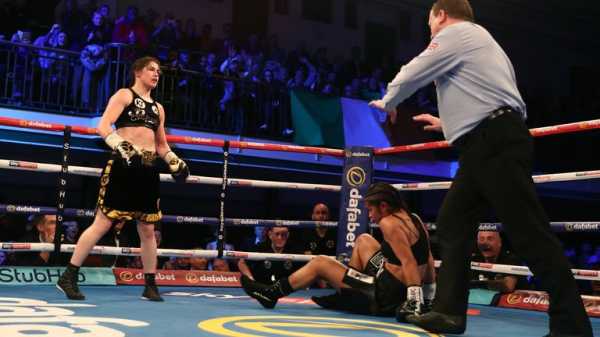 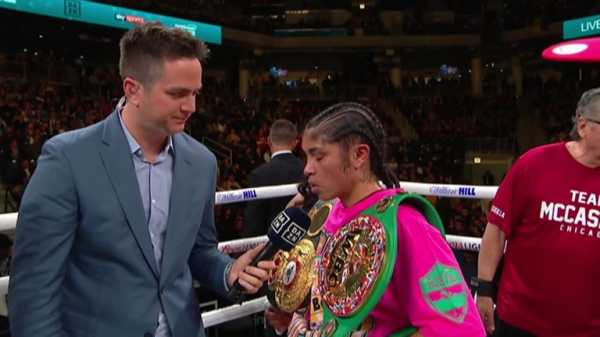 Chicago’s McCaskill completed a stunning upset to end Braekhus’ 36-fight undefeated run last summer to become the No 1 welterweight in the world.

“I would love the Taylor rematch and a chance to get my revenge,” she said at the time.

“Katie said that people were scared to fight her and of course, we weren’t, we took it and we learned that we were at that level.”