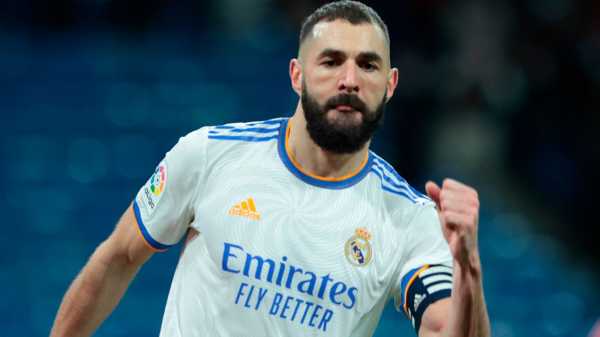 Vinicius did not get involved in the scoring until it was already 3-0 – Ferland Mendy had fired Madrid in front after 13 minutes having been played in by Luka Modric, and Karim Benzema quickly doubled the lead from a Vinicius cross.

The striker’s goal saw him move level with Raul on 323 goals for Real, making them the joint-second highest scorers in the club’s history behind Cristiano Ronaldo. 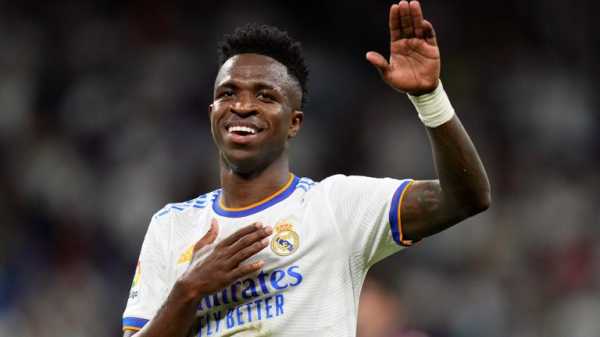 Rodrygo put the game beyond doubt as early as the 34th minute from another Modric pass, and the Croatian got his third assist when he set up Vinicius to score from a tight angle on the stroke of half-time.

The Brazilian tapped in another in the 68th minute and completed his hat-trick seven minutes from time, with Modric again the creator.

The heavy defeat at the Bernabeu confirmed Levante’s relegation from La Liga.

Alexander Sorloth got the opener from a tight angle in the 19th minute and Adnan Januzaj doubled the lead from the penalty spot after Tomas Alarcon fouled David Silva early in the second half.

Sociedad got another penalty in stoppage time after Victor Chust fouled Portu, who got up to convert from the spot himself.

Although Sergi Guardiola cancelled out Alfonso Pedraza’s early header, Juan Foyth, Paco Alcacer and Pau Torres had Villarreal in total control by the break, and Pedraza added a fifth late on.