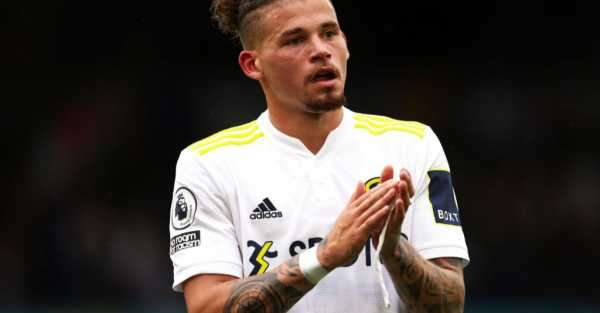 Liverpool and Manchester United will spar off for the signature of Kalvin Phillips, reports the Daily Star. Phillips, 25, is rated as being worth £60million and has been on the books of Leeds since 2010. He made his England debut in 2020, going on to star for the Three Lions at Euro 2020.

Youri Tielemans is another Premier League player who will be subject of a transfer tug-of-war, reports the Daily Express. The Leicester playmaker has impressed for the Foxes and long been admired by Liverpool, but Bayern Munich are also said to be keen on the 24-year-old.

To Newcastle, and the one-time front runner for the vacant manager’s position Paulo Fonseca is said to be out of the running for the job with Lucien Favre now reported to be the preferred candidate, writes the Daily Express.

Meanwhile, the Magpies are looking at splashing out on Florian Wirtz, Bayer Leverkusen’s attacking midfielder, the Express writes.

A trio of Chelsea players could be heading for the Stamford Bridge exit door, with Borussia Dortmund making contact with the Premier League side about Timo Werner, Callum Hudson-Odoi and Christian Pulisic, according to the Express.

Zinedine Zidane: The Frenchman will not be succeeding Ole Gunnar Solsjkaer as Manchester United manager, reports the Daily Star.

Jude Bellingham: The Borussia Dortmund and England midfielder has caught the eye of a number of clubs, with the latest to join the race being Liverpool, writes Sport1.

Caio Henrique: Barcelona are said to be keen on the Monaco full-back, says AS.