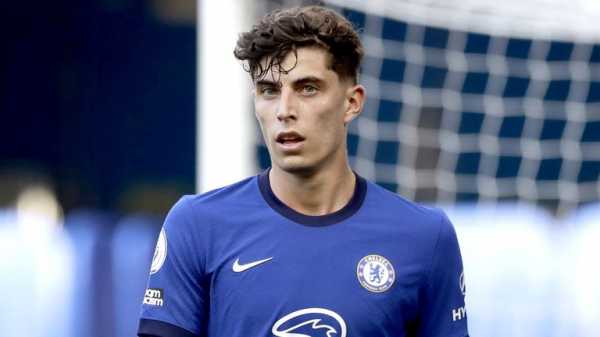 It has been an eventful start to life in England for Chelsea’s Kai Havertz.

The Germany international joined from Bayer Leverkusen for a fee of £75.8m (€85m) after signing a five-year deal earlier this month, but the subsequent international break resulted in limited training time before his Premier League bow.

The 21-year-old had spent his entire career at Leverkusen, contributing an impressive 36 goals and 25 assists in just 118 Bundesliga appearances since making his debut in October 2016. 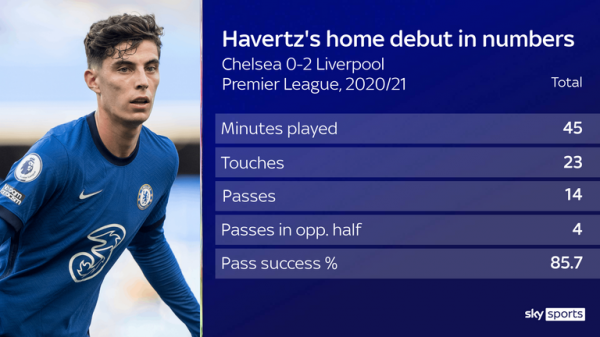 Havertz had a difficult home debut against Liverpool last Sunday, losing possession seven times, failing to register a shot or chance created during his 45 minutes. He was replaced by Fikayo Tomori at the interval as Frank Lampard was forced into a change following the dismissal of Andreas Christensen.

Havertz was also withdrawn against Brighton having played on the right in a 4-2-3-1 formation. Despite the obvious tactical reasons for his latest substitution, his best position is subject to debate after proving ineffective as a ‘false nine’ against the champions. 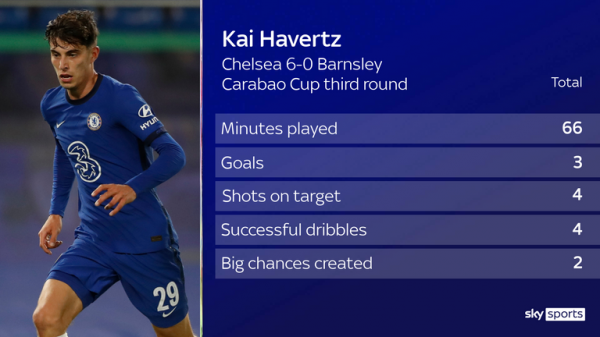 But against Barnsley on Wednesday in the Carabao Cup third-round tie, his response was emphatic, getting off the mark with a hat-trick in a 6-0 thrashing.

Speaking about Havertz’s performance after the match, Lampard said: “He did really well. It’s the perfect game for Kai tonight as he’s come here without hardly any training and I’ve had to throw him in because we’ve had injuries in the attacking areas. Tonight was a great progression for him.

“I was delighted with Kai and everything of the night that I wanted from him. He showed some great stuff, had freedom behind Tammy and there was great combinations.”

He added: “It was a great exercise for him, another game to see how we want to work off the ball, but also have freedom on the ball and combinations with Tammy [Abraham]. It’s the first of many great nights for him.”

Carra: Where will Havertz fit in? 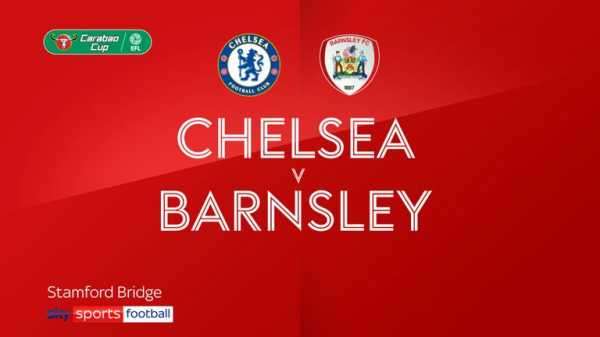 1:58 Highlights of the Carabao Cup third round as Chelsea faced Barnsley

“I looked at Chelsea last season as being a 4-3-3 team, and now and again Frank threw a three at the back in tactically in big games. He beat Jose Mourinho twice and he beat Guardiola here. 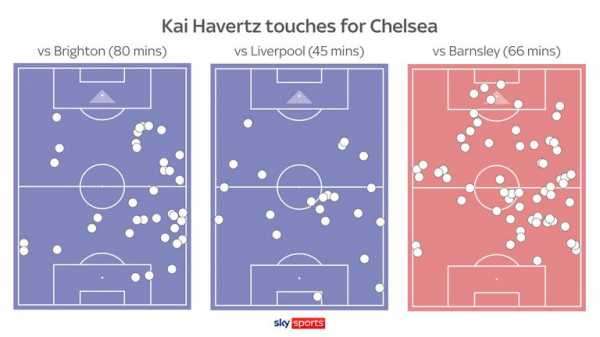 “He went to 4-2-3-1 at Brighton with Havertz on the right. Today, he played him in a false nine. He’s obviously a quality player, there’s no doubt about that. But I’m already thinking, ‘where does Havertz play?’ even after just two games.

“Certainly where he played [against Liverpool], I don’t think that suited Chelsea. It may have suited him having played for Leverkusen in the false nine, but it will be a challenge working out where Chelsea are going to play all these players.” 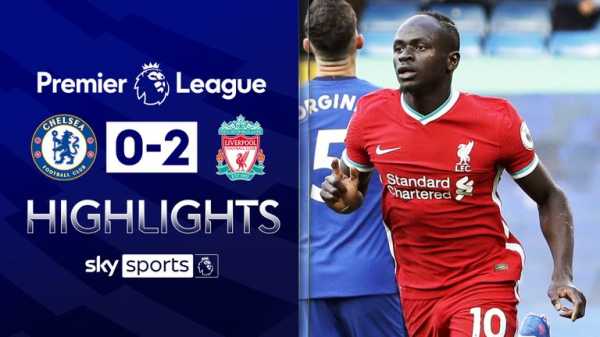 “It’s a question of time. He’s a young man that’s just come to the country. He had trained with the club for five days and was miles off it when he was thrown into the game against Brighton. He played half the game today and I don’t think it suited him as the striker.

“You’ve got to give the lad time. It’s hard but it’s hard enough for an English player moving to a new club in the Premier League let alone a foreigner. We’ve got to be very careful as we’re judging a player and already labelling where he’s going to play.

“He’s a tremendous player and he’s got lots of talent. They’ve got to give it time. They’ve got [Christian] Pulisic and [Hakim] Ziyech to come in and he’s a No 10 who’s going to go head to head with Mason Mount.

“I think with the three midfielders they had in there today, they need a bit more craft. N’Gole Kane was the most progressive and looking to make things happen but that’s not his job. I look at Kante as the sort of player who will break it up and get it to players who can do that job.

“Surely we can’t be questioning him already as he’s been here for two minutes?”

Cole: Some players may have to go 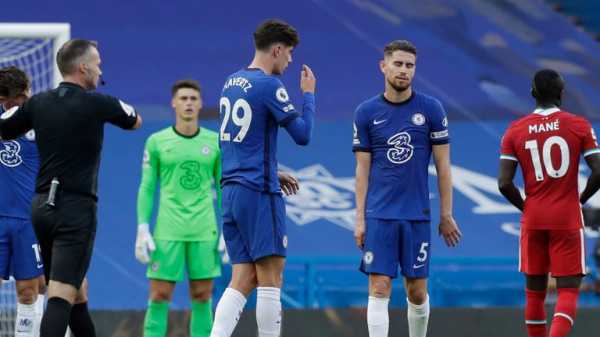 “He’s been in England training for such little time and we’re already expecting him to be like the player he was at Leverkusen. For me, it’s impossible for him to be producing that level of performance already.

“It does take time to adjust and to adapt to a new team, to a new philosophy and to new players. But he will come good. I do agree it will be hard to fit them all in once Pulisic is fit.

“Will he have to release some players? Maybe, he’ll have to move Kante, Kovacic and Jorginho around. Will he have to shift some of them to play his main stars? If you want to start fitting a Kai Havertz in as a No 10, someone has to go. 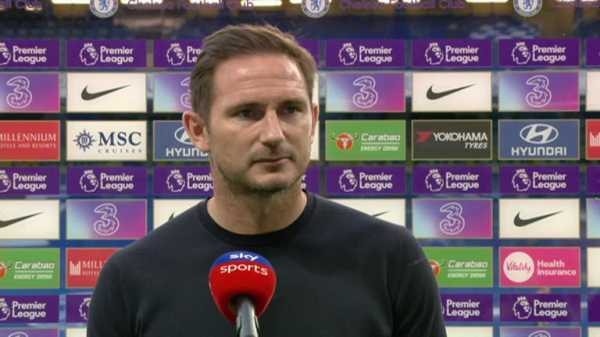 2:56 Chelsea manager Frank Lampard says there were still lots of positives to take from the game despite being beaten 2-0 at home to Liverpool in the Premier League.

“Lampard mentioned in his post-match interview how with new players coming in, it’s a process. The new players will have time to gel. Kai Havertz has only trained for around four or five days.

“Once he gets into it and if Ben Chilwell and Thiago Silva come into the team, I’m very confident that in two or three weeks this team will be up and running with confidence and belief. I’m sure they’ll be fine.

“I’m always going to back Chelsea, and I thought Kurt Zouma and Reece James played very well today. Frank needs time…. you look at Klopp. He needed a few years to get his philosophy in his team, and now they’ve won trophies.

“We have to go on this journey and this process and hopefully eventually we’ll see silverware.” 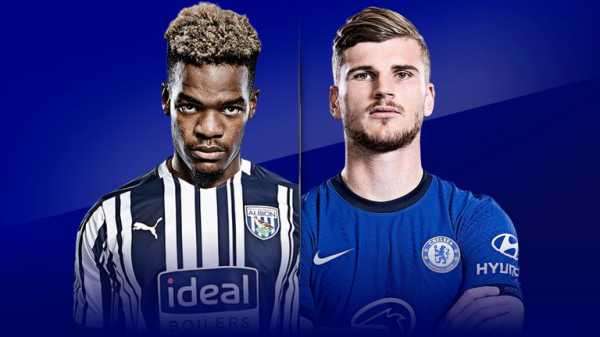 West Brom vs Chelsea will be broadcast live on Sky Sports Premier League from 5pm on Saturday; kick-off at 5.30pm. Sky Sports customers can watch in-game clips in the live match blog on the Sky Sports website and app. Highlights will also be published on the Sky Sports digital platforms and the Sky Sports Football YouTube channel shortly after the final whistle.