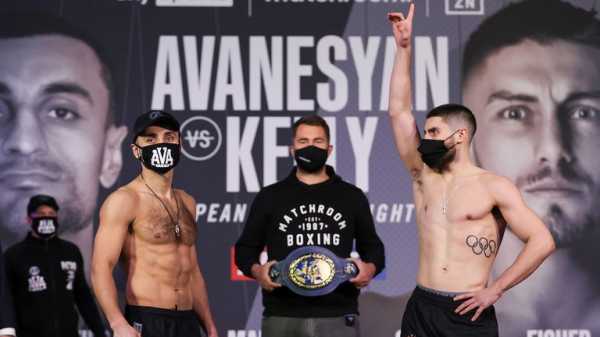 Watch the fiery face-off between Avanesyan and Kelly

Josh Kelly scowled in a spiteful face-off with David Avanesyan before shouting his intentions to claim a career-best win in their grudge match.

Undefeated Kelly will challenge for Avanesyan’s European welterweight title on Saturday, live on Sky Sports from 7pm, to settle a rivalry between their two teams which threatened to spill over on Friday.

Kelly was bouncing on his toes, puffing out his chest, glaring intently at Avanesyan while shouting: “And the new! And the new!” 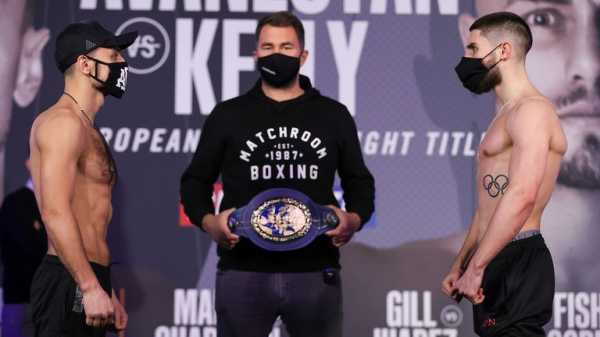 Avanesyan’s right fist was twitchy after his trainer Carl Greaves shouted: “And still! And still!”

Kelly and Avanesyan were both in excellent shape weighing in at 10st 6lbs (146lbs), one pound inside the limit.

Greaves then told Sky Sports: “Kelly looks in better shape than he did two years ago but muscles mean nothing in boxing. We’ve seen it all before.

“David has the heart of a lion and the will to win. He can fight in the trenches.

“I firmly believe David gets him out of there in eight rounds.” 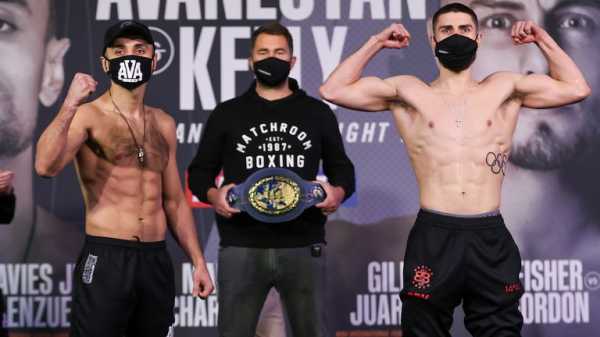 Promoter Eddie Hearn said: “The European title is on the line but it feels much bigger than that. It feels like a world title fight.

“Team Kelly believe they are going to take Avanesyan out early. I think Kelly will start really fast, really sharp, his reflexes will be on point.

“We’ve never seen him look like that on the scales. Part of that is preparation, part is fear.

“The first six rounds for Avanesyan will be hard work. Their plan will be to take Kelly into the trenches.

“The main event is a world-class welterweight match-up – potentially a new emerging star of the sport or a hype job. That gets found out on Saturday night.”

Johnny Fisher was 16st 13lbs before his pro debut as a heavyweight against Matt Gordon (17st 3lbs).

Robbie Davies Jr and Gabriel Valenzuela were inside the super-lightweight limit before contesting the IBF intercontinental title.

Jordan Gill said about his featherweight fight with Cesar Juarez: “This guy will try to take my head off so I’ve got to be switched on from the start. You will see a great performance.”