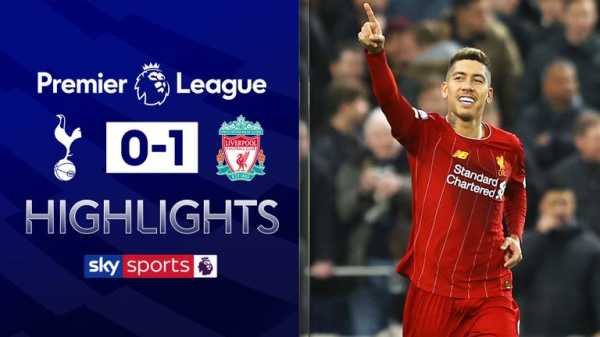 FREE TO WATCH: Highlights from Liverpool’s win over Tottenham

It was hardly surprising that Jose Mourinho set up his Spurs side to sit back and frustrate Liverpool at the Tottenham Hotspur Stadium on Saturday. He is famous for his spoiling tactics against top opposition and they don’t come much better than Jurgen Klopp’s side right now.

But there were times in the first half, as Liverpool pinned them back on the edge of their own box, that the home supporters were entitled to question the approach. Spurs didn’t have Harry Kane, but there was still plenty of talent in the side. Could they not have shown a little more ambition?

At the break, as well as being a goal down to Roberto Firmino’s strike, Spurs had attempted just 98 passes to Liverpool’s 347 – their fewest in the first half of any Premier League game since a meeting with Arsenal in April 2010.

This was not the Spurs that Mauricio Pochettino built. Even by Mourinho’s standards, it felt excessively negative.

And yet, by the time it was all over, Mourinho was smiling in front of the cameras and Spurs were ruing a missed opportunity to halt Liverpool’s winning run.

That wouldn’t have been possible at all, of course, had Liverpool taken some of their other chances in the first half – their best opportunity saw Virgil van Dijk direct a free header straight at Paulo Gazzaniga – but Spurs held on and they could easily have snatched at least a point in the closing stages. Heung-Min Son should have scored and so should Giovani Lo Celso. 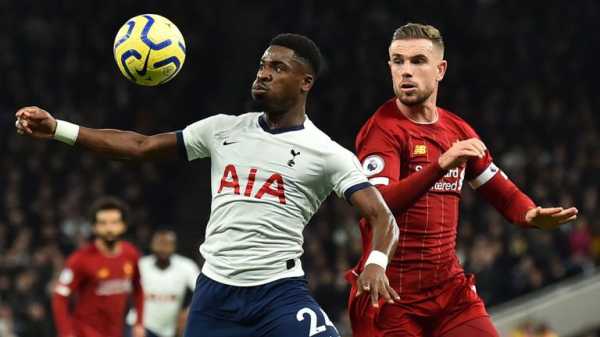 In fact, by the end, Spurs had attempted 14 shots on goal to Liverpool’s 13, becoming the first side to outshoot them in five games. Only twice this season have Jurgen Klopp’s side given up more efforts on their own goal. Rarely have they been as uncomfortable as in those closing stages.

“I don’t think Jose will be too disappointed with how Spurs performed and how this game went,” said Sky Sports pundit Jamie Carragher. “He will have wanted to stay in the game with 10 or 15 minutes to go, and that’s what he had. This has always been his gameplan in big games. Don’t make mistakes and wait for the opposition to make mistakes.”

Even after such a one-sided first half, when Tottenham’s passive performance had the home fans groaning in frustration, Mourinho was undeterred. “We wondered at half-time how long it would be before the gameplan changed, but it didn’t really,” said Gary Neville. “They were still waiting for mistakes, they just didn’t capitalise when they got the chances.” 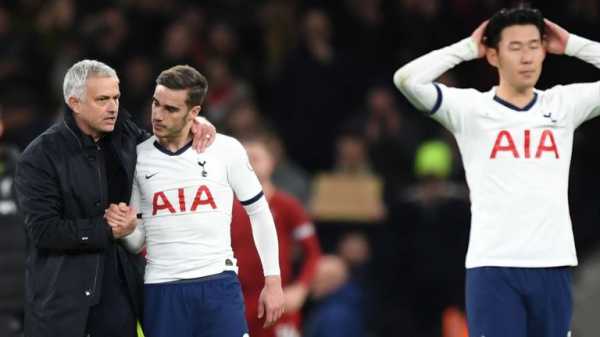 A source of frustration for many Spurs fans during Mourinho’s first few weeks in charge has been the lack of clarity about what, exactly, he is trying to do with the team. But after some of directionless recent displays, this performance had the new manager’s fingerprints all over it. It’s what we expect from a Mourinho side and what he expected himself.

“I can only be happy with what the boys did and what they tried to do,” Mourinho told Sky Sports afterwards. “Liverpool are so, so good and so, so strong in every area. It was fantastic to compete against such a good team and feel like they were in trouble. The boys gave absolutely everything.”

There could be no doubting that. The fact that Spurs were so close to taking points off a seemingly unstoppable side will not have been lost on supporters. But the question now is whether those supporters will embrace Mourinho’s tried and tested methods or whether they will demand more footballing ambition from a side that thrilled them for so long under Pochettino.

“Jose is not really a Tottenham fit,” said Jamie Redknapp. “He’s a winner when you look at his record, but this is going to be hard for him here. These fans want to see a bit of style. They want to see their team get on the front foot.” 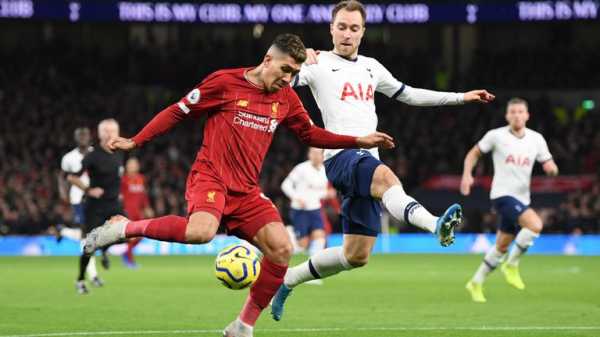 “We used to call these kind of performances Mourinho masterclasses, but I think the game has changed now,” added Neville. “With Pep Guardiola’s introduction, with what we’ve seen from Klopp and Pochettino and all the progressive styles of football, I’m not sure that fans are accepting a pragmatic style of play. They want entertainment week in, week out.

“One thing I would say is that Liverpool do like it when teams come onto them. Mane, Salah and Firmino would have loved it if Tottenham had committed. I was waiting for them to gung-ho with 20 minutes to go, but that back four never moved. I think Mourinho realised that if he had thrown his full-backs forward and left his centre-backs exposed, they would probably have got beaten two or three nil.

“But how many teams have we seen sit off Guardiola’s Manchester City in the last three or four years and do well? Not many. We’ve seen it work less and less against Liverpool too. This tactic of dropping deep passively does seem to be working less and less and fans are accepting less and less.”

It presents a dilemma for Mourinho. Does he stick with the approach that has served him so well in the past? Or does he throw off the shackles and follow the direction in which modern football appears to be heading?

For now, he will take comfort from a plan which almost came off. In the future, however, there may come a time when he needs to find a new way forward.