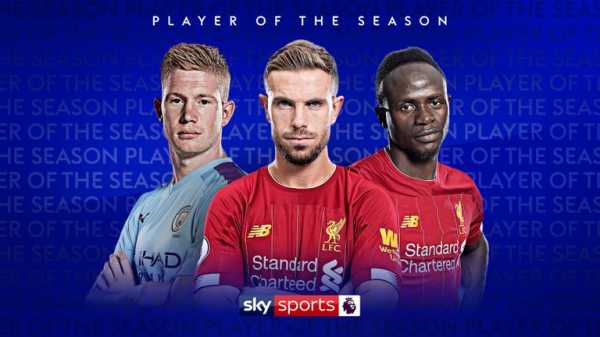 Roy Keane was furious. Sunderland’s reserves had just suffered a dismal defeat to Gateshead and, after laying into some of their more senior players, the manager turned his attention to a teenager in the corner.

“Do you think you’re good enough to play for the first team?” he scowled.

“Yeah, I do,” replied Jordan Henderson.

Henderson was only 17 at the time. He remembers “sweating buckets” under the glare of his childhood idol. But his self-belief was unshaken and he still had the courage to speak his mind. The story, recounted by Henderson on Jamie Carragher’s Greatest Game podcast, provides an early insight into the mentality that has underpinned his career.

“He actually got a bit of stick for that kind of thing when he was a youngster,” Stephen Wright, a team-mate of Henderson’s at Sunderland and later during his loan spell at Coventry, tells Sky Sports with a chuckle. “But it was always obvious that he just had so much belief in himself.”

The episode certainly stayed with Keane, who was impressed enough to promote the cocksure teenager to the first-team squad for Sunderland’s next pre-season friendly. “That was where it all started for me,” Henderson told Carragher. He would go on to play 71 Premier League games for his boyhood club before making the £16m move to Liverpool in 2011.

That move would prove to be the making of Henderson. But it is only now that his belief in himself is shared by the wider public.

At 30, having added an historic Premier League title to the Champions League trophy he lifted in June, he is emerging as one of the most decorated captains in Liverpool’s recent history. Henderson, more than any other player, has been the driving force behind their success. 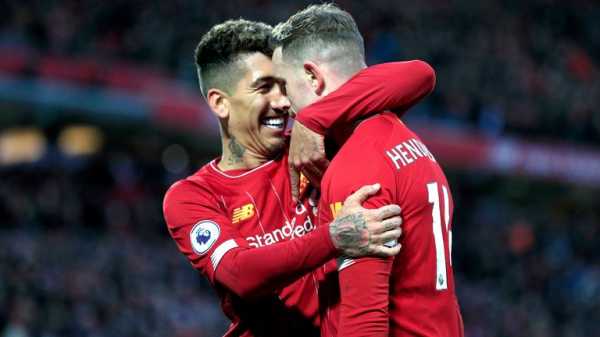 It can be seen not just in his commanding performances on the pitch but in how his absence with a hamstring injury in late February and early March impacted the side. Not coincidentally, it was during that period Liverpool’s Premier League unbeaten run was ended by Watford and their FA Cup hopes extinguished by Chelsea.

Henderson is now among the favourites for the PFA Player of the Year award and his importance to Liverpool is universally acknowledged. But before all this, he had to withstand years of near-relentless criticism.

Henderson has been doubted and disparaged like few others. His move to Liverpool in 2011 was met with mockery. He was not up to it, they said. Overpriced and not good enough for England either. In his 2013 autobiography, Sir Alex Ferguson even questioned his running style.

“Going to Liverpool, wow, I have to admit that even I was sceptical,” adds Wright. “Honestly, I was very surprised that he got that move for that amount of money.” 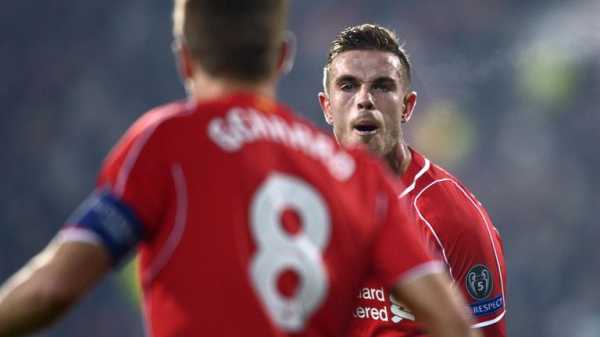 There were doubts within the club too. Henderson made more appearances than any other player during his first season at Anfield, but the questions over his suitability were persistent. When Brendan Rodgers took over from Kenny Dalglish at the end of the campaign, Henderson was offered to Fulham in a part-exchange deal to sign Clint Dempsey.

Henderson was devastated when Rodgers broke it to him, but his response – refusing to go and vowing to prove himself at Anfield – typified his determination. “It was a tough moment, but one that I feel helped me,” he later reflected. “Looking back now, it was a blessing in disguise.”

There would be more doubts, more questions and more criticism in the years that followed. But Henderson was true to his word, impressing Rodgers to the extent that he was named club captain following Steven Gerrard’s departure in 2015.

It is a position he has held ever since.

“Turning all the sceptics around has been an unbelievable feat,” says Wright, who came through Liverpool’s academy as a player and now works for the club as a scout. “He was walking into a dressing room with a lot of big characters – Jamie Carragher, Steven Gerrard, Craig Bellamy – but he held his own and it has been brilliant to see him develop in the way he has. He is just totally determined. You can see it in his eyes.”

You can see it in the way he is regarded by his team-mates too.

“I don’t know if he is under-appreciated outside the club, but inside the club I know how highly we all think of him,” said Virgil van Dijk earlier this season. “When you play with him, you train with him and see the way he acts off the field, it’s an absolute pleasure for him to be our captain,” added Andrew Robertson. Trent Alexander-Arnold, meanwhile, calls him “the perfect role model”.

Henderson is fiercely devoted and demands the same dedication from those around him. His insatiable appetite for improvement has pulled him through difficult periods – even under Jurgen Klopp, there have been times when his place in the side seemed at risk – and it was also instrumental in maintaining Liverpool’s momentum for so much of this season. 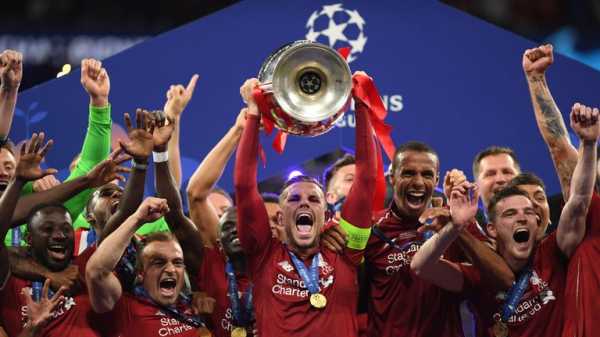 Take his reaction to the 1-0 win over Tottenham in January. While other players were celebrating a hard-fought victory which put Liverpool 16 points clear, Henderson was furious with the performance, mouthing the words “not good enough” as he pushed his way past Klopp and stormed down the tunnel at the Tottenham Hotspur Stadium.

There have been plenty more moments like it. Klopp described him as an “example” to his team-mates after the 4-0 win over Southampton in February. “Did he look like the captain of a team that is 19 points ahead?” he said. “Not for a second. It looked like if we lose, we are relegated.”

That attitude, invaluable to Liverpool for so much of the season, was sorely missed during their capitulation at Vicarage Road in February.

“You could see from an early age that he was very professional,” adds Wright. “He was always staying late at training, practising free kicks or other things he needed to work on. He was so focused, and he’s the same now. Just listening to him after games, he is never thinking about the league, he is only ever thinking about the next game.”

That mentality is perhaps the most important thing Henderson brings to this Liverpool side, but it is not everything. 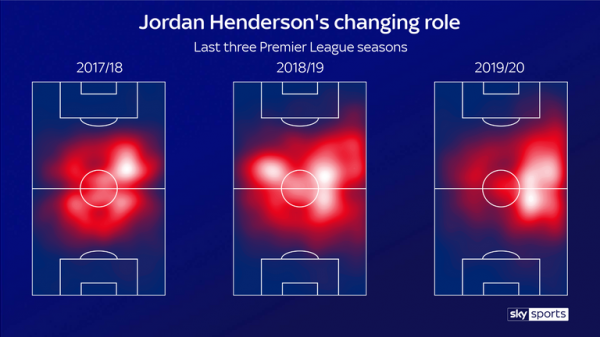 He has grown as a player as well as a leader and that’s been more apparent than ever since he was pushed forward from the holding role to the right-hand side of midfield in the second half of last season. His performances there even prompted Klopp to apologise for previously playing him out of position. “Sorry for that!” he said. “But we needed him there.”

Henderson’s intensity sets the tone for this Liverpool side – he ranks fourth in the Premier League for possession won in attacking areas – and where once he was chastised for sideways passing, now he is applauded for thinking forward. This season, only Alexander-Arnold has averaged more passes into the final third per 90 minutes. Henderson has even added goals, scoring as many in this campaign as in the previous three combined.

He has become an all-rounder, in other words, his completeness encapsulated in that 4-0 win over Southampton in February. It was his pressing which led to the turnover in the build-up to his clinically-taken goal. Then, he showed his vision and passing ability with his perfectly weighted through-ball to set up Mohamed Salah’s second. 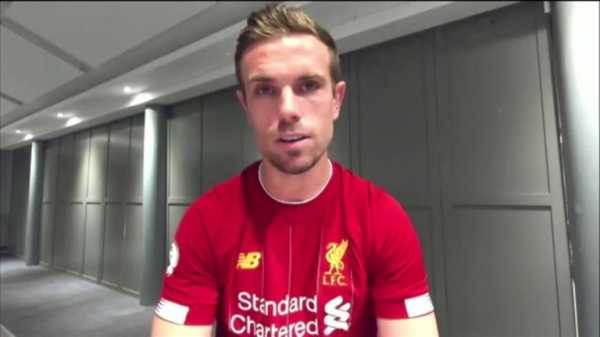 5:33 Jordan Henderson says he’s so proud of what his Liverpool side has achieved

Henderson is now shining in his favoured position, but crucially, he still puts the team first and happily fills in elsewhere when required. He has slotted back into the holding role at times this season. In the Club World Cup semi-final against Monterrey, he even stepped in at centre-back.

Henderson drew plaudits for his performance in that game – Adam Lallana called it “magnificent” and Klopp agreed – but it was typical of him that he deflected the praise elsewhere. “I had fantastic players around me,” said Henderson. “I just tried to do my best for the team and thankfully we got the win. If the manager needed me to go there again, I would do it.”

That selflessness is just another reason why he has become indispensable to Liverpool. There were plenty who doubted he would ever achieve that status. Plenty who would have scoffed at the very thought of it. But even as an untested teenager confronting a furious Roy Keane at Sunderland, Jordan Henderson was not one of them.

“Jordan is the perfect team player,” Redknapp tells Sky Sports. “When he gets the ball, he’s got a front three of Sadio Mane, Roberto Firmino and Mohamed Salah, and his first thought is, ‘can I get it up to them as quickly as possible?’

“He’s a leader, the players absolutely respect him and he’s scored some important goals for this Liverpool side. He has captained the side that not only won the Champions League last year but – if we get the season going again – is going to win the Premier League as well. It’s phenomenal for him.

“I know the pressure of Liverpool captain. I remember when I was first appointed and I wasn’t playing well, how difficult it was because you’re trying to get yourself going and the crowd are looking at you as a leader because they have seen the likes of Graeme Souness and Phil Thompson.

“I found that pressure hard sometimes. But I think with Jordan, he has realised what he’s got to do and he has been so assured and not worried about the ghost of Steven Gerrard.

“That’s really hard. I played with Steven. The fans adored him. He was one of their own, a local lad, and Jordan’s had to win them over and he’s done that and more. Now they really know the value of what he brings.” 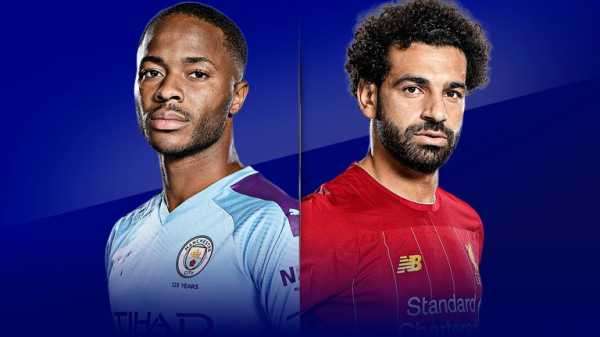 Watch Man City vs Liverpool from 8pm on Sky Sports Premier League and Mian Event; Kick off is 8.15pm.

Also keep up-to-date in our dedicated live blog with in-game clips, as well as highlights published on the Sky Sports digital platforms and the Sky Sports Football YouTube channel shortly after full time.