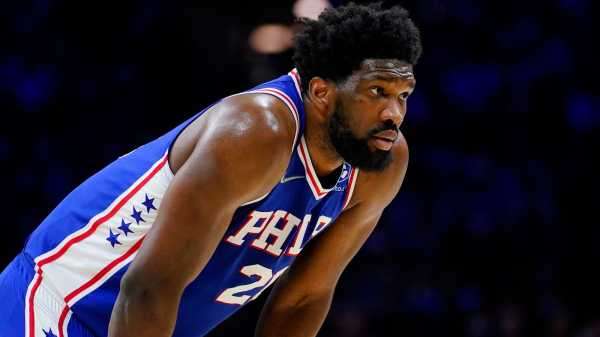 There are no two ways about it: Philadelphia has a massive hole to fill with the absence of center Joel Embiid to begin the series against the top seed Miami Heat.

The Cameroonian is the hub around which the rest of the 76ers revolve and his absence will affect both the team’s production and style of play massively, as the Eastern Conference Semi-finals match-up with the Heat kicks off tonight, live on Sky Sports Arena from midnight.

The MVP finalist suffered a right orbital fracture with 3:58 left of Thursday night’s Game 6 against the Raptors in Toronto, when he got hit by Pascal Siakam as his Cameroonian compatriot drove to the basket.

“I think he might have broken my face,” Embiid said afterwards and it was a needless injury to pick up given that the Sixers were cruising, 29 points ahead and easing to a close-out win. 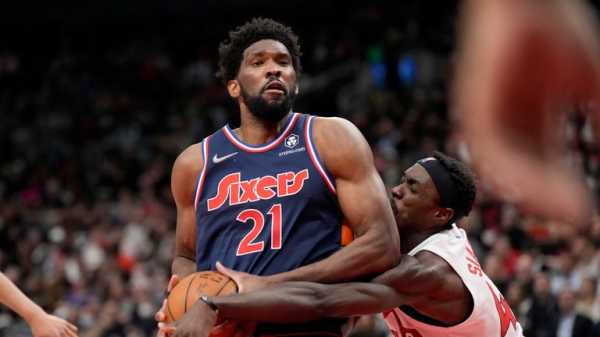 Coach Doc Rivers defended himself in the face of criticism for keeping Embiid in the game when it was so clearly going to be won by that point – especially against a tenacious Toronto team.

“Everyone was in there, and the other team had all their guys in, too,” Rivers told reporters.

“After Joel made the shot and did the airplane [the prior possession], if you watch the game, I turned and said, ‘I’m calling a timeout on the next possession.’ I’m not upset that he was in. You can make that a big deal if you want. But just go look at every team, and every game, and their guys are in until about the 4, 3-minute mark. That’s what it is.”

Embiid will recuperate for the first two games of this series on the road, but there is reportedly some optimism he could return in Game 3 or 4 in front of the vociferous Philadelphia crowd. A similar fracture, to his left orbital bone, kept him out for about three weeks late in the 2017-18 season. He needed surgery and missed 10 games, including the first two games of a playoff series against the Heat, coincidentally.

He wore a specially designed mask in 2018 when he returned, even after surgery and the severity of the fracture will determine how long he is out this time. He is also battling another couple of injuries – a right thumb ligament injury that will require offseason surgery and a mild concussion, which will require him to go through the NBA’s concussion protocol.

Embiid was the NBA’s scoring leader this season, the first international winner of the scoring title and the first center to average 30 points per game in 40 years. He led the 76ers with averages of 30.6 points, 11.7 rebounds and 4.2 assists as well as 1.5 blocks per game during the regular season. 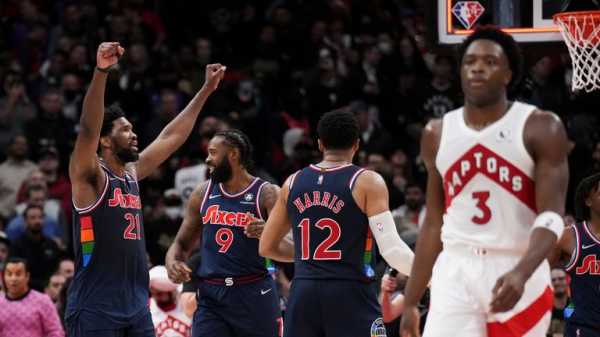 Watch Philadelphia 76ers’ Joel Embiid hit this amazing game-winning three-pointer – beating the shot clock buzzer with 0.7 seconds left on the game clock – to seal the win against the Toronto Raptors

Against the Raptors, he also averaged 26.2 points and 11.3 rebounds in the six games as well as hitting a spectacular winner to grab a vital overtime win in Game 3. His presence, or lack of it, cannot be understated.

Philadelphia will need Tyrese Maxey to step up once again and hope for more consistency from James Harden, who has been unspectacular since the spectacular trade to acquire him. They will also need some solid production from the likes of Tobias Harris if they hope to knock out Miami.

He figures it will only steel their resolve.

Clearly, the 76ers are not going to be a better team without Embiid. That said, the 76ers played the Heat once this season without Embiid – and won. They will try to do it again Monday night when Philadelphia visits Miami in Game 1 of an Eastern Conference semifinal series.

“Whenever you’re dealing with a team that has to change a little bit, that immediately gets them a built-in sense of urgency,” Spoelstra said. “But again, what we’re trying to accomplish, it is so difficult. When you approach it that way, that just puts you there to compete at a high level, the necessary level that is going to be required.” 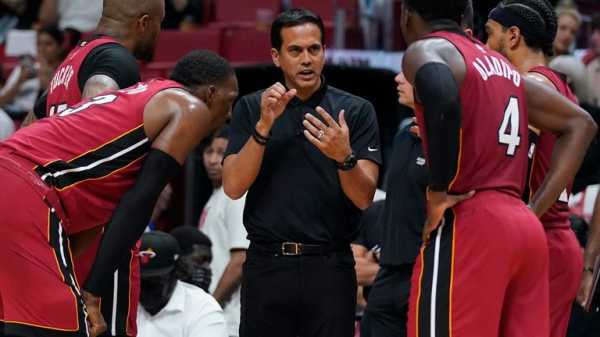 The Heat aren’t exactly in perfect health, either. Jimmy Butler has been slowed by a sore knee, Tyler Herro caught a cold that turned into an upper-respiratory-type mess – but not COVID-19 – and PJ Tucker has been dealing with a calf issue. (All three expect to play Monday.) And Philadelphia native Kyle Lowry missed the last two games of the first-round series against Atlanta with a hamstring strain, so the Heat can’t be certain when their point guard will be 100 per cent again. He has been ruled out for Game 1.

That said, Butler is disappointed for his former locker room partner Embiid.

“I feel bad for my guy,” Butler said. “Obviously, one of my former teammates, arguably the MVP of this league. And I think I speak for everybody that’s a part of this team, we want Jo to play. We want to go up against them at full strength and prove that we can hang with anybody and we can beat anybody. It’s a mishap. I hope he recovers well and gets back very, very soon.”

The 76ers do not need any hyperbole along the way to realise they can have success against Miami. They need only to pop in the tape from March 21.

Embiid didn’t play that night. The 76ers didn’t have James Harden, either. It didn’t matter. Philadelphia outrebounded Miami 45-34, outscored the Heat 45-30 from 3-point range and pulled off a 113-106 win. 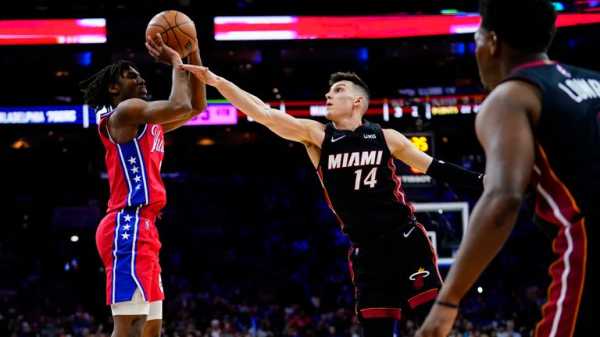 “Well, the biggest adjustment is we don’t have Joel,” 76ers coach Doc Rivers said, overstating the obvious for emphasis. “There’s no good thing to it. But we did have one game without Joel against them and honestly, we won the game but I thought it was more than they looked at we didn’t have Joel, I think James was out, so I think mentally that probably played a purpose in that game. That’s not going to happen now. They don’t care who we have on the floor.”

“Truth be told, it’s just us figuring out what we can go to through the course of a game in the playoffs,” Philadelphia forward Tobias Harris said. “It’s always adapting and figuring out how the other teams is playing, what they’re taking away, what they’re allowing, and for us to capitalise in that regard.”

It’s a matchup of two of the all-time successful playoff coaches. Rivers (102 wins) is fourth on the NBA postseason list behind Phil Jackson (229), Pat Riley (171) and Gregg Popovich (170). Spoelstra (89) is eighth behind the top four, then Larry Brown (100), Red Auerbach (99) and Jerry Sloan (98). Fun fact: if Miami wins Games 1 and 2 of this series then Spoelstra would pass Riley – the Heat president and his boss – in playoff winning percentage.

Drilling down into the numbers

Only six players (Tyrese Maxey, Isaiah Joe and Harris for the 76ers; Tucker, Duncan Robinson and Max Strus for the Heat) played in all four Philadelphia-Miami games this season. The 76ers’ defense was stellar, with Gabe Vincent (21.0 ppg in two games) the only Heat player to average more than 20. Team stats were incredibly close: Miami had slight edges in points (404-400) and assists (92-89), Philadelphia had the edge in rebounds (164-159). The 76ers shot 44.8 per cent, Miami 44.6 per cent.