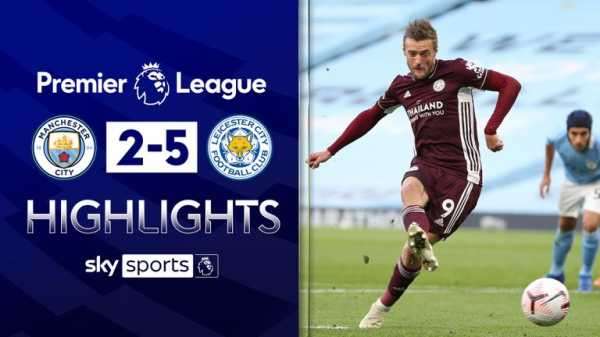 “He knows exactly what he’s doing. Precise, efficient, and brilliant,” said Sky Sports’ Gary Neville as the Leicester striker drew his second penalty of the day from a bewildered Manchester City defence.

For the second time in the match, Vardy had got the wrong side of a Manchester City defender – first Kyle Walker and then Eric Garcia – and emphatically despatched the resulting spot-kick.

In between those two penalty strikes he produced the most delicious flick at the near-post for his second. Garcia couldn’t match his run for that one either. 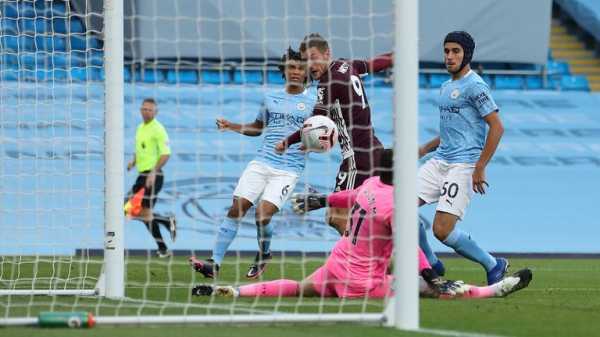 For a player who had the fewest touches of any outfield starter, Vardy transformed the game. City had been on top, looking stylish and authoritative and led through Riyad Mahrez’s sweet strike. No Sergio Aguero, no Gabriel Jesus? No problem. Or so it seemed.

Vardy has been a thorn in the side of Pep Guardiola and his City team ever since the Spaniard arrived in the Premier League. His runs have repeatedly caused City’s backline problems, and so it proved once more on Sunday.

He’s now scored nine goals in his last 10 appearances against them, more than any other player, and this hat-trick provided the platform for James Maddison and Youri Tielemans to add further gloss to one of Guardiola’s heaviest-ever defeats as a manager. 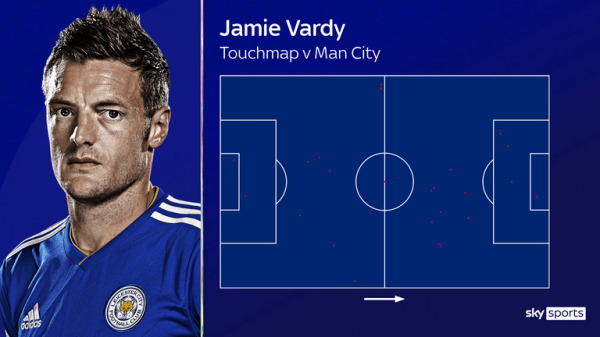 The real novelty about Vardy’s performance, though, was not the goals. His ability to find the net is no secret. Last season’s golden boot winner has 103 of them in the Premier League over the past five and a bit seasons.

Instead, it is how Vardy’s performance at the Etihad illustrated how he has refined his performances to maximise his output.

England manager Gareth Southgate, watching this one from the stands, knows all about how Vardy has made sacrifices to prioritise his fitness for Leicester. As well as international retirement there has also been tailored training programmes and recovery sessions.

“I always want to improve. It doesn’t matter how old I am,” Vardy told Sky Sports after the match. “You want to keep on improving each day and I’m hoping I’m doing that on the training field.

“I’ve a rest day tomorrow to recover and then get back out there to try to improve even more and look forward to next week.”

But as well as the careful management during the week, on the pitch Vardy is more streamlined too.

He averaged just over 31 touches of the ball per match in Leicester’s title-winning 2015/16 season. That figure has fallen dramatically in recent years and he’s averaging just 19 touches per match this term.

“When he came on the scene he was raw, aggressive. He played like a non-league player in the Premier League. Now his game has become more polished, more smooth. There’s more subtlety.” 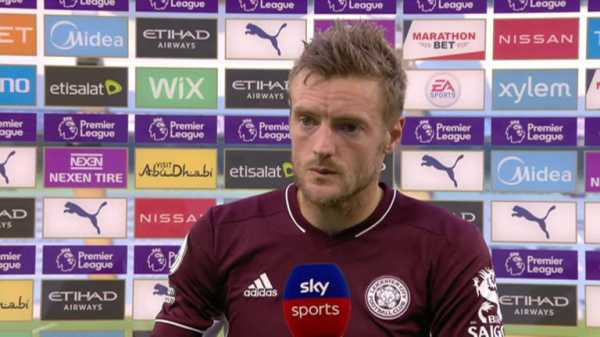 Leicester boss Brendan Rodgers can take some credit for that tweak, says Vardy. “Sometimes the gaffer asks me to stay away from the ball to create as much space as I can for other players to have enjoyment on the pitch,” he said.

“Today it was different, it was to drop in and kind of do a man-marking job on Rodri. I knew we weren’t going to have too much of the ball but it was all about making sure it was quality when we did get the ball.”

Quality is something Vardy has in spades. But you can add longevity to his list of attributes too. The 33-year-old has evolved from the player who powered Leicester to the title five seasons ago.

But here we are again. Leicester top of the table and a refined Jamie Vardy top of the scoring charts.