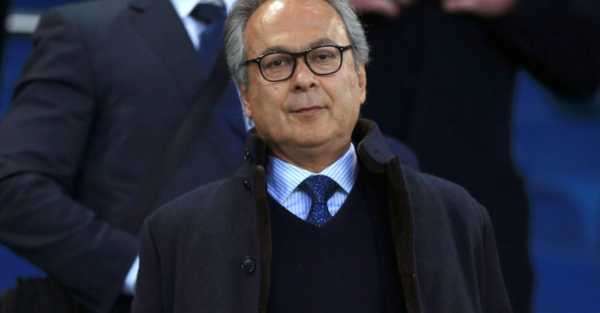 Everton owner Farhad Moshiri has apologised to fans for mistakes made at the club which saw them threatened with relegation until the penultimate match of the season.

A come-from-behind 3-2 victory over Crystal Palace three days before the end of the campaign extended the Toffees’ top-flight spell to 69 years, sparking joyous scenes with thousands of fans spilling onto the pitch.

But on the whole it was a miserable year for their supporters, one which started with the controversial appointment of former Liverpool manager Rafael Benitez who was sacked after just 200 days in charge having won just five league matches.

While Moshiri did not refer to the Spaniard, whom the owner pushed to appoint despite dissenting voices from the board, by name he acknowledged there had been errors.

That also extended to the transfer market, where Everton have spent more than half-a-billion pounds since Moshiri took over in 2016, and also the clumsy appointment of Benitez’s successor Frank Lampard.

“Mistakes have been made and for that I want to apologise to all of you,” said the owner in an open letter to supporters.

“It has not been good enough and we need to do better. We are committed to not making the same mistakes again, including how we have not always spent significant amounts of money wisely.

“You have given us incredible support that helped us over the line when we most needed it, and we must repay that support and show that lessons have been learnt.

“Whilst there is no denying that it was an amazing night when we turned around a 2-0 half-time deficit to secure a sensational victory and guarantee a 69th successive season in the top tier of English football last season, it should not be allowed to disguise the fact that we have underperformed in what proved to be a very challenging campaign.

“You did not deserve the frustration and fear that the season brought.”