Ipswich was appointed head of coaching and player development Bryan Klug as caretaker Manager after the sudden departure of Mick McCarthy.

McCarthy, who needs to leave the club at the end of the season, announced his immediate departure in a brief press conference after the victory over Ipswich 1-0 Barnsley in Tuesday night. 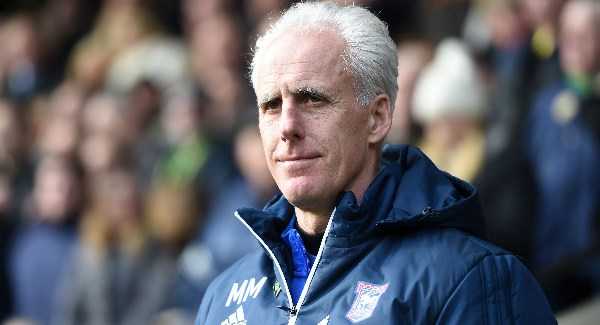 Klug will be responsible for the remaining four games of the sky bet championship campaign.

Press Secretary of the club said McCarthy decided to go along with his assistant Terry Connor on Sunday after losing 1-0 to Brentford.

When quizzed on Tuesday about the negative fan reaction in the 56th minute, replacing debutant Barry cotter, McCarthy replied: “I will not again have to listen to that this is my Last game, I’m out.”

The former Republic of Ireland boss walked away with the 12th club in the championship ahead of the trip on Saturday at Nottingham forest.

Klug has experience in the dugout having worked as an assistant to Jim Magilton between 2006-08.