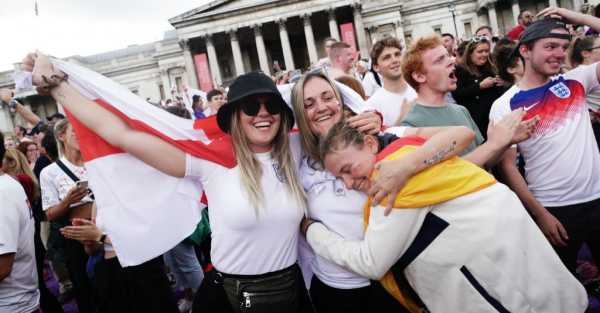 Ian Wright believes England reaped the rewards for all their hard work after the Lionesses became European champions at Wembley.

Sarina Wiegman’s side defeated Germany 2-1 after extra-time, Chloe Kelly scoring the winner after Ella Toone’s lobbed opener had been cancelled out by Lina Magull with 11 minutes of normal time remaining.

“I can’t even put into words the amount of work that’s gone into this and they’re getting what they deserve,” Wright said in his role as a summariser for the BBC.

“I can’t believe it. I’m so proud – I’m still a bit shocked by it. She (Wiegman) has used that XI through the whole of the tournament but the people that are coming on know that they’ve got a role to play and they’re happy to come off the bench and play their role.”

Former England and Arsenal defender Alex Scott struggled to speak as the players celebrated their win on the Wembley pitch.

“This is a dream, an absolute dream for every young girl that dreamt of playing football. It’s incredible,” she said on BBC One.

“Every single player has played a part. Nikita Parris, who came on at the end, came on to do a job for the team and the way teams play as a whole determines its success.

“Coming in as captain, I think she’s been a phenomenal leader.”

Kelly celebrated her winning goal by taking off her shirt and whirling it above her head, a celebration made famous by Brandi Chastain after netting the winning penalty for the United States in the 1999 World Cup.

The game was still in progress when Chastain took to social media to congratulate Kelly, writing: “I see you @Chloe_Kelly98 well done. Enjoy the free rounds of pints and dinners for the rest of your life from all of England. Cheers!”