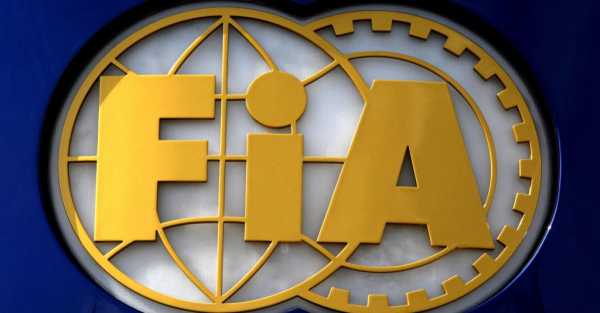 A 15-year-old Russian karting champion has apologised for being “stupid” after appearing to make a Nazi salute on the podium following his win in the first round of the European Championship in Portugal.

Artem Severiukhin has been axed by his team, Ward Racing, while motor sport’s world governing body the FIA has announced it has launched an investigation into the matter.

In video footage of the incident, Severiukhin, a Russian who was racing under the Italian flag, thumps his chest twice then appears to make the gesture, before dissolving into a fit of giggles.

Severiukhin on Monday posted a video message on the Russian Automobile Federation’s Telegram channel in which he said, in quotes translated via Championat.ru: “I would like to apologise for what happened yesterday at the European Karting Championship.

“Standing on the podium, I depicted a gesture that many perceived as a Nazi greeting. But that’s not true – I have never supported Nazism and consider it one of the most terrible crimes against humanity.”

Explaining his chest-thump as a routine way of expressing gratitude, he added: “I can’t explain how everything else happened.

“I know it’s my fault, I know I’m stupid, and I’m ready to be punished. But please understand that I did not support Nazism or fascism with this gesture.”

Severiukhin was able to race under the Italian flag as a means to circumvent sporting sanctions against his homeland in the wake of its invasion of Ukraine.

The FIA confirmed an “immediate investigation” into what it deemed the “unacceptable conduct” of Severiukhin, while his team, Ward Racing, said it would no longer have any relationship with the teenager.

In a statement the Sweden-based team said: “The actions of Artem Severiukhin during the award ceremony on April 10, 2022 were exclusively individual and do not represent the views and values of Ward Racing in any manner.

“On the contrary, Ward Racing stands with the international community condemning Russia’s invasion of Ukraine and expresses its solidarity with the people suffering because of this unprovoked and horrific attack.

“On the basis of these considerations, Ward Racing sees no possibility for continued co-operation with Artem Severiukhin and will proceed with terminating his racing contract.”

All materials on this site are taken from open sources - have a link back to the material on the Internet or sent by visitors to the site and are provided for informational purposes only. Rights to the materials belong to their owners. Administration of the site is not responsible for the content of the material. If you found materials on our website that violate copyrights belonging to you, your company or organization, please let us know.
Contact us: 1newsday.c[email protected]