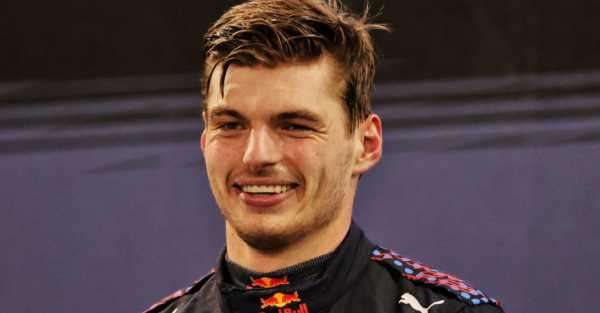 Max Verstappen has stressed that he feels like the Formula One world champion and it “doesn’t matter what they try to do”.

Sunday’s season-ending race in Abu Dhabi saw Red Bull’s Verstappen claim victory and the title after the deployment of a late safety car led to the Dutchman being placed right behind Mercedes rival Lewis Hamilton, who he then overtook on the final lap.

Mercedes had an immediate double appeal dismissed by the stewards, then lodged an intention to appeal against that decision – they must decide whether to follow up on that by Thursday evening.

Verstappen on Wednesday was asked how he felt amid the uncertainty, and whether his relationship with Mercedes and the team’s boss Toto Wolff was permanently broken.

And the 24-year-old said: “I’m fine, I don’t even think about it too much, because I do feel like the world champion, and it doesn’t matter what they try to do.

“We won it on track, we won it when there was a green light and we passed them on track, and they will never be able to take that away from me anyway.

“About the possible appeal – I’m not busy with that. As a team of course it might be disturbing, but for us we have been really enjoying the last few days.”

Verstappen – who had already revealed Wolff sent him a congratulatory text message after Sunday’s race – then added: “The relationship – I think I can be a forgiving person, but at the moment it’s still all so new…that it’s better not to talk about it too much.

“But I saw Toto in Monaco before Saudi, I had a dinner and he was sitting on the table next to me and we had a chat. He of course goes flat out for his team and I know mine also does everything they can.

“But besides that I do think you should be accepting a loss, it doesn’t matter how much it hurts. I do think there that there’s a bit of a difference between the teams.”

Prior to the Abu Dhabi showdown, Verstappen had said his opinion of Britain’s seven-time champion Hamilton and Mercedes had changed during the course of the season, and “not in a positive way”.

Regarding the current appeal situation, he said on Wednesday: “That’s nothing surprising just because of how the season already panned out up until the last race, so it’s just another bit. My view (of Mercedes) will not change, it’s pretty much the same.”

Verstappen also said of the title fight he has had with Hamilton this year: “Finally with quite equal machinery you can have a battle. You can actually really see what he is capable of, because some seasons he has had it a bit more easy and you don’t need to push throughout the whole race.”

Red Bull team principal Christian Horner said with regard to the appeal situation: “I think the official period is until 7pm tomorrow that the right of appeal exists, but Max Verstappen is the world champion, we’ve welcomed him home to Red Bull Racing today and I think really it is time to move on.

“Hopefully he’ll receive the trophy tomorrow evening (at the FIA Prize Giving gala in Paris) and be crowned as the world champion. I’ve no indication otherwise – I haven’t spoken with Mercedes or the FIA to hear anything different at this point in time.

“The focus is on celebrating the success the team and Max have achieved this year. This is a dispute between the FIA and Mercedes.

“If the unthinkable were to happen we would obviously challenge that in the appropriate manner, but as far as we’re concerned Max has been crowned as the world champion, we’ve not heard anything to say otherwise, and I fully expect him to pick up that trophy tomorrow evening.

“I know a lot of people are caught up in the actions of the last five laps of Abu Dhabi – but when you look at the 22 races, he is without a shadow of a doubt an extremely deserving world champion.”

Horner added: “Safety cars have been absolutely the right way to deal with the removal of a car from a dangerous position, particularly when you have marshalls on the circuit, so the race director made the right call.

Horner also said he too had received a congratulatory text from Wolff after the race, adding: “I congratulated him on winning the constructors’ world championship and reminded him that’s where the money’s paid. I haven’t heard (from) or spoken with him since.”

The FIA, the world governing body of motorsport, is to look at the events of the Abu Dhabi Grand Prix through its World Motor Sport Council.

A statement from the FIA on Wednesday evening read: “This matter will be discussed and addressed with all the teams and drivers to draw any lessons from this situation and clarity to be provided to the participants, media, and fans about the current regulations to preserve the competitive nature of our sport while ensuring the safety of the drivers and officials.”