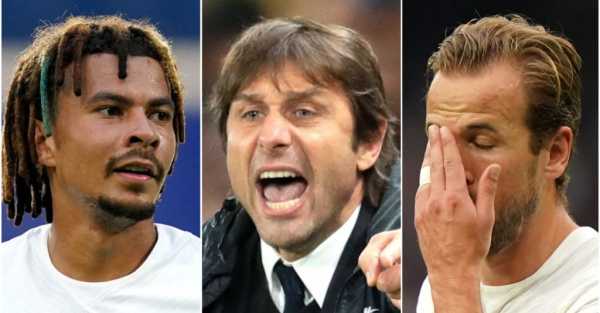 Antonio Conte has plenty to address having been appointed the new head coach of Tottenham.

Here, the PA news agency takes a look at what could be the Italian’s most pressing tasks.

The goalscoring talisman of Tottenham’s recent years, Harry Kane has endured a tough start to the campaign. A failed move to Manchester City in the summer damaged his relationship with some Spurs fans and Nuno was unable to get him back to his best. Conte will know that, so long as Kane remains at the club, he will be reliant on the England captain and will need him to improve on his one goal in nine league games this season.

The attacking statistics from Nuno’s ill-fated reign make for grim reading for the Portuguese. After Saturday’s loss to United, Tottenham have scored just nine goals from their 10 league games – only bottom club Norwich have scored fewer. The figures ahead of Sunday’s fixtures also saw Spurs in the bottom two for shots on goal and chances created – something Conte will have to fix quickly to turn things around.

While forming a strong working relationship with chairman Daniel Levy is always key for a new Tottenham boss, building a similar bond with Fabio Paratici is now also important. Paratici was appointed as managing director of football at the Tottenham Hotspur Stadium in the summer and played a major role in appointing Nuno as head coach. Conte already has a head start here given he worked alongside Paratici at Juventus and the two will be keen to hit the ground running.

Suffering from a poor run of form is one thing, being accused of not putting in the effort to address a slump is something quite different. While the attacking figures were not Nuno’s friend, the defensive numbers make for grim reading – Leicester are the only side in the current top 14 to have shipped more goals than Tottenham’s 16 while they have lost three games by three or more goals, the worst in the top flight. Meanwhile the distance covered by the team per game is an average of 99km – the lowest of any Premier League side so far this season.

There has been a increasingly negative atmosphere around the Tottenham Hotspur Stadium in recent weeks. That came to a head on Saturday, with decisions booed, the team jeered off and some fans turning on Nuno. Conte will be welcomed by most, despite having previously won the league at London rivals Chelsea, and he will want to reconnect the team and the fans as soon as possible – knowing the best way to do so is to provide results on the pitch.