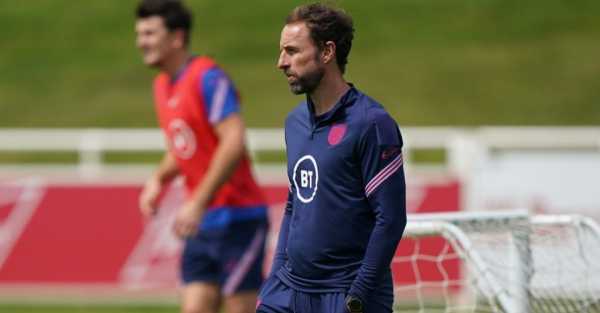 England manager Gareth Southgate admits it is an “embarrassment” for the country that they will face Italy in a near-empty stadium in Saturday’s Nations League clash at Molineux.

The Football Association was hit with a two-match ban, one suspended, following the behaviour of fans ahead of the Wembley defeat to Italy in the Euro 2020 final last summer.

There will be around 3,000 people in attendance, largely made up of under-14 school children who, under UEFA rules are allowed free admission to fixtures played behind closed doors.

“If it is an embarrassment, it is for England as a country,” he said.

“A lot of the people that caused the problems I’m not certain were football fans. We spoke enough about it, we spoke about it after the final and when the punishment was first given.

“What I will say is the vast majority of our fans who travelled to Germany behaved brilliantly. A big thank you to them because maybe people were thinking something different but there were a huge majority who were a credit.”

Despite these four Nations League Group A3 fixtures coming at the end of a long season, Southgate maintains any of his fit players are capable of playing against Italy – although he did hint at making changes from the 1-1 draw in Munich.

“There is nobody we can’t use,” he added. “We have got to think about some things we have got to see, the freshness of the team as well.

“I think this is a good game for some of the other players to come into. It is a top-level game and is a good sign to show trust towards the players going into these games.

Phil Foden remains a doubt as he recovers from coronavirus, while Kalvin Phillips trained away from the group after suffering a dead leg in Germany.