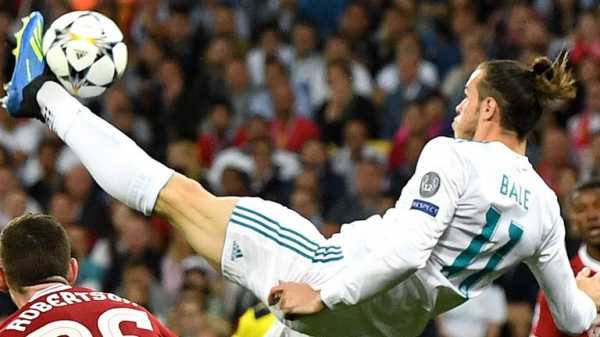 Gareth Bale came off the bench to score twice and win the 2018 Champions League final for Real Madrid as they beat Liverpool 3-1 in Kiev.

But it was Bale’s first goal, which turned out to be the winner, that will live longest in the memory as he scored an outrageous overhead kick just moments after coming on.

Latching onto Marcelo’s left-wing cross, Bale not only had the athleticism and the technique to connect, he got over the ball sufficiently to send it into the net with a bit of top spin.

Instantly, it must go down as one of – if not the – greatest goal ever scored on this stage. Perhaps only the man who put him on the pitch, Zinedine Zidane, has come close.

Here are five candidates to rival Bale for the accolade of best goal in a final during the Champions League era. Re-live them – and cast your vote…

It was only last season that Juventus forward Mario Mandzukic made a strong case of his own. Alex Sandro volleyed the ball across goal and Gonzalo Higuain got a touch before Mandzukic controlled it with his chest and hooked it over his head into the top right corner of the net. It was not enough for Juve. They were beaten 4-1 by Real Madrid. Barcelona icon Lionel Messi scored the goal of the night when Pep Guardiola’s great side reached their peak with a 3-1 win over Manchester United in the 2011 final. Collecting the ball in a pocket of space just right of the centre of the goal, Messi drove forwards and lashed a low shot that flew beyond Edwin van der Sar to cap a stunning performance.

Current Real Madrid coach Zinedine Zidane won his first and only Champions League title as a player with a superb winner for the club against Bayer Leverkusen in 2002. Roberto Carlos put in a cross from the left and Zidane, just inside the penalty area, calmly waited for the ball to drop before rifling a first-time left-footed volley into the roof of the net. 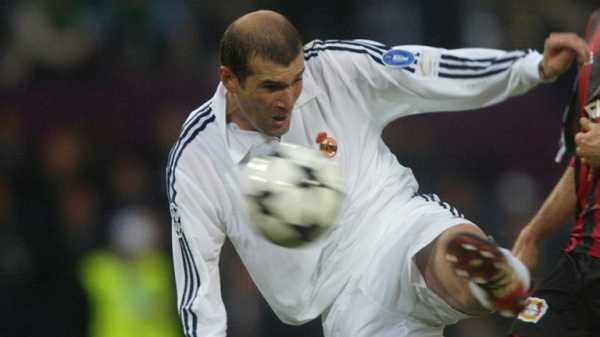 Lars Ricken was a young substitute who had been on the pitch for just 16 seconds when he sealed a 3-1 success for Ottmar Hitzfeld’s Dortmund in the 1997 final against Juventus. The 20-year-old raced from halfway to latch on to Andreas Moller’s through-ball and then lifted a fine first-time strike over the stranded goalkeeper Angelo Peruzzi.

In 1994, Dejan Savicevic scored a beautiful goal for AC Milan in their 4-0 demolition of Johan Cruyff’s Barcelona. After winning the ball back himself, the Montenegrin’s audacious lob from the right edge of the penalty box put Milan three up and took the game away from the so-called Dream Team.