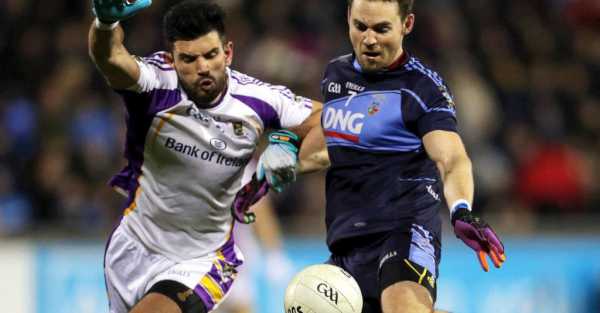 County titles are up for grabs in Cork, Dublin and Fermanagh this weekend, while the Kerry Senior Football Championship has been whittled down to the final four.

In the capital, Kilmacud Crokes will be hoping to follow the example set by the club’s hurlers last weekend, defeating Na Fianna to claim the county title.

Old rivals St Judes stand in the way of them doing the double, however, their meeting in the 2018 final ended in victory for the Stillorgan club. Throw-in at Parnell Park is on Sunday at 3.15pm with live coverage on TG4.

Knockmore are going for their second title in as many years having seen off Breaffy in 2020 by just two points.

Out to set the record straight after having their run on six successive titles brought to a grinding halt last year, Derrygonnelly Harps will face Enniskillen Gaels at Brewster Park in the Fermanagh Senior Football final.

The Harps defeat in last year’s final came at the hands of St Josephs Ederney, while it’s been a long road back to the title decider for the Gaels, who last contested (and won) the county title in 2006.

In the Cork Premier Senior Hurling Championship, Glen Rovers will take on Midleton on Sunday. Having lost out the top-spot in the last two seasons, Rovers will be hoping to go one better this year. Throw-in at Páirc Uí Chaoimh is at 3pm.

Finally, down in the Kingdom, St Brendans Board and Austin Stacks will meet in the county’s first Football semi-final of the weekend, with throw-in at Austin Stack Park at 5.30pm on Saturday. Rounding out the weekend on Sunday, Dr Crokes face Kerins O’Rahilly in Tralee at 5pm.