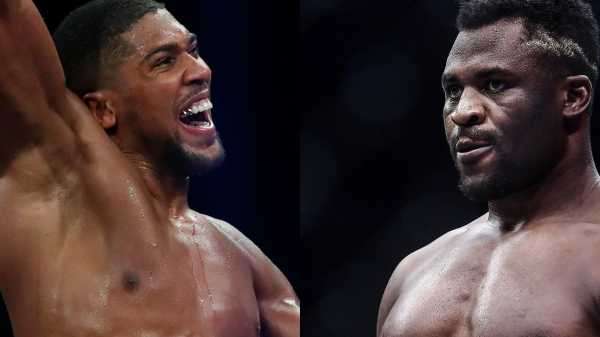 The crossover between the two sports is more frequent now than ever before and Mir, who reached the pinnacle of MMA but is a newcomer to boxing, believes only a special athlete could conquer both.

“Ngannou is a no-brainer,” Mir told Sky Sports. “He has a lot of fast-twitch muscle fibre. 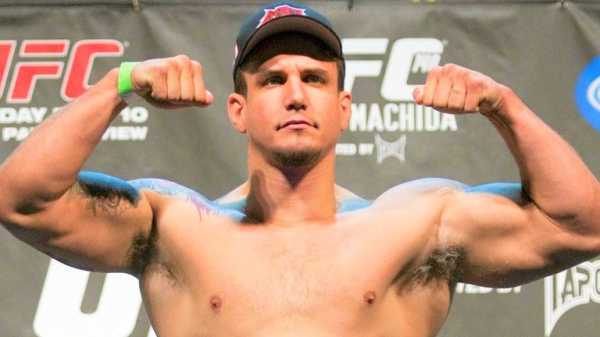 “Grappling will always be one of his weaknesses.

“He is so dangerous. Boxing may be a better fit for Ngannou.

“He might be even more dangerous in boxing where opponents will have to stay at range with him. They can’t clinch to tire him out.

“There are phenomenal strikers in MMA and it wouldn’t be a big adjustment for them to change their skill level and be successful in boxing. 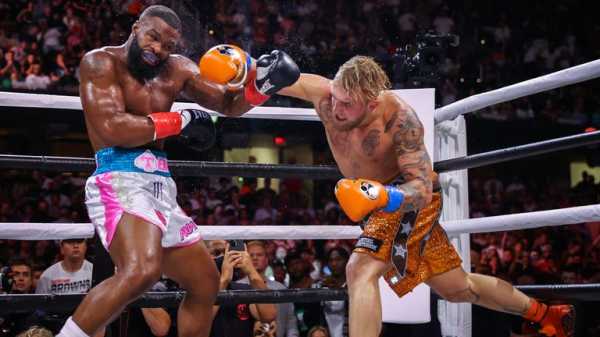 “If Israel Adesanya went into boxing he might become a world champion within two years.”

But for the same man to stand as a colossus atop both sports at the same time?

“It will be very difficult,” he says.

“Fifteen or 20 years ago, it was plausible.

“Nowadays there are too many great guys who are specialised.

“It is a steep hill to be the best at one art, then move across to beat guys who only train in their own art.

“I don’t see it happening.”

Junior Dos Santos will soon launch his effort to swap the Octagon for the ring.

Perhaps uninspiring results are to be expected when crossing sports but it hasn’t stopped the influx of people trying. 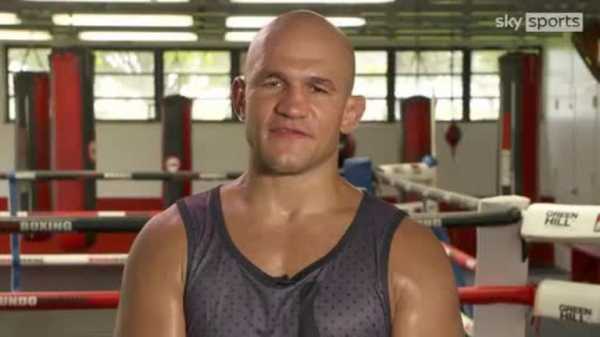 “We are like decathletes of martial arts,” Mir said. “They have to be good at javelin and sprinting.

“If we put 20lbs on to increase our shotput, you can’t finish the 1500m in suitable time.

“This is why MMA fighters must be humble and realise they are going outside of their realm.”

Mir was one of mixed martial arts’ greatest heavyweights, a former UFC champion renowned for his submission skills rather than his punches.

Mir, at the age of 42, will fight Kubrat Pulev, whose most recent fight was a bad-tempered loss to Anthony Joshua, on Saturday night. 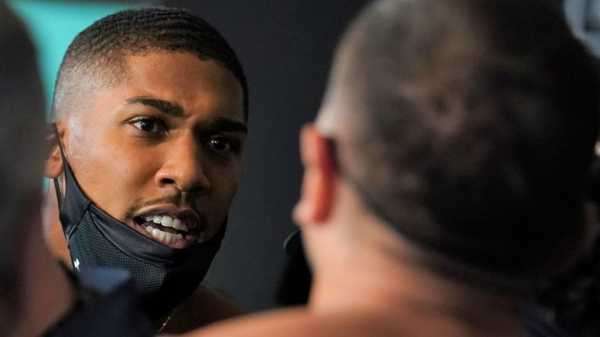 This is what was said in Joshua and Pulev’s fiery face-off!

The rules for this fight are bizarre even during an era where YouTuber boxing and bare-knuckle brawls are popularised – Mir and Pulev will headline a night of MMA fighters against heavyweight boxers in a three-sided ‘ring’.

Only punches are allowed, but they will wear MMA gloves which Mir insists “makes the punching different – like playing tennis on grass or clay, a small detail can change how the game is played”.

Perhaps the strangest yet, a rule has been approved to allow fighting in the clinch. Where boxers are traditionally separated by the referee, Mir and Pulev will be permitted to hold onto each other and continue punching.

It is the latest brainchild of Ryan Kavanaugh, the Triller promoter who oversaw an early Jake Paul fight, Mike Tyson’s return to the ring and more recently Evander Holyfield’s one-round defeat at the age of 58.

“Like everybody else we thought: ‘what is this? A triangle,'” Pulev’s manager Ivaylo Gotsev told Sky Sports. “Mixed rules. Firstly, I’m always curious, and we gave it a chance. We looked through the rules and negotiations went pretty smoothly, and well. 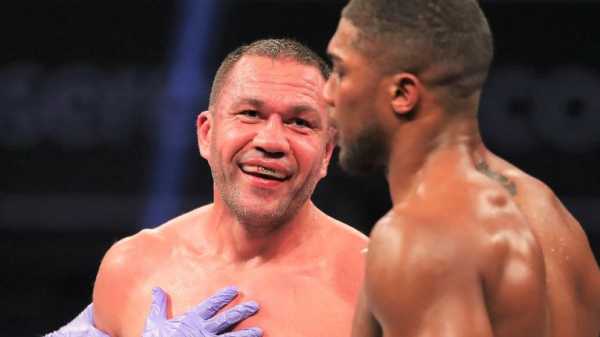 Image: Pulev has not fought since challenging Joshua

“Kubrat is the driving force here. He’s the one who is pushing for a fight. He’s a fighting man and he wants to get back in the ring, or the triangle in this case.

“New rules and just enough of a twist to where anything goes. The MMA guy can actually hold and punch. It’s going to be quite a gladiator clash.

“Anyone can land a punch with those small gloves.”

Mir made his boxing debut earlier this year in a traditional six-round rule-set against Steve Cunningham, who once knocked down Tyson Fury, and who came out of retirement for the fight.

“I was happy with my mid-range fighting,” Mir said of his debut. “I went with a former world champion who was extremely fast, extremely technical. I won two rounds out of six. I arguably could have won one more, which would have made it a draw.

“With so many of my skills eliminated, I was competitive with a world-class boxer.”

Mir’s ambitions for his second boxing match, in his early-40s, are far more humble. To fight Bulgaria’s Pulev, a 30-fight veteran who has faced Joshua, Wladimir Klitschko and Derek Chisora is daunting enough.

Mir’s strategy for this unusual rule-set?

“I’ll make this look as little like a boxing match as possible!”