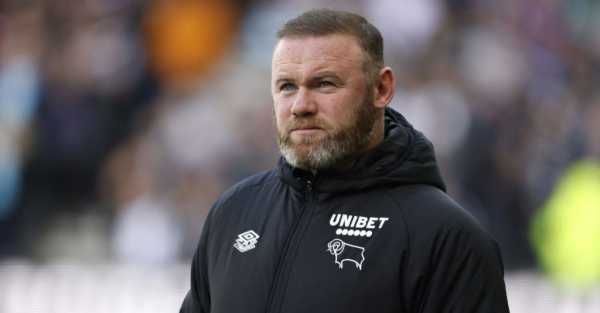 Wayne Rooney is reportedly Burnley’s first choice to take over from former manager Sean Dyche. According to The Sun, the Derby manager heads a list of candidates which includes Middlesbrough’s Chris Wilder and Alex Neil of Sunderland. The paper says bosses at the club believe Rooney’s stature in the game could help with attracting players, while the ex-England striker’s desire to coach in the Premier League is well known.

The Daily Mail reports Liverpool are considering a summer move for Monaco midfielder Aurelien Tchouameni. Jurgen Klopp is believed to be a big fan of the 22-year-old, while the club’s transfer focus is on bolstering the central midfield.

Manchester United have been invited to make an offer for Wolves midfielder Ruben Neves. The Manchester Evening News says the club expect to lose the 25-year-old in the off-season, with Neves’ representatives making it known they would welcome an approach from the Red Devils, who are in need of a defensive midfielder.

Staying with United, The Sun, via, Calciomercato, reports Napoli are set to snub a permanent transfer deal for on-loan defender Axel Tuanzebe. The injury-plagued 24-year-old has hardly played for the club since moving to Italy in January.

Victor Osimhen: La Repubblica reports the Red Devils are willing to fork out as much as £84 million for the Napoli striker.