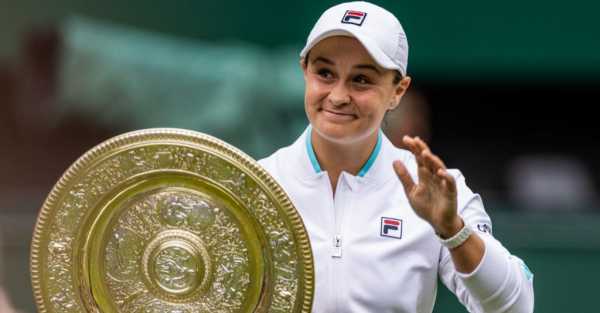 Ashleigh Barty has stunned the tennis world by announcing her retirement, aged just 25.

The Australian was the world number one and reigning Wimbledon and Australian Open champion but called time on her career.

Here, the PA news agency looks at other leading players who retired at an early age.

The one-time king of Wimbledon, Borg was a global star in the mid-1970s. He won at SW19 five times in a row between 1976 and 1980, while also winning six French Open titles, and his rivalry with John McEnroe is part of tennis folklore. However, in January 1983, aged only 26, the Swede ended his career, citing a frustration with the sport – it had been two years since his last grand slam title. He attempted a comeback in 1991 but was unsuccessful and hung up his racket for good in 1993.

Given what Hingis achieved as a teenager it is perhaps little surprise she burned out quickly and called an initial time on her career at 22. The Swiss star became the youngest grand slam champion in the 20th century when she won the Australian Open in 1997 aged just 16 years and three months, also winning Wimbledon and the US Open that year. However, by 2003 injuries had taken their toll and she retired. She came back two years later but again retired, having been handed a two-year drugs ban. A third comeback happened in 2013 and she enjoyed success in the doubles game before retiring for a final time in 2017.

The Belgian’s retirement was as big a surprise as Barty’s as she was also 25 and ranked number one in the world. Henin had won seven grand slam titles by the time she called time on her career in May 2008, just ahead of the French Open for which she was a big favourite. Despite insisting it was a permanent decision, she returned to the game 16 months later, although was unable to add to her tally of grand slam victories and an elbow injury again forced her to stop playing in 2011.

Henin’s compatriot and rival was also forced into an early retirement aged 23 after a run of injuries in 2007. By that time she had already topped the rankings and won the US Open. Having spent her time away from court raising a family, the Belgian completed arguably one of the most successful sporting comebacks of all time. She became the first unseeded woman to win the US Open at her first grand slam back in 2009 and followed that up with another success in 2010, while also winning the Australian Open in 2011. She again retired in 2012 before mounting another comeback seven years later.

Bartoli called time on her career just 40 days after winning Wimbledon in 2013. Although 28, she was at the pinnacle of her career, having just won her maiden grand slam title, and cited injuries and fatigue as the reason for walking away from the sport. Like many others, she too attempted a comeback in 2017 but found the physical strain too much and did not pursue it. She is now a well-respected TV pundit.