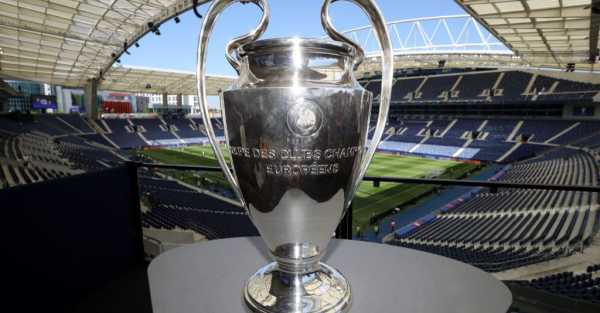 The Premier League and other domestic competitions across the continent have joined forces with fans’ groups to “save European football”.

European Leagues, an umbrella body which includes the English and Scottish top flights and the EFL, has agreed to formally co-operate with Supporters Direct Europe and Football Supporters Europe in a bid to protect domestic competitions amid proposals to revamp international club tournaments and national team football.

The leagues and fans groups are united in wanting UEFA to scrap plans to grant two teams access to the Champions League based on historical performance each season from 2024, and also want club coefficients to play no part in how revenue is distributed in future.

They also reject the idea of any changes which “jeopardise domestic competitions and their format, their calendar (and) their competitive balance”.

UEFA’s plans – formally approved in April but overshadowed by the European Super League saga – would involve an extra 100 matches in the Champions League.

The Premier League is understood to have big concerns around the impact of UEFA’s ‘Horizon 2024’ plans, particularly with matches set to spill into January which has always traditionally been kept free for domestic football.

The EFL too has concerns about what the expansion of European club competition would mean for the future of the Carabao Cup.

The co-operation between the leagues and fan groups provides for “structural dialogue” at domestic level between competitions and supporter organisations. It recognises the growing influence of supporters, whose opposition to the Super League earlier this year was seen as vital to its demise.

“We all want the game to be sustainable and competitive but also fair and collaborative. For SD Europe the formal relationship between fan organisations and leagues is crucial – on the national and European level. To save European football we all need to work together.”

European Leagues managing director Jacco Swart said: “Fans cheer as much as we do for inclusive, financially sustainable, and well-balanced exciting domestic competitions where sporting merit and sporting ability are the sole deciding factor in winning or losing.

“It is a natural step to converge and work together to protect domestic football in the interest of all professional leagues and their clubs and fans across Europe.”

The parties want UEFA to “respect their place in the ecosystem” by compensating domestic leagues for leaving dates free for continental action and by ensuring a larger relative share of revenue passes down from the Champions League to the two lower-tier competitions, and to clubs not participating in European competition at all.

The agreement also comes at a time when FIFA is consulting on proposals for a new international match calendar, which includes plans for a World Cup every two years.

European Leagues has previously expressed its opposition to all aspects of FIFA proposals to overhaul the international match calendar and Thursday’s statement warned: “If global regulatory bodies allow international club competitions and national team competitions to grow too large it will distort the competitive balance of leagues and the health of domestic football.”