The draw for the 2022 World Cup in Qatar has been made, and England’s path to glory has been mapped out – but who stands between Gareth Southgate’s side and the greatest prize of all?

After reaching the semi-finals of the 2018 World Cup in Russia and losing on penalties to Italy in the final of Euro 2020, England are bidding to reach successive tournament finals in Qatar – and go one, huge step further by winning a first trophy since 1966.

England must navigate three group-stage matches and then three knockout games to have any chance of getting their hands on the World Cup in the final in Doha on December 18, 2022. Here’s the Three Lions’ route to the final…

England potentially face a first-ever ‘Battle of Britain’ at a World Cup finals.

The Three Lions will be up against either Scotland, Wales, or Ukraine in the group stage in Qatar, with that play-off path still to be settled in June due to Russia’s invasion of Ukraine.

Gareth Southgate’s men will kick off Group B on the tournament’s opening day against Iran, a side they have never faced in a senior competitive international. 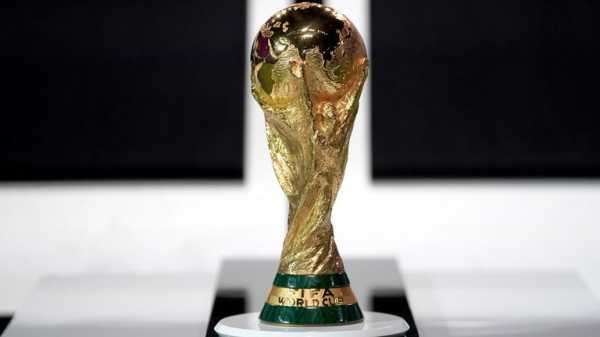 England could face Wales or Scotland at the World Cup after the draw pitted them alongside each other in Group B.

They will also face the United States, who they have met twice in the World Cup finals – in 1950 and 2010 – failing to win on either occasion. 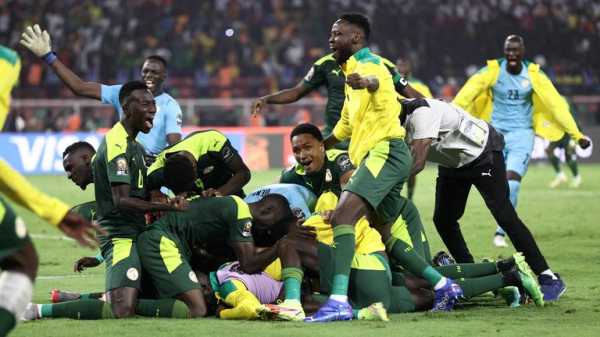 Image: Africa Cup of Nations champions Senegal could face England in the last-16 stage of the 2022 World Cup in Qatar

If England were to win Group B, their round-of-16 tie would take place at Al Bayt Stadium, Al Khor, on December 4 and see the Three Lions paired against runners up in Group A – Qatar, Ecuador, Senegal, or Netherlands.

Were England to progress but fail to win the group then Group A winners – likely the Netherlands or African champions Senegal – would be England’s first opposition in the knockout phase, with that round-of-16 tie taking place at the Khalifa International Stadium, Al Rayyan on December 3. 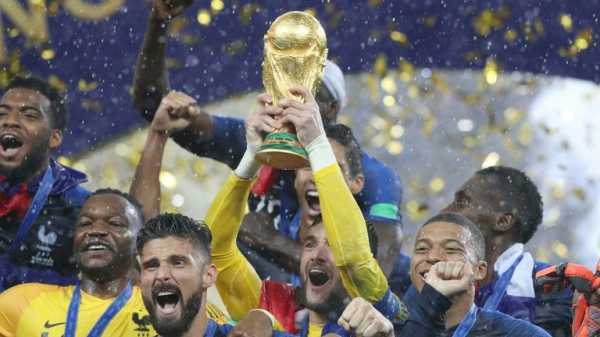 French football expert Jonathan Johnson says France must be wary of how difficult previous world champions have found it to defend their title.

Group winners England would then face world champions France in the quarter-finals, providing the 2018 World Cup winners topped their group and overcame potentially Argentina, Mexico or Poland in the last 16.

The Al Bayt Stadium in Al Khor would play host to England for the second successive round, with the last-eight tie taking place on December 10 . As Group B runners-up and last-16 winners, England would continue their journey on the other side of the draw and could be paired with Argentina or Denmark at the quarter-final stage. The Three Lions would switch venues to the Lusail Iconic Stadium for the last-eight tie on December 9. 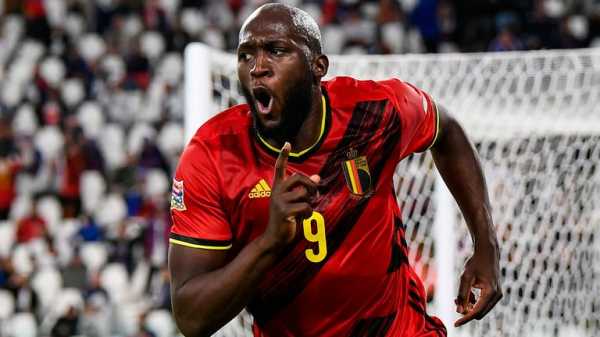 If England were to navigate their way to the semi-finals as group winners, the likely winners of Groups F and H – Belgium or Portugal – could stand between the Three Lions and a place in the World Cup final on December 14 at the Al Bayt Stadium in Al Khor.

England’s journey to the World Cup semi-finals after finishing second in the group stages would potentially set up a last-four tie against Spain/Germany or Brazil.

After reaching the World Cup final as group winners, 2010 winners Spain, 2014 champions Germany or four-time winners Brazil could be the final hurdle for England to overcome. 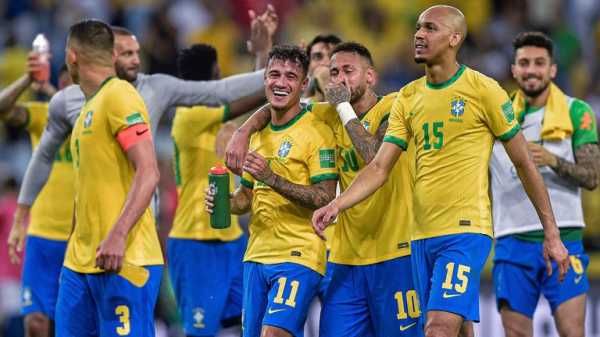 Image: World No.1 nation Brazil could face England in the World Cup final

France, Belgium or Portugal would be England’s potential opponents were they to reach the final at the Lusail Iconic Stadium on December 18 after finishing runners-up in Group B. 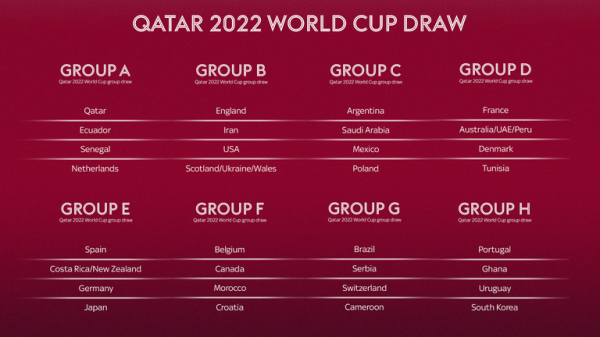 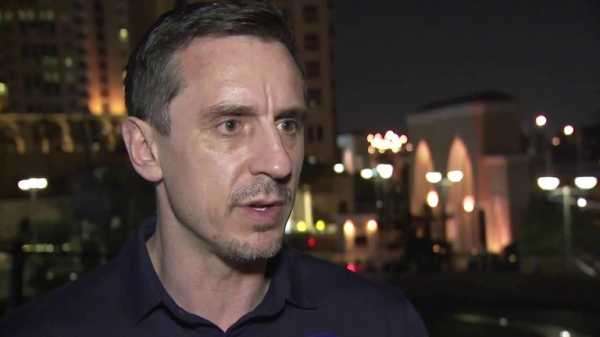 Gary Neville believes England will be happy with their World Cup group draw but warns each of their opponents will be passionate to play against them.

The 2022 World Cup will feature 32 teams in eight groups of four.

Group A: Qatar vs Ecuador (Al-Bayt Stadium, Al Khor; kick off 10am)
Group A: Senegal vs Netherlands
Group B: England vs Iran
Group B: USA vs Scotland/Wales/Ukraine

Group A: Qatar vs Senegal
Group A: Netherlands vs Ecuador
Group B: England vs USA
Group B: Scotland/Wales/Ukraine vs Iran

Group A: Netherlands vs Qatar
Group A: Ecuador vs Senegal
Group B: Scotland/Wales/Ukraine vs England
Group B: Iran vs USA

What will happen with the Premier League?