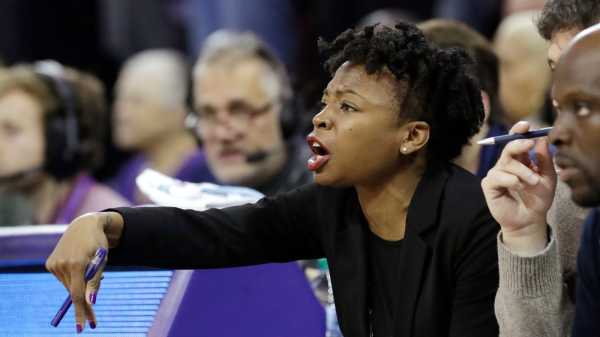 When Edniesha Curry first found out new Trail Blazers coach Chauncey Billups was interested in talking with her, she was sceptical.

After all, the California-born Curry was a longtime Lakers fan who rued when Billups and the Detroit Pistons beat Los Angeles in the 2004 NBA Finals.

She jokes about it, but it was a good thing she took Billups’ call. Now the former WNBA guard known as “Eddie” is an assistant coach on Billups’ staff, the first woman to serve as an assistant in Blazers history and currently one of just six women coaching in the NBA. 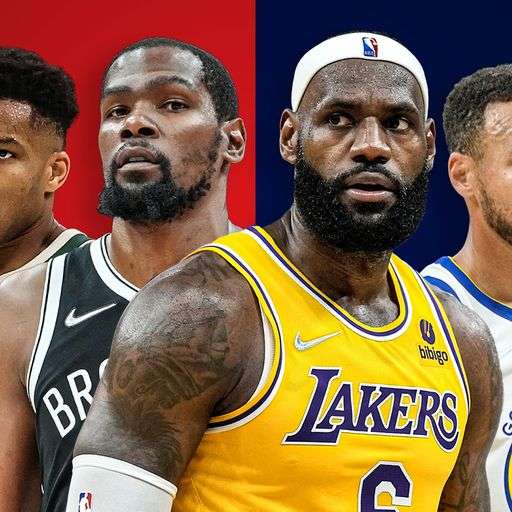 “I’d never met him before, just knew him as a player. Man, I’ve got nightmares of him beating up on my Lakers back in the day,” Curry said. “But we had a synergy right away from the beginning.”

This isn’t a novelty to Curry, who was the only woman on the coaching staff of a Division I men’s college team when she became an assistant at Maine for the 2018-19 season. In meeting with reporters for the first time, she raised her hand to tell them that, yes, she is a woman. It was her way of breaking the ice and getting the issue out of the way so she could focus on basketball.

“I’ve never put a difference on it – whether I was coaching men or women,” said Curry, 42. “For me, it has always been about being in the right space with the right people. And that’s literally how I said ‘yes’ to being a men’s basketball coach.”

The first woman to serve as an NBA assistant was Lisa Boyer – now an assistant on Dawn Staley’s staff at South Carolina. She was a volunteer with the Cleveland Cavaliers for the 2001-02 season. She wasn’t paid and couldn’t travel with the team. 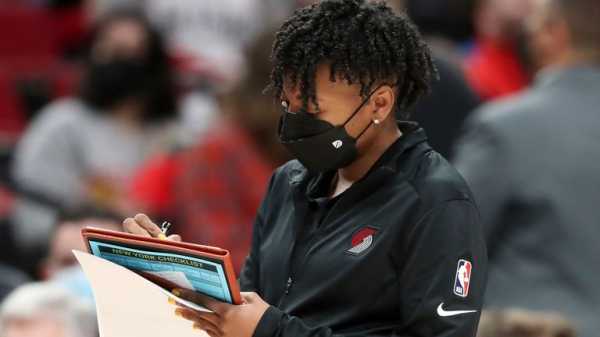 It would take until 2014 for a woman to become a full-time NBA assistant: Becky Hammon, who was hired by Gregg Popovich in San Antonio.

If you count Boyer, there have been 15 women to serve as assistants in the NBA. This season, Curry joins Jenny Boucek (Pacers), Kristi Toliver (Mavericks), Lindsey Harding (Kings), Teresa Weatherspoon (Pelicans) and Sonia Raman (Grizzlies).

The Blazers interviewed Hammon for the team’s head coaching job in the offseason. Hammon and Staley have long been considered the two women closest to landing a head coaching gig in the NBA.

Curry isn’t the only woman in a high-profile position within the Blazers organisation. Jessica Cohen was recently promoted to head athletic trainer – becoming the first woman to hold the post in the NBA. Asjha Jones is director of planning and strategy, while Sheri Sam is scouting director. Both are former WNBA players.

Billups said he was looking to create a diverse staff in his first year as a head coach. Mutual friend Tina Thompson connected him with Curry.

“We probably talked on the phone for an hour. I interviewed some other candidates but I just loved Eddie,” Billups said. “I thought she was just so brilliant. She was smart. She was confident. She knew her stuff. She knew the NBA game more than I’d thought for somebody that’s been in college for so long. Her player evaluations, I thought, were on point.” 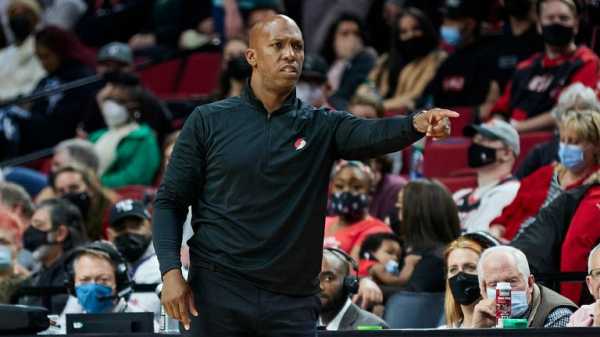 Curry, who is not related to the brothers Stephen and Seth Curry, played at Cal State Northridge and Oregon. After a couple of seasons in the WNBA, she went overseas where she got her first coaching jobs.

Curry was a school teacher in Atlanta when she took the job as Richard Barron’s assistant at Maine. She draws on her teaching experience to coach.

She is also aware that as a Black woman, she’s a role model. Both for girls and boys, she emphasises.

“I always tell people don’t ever ask anybody’s permission, just be what you want to be in life. Own your story, own your journey, and wherever you end up, you end up,” Curry said. “My journey is not only mentoring or being a role model for young girls, it’s also the young men that I get the opportunity to work alongside and mentor, too. And that’s phenomenal.”

Live NBA basketball returns on Sky Sports after the All-Star break this Thursday night with a tasty double-header: Brooklyn Nets travel to the Boston Celtics, live on Sky Sports Arena and Main Event from 12.30am, followed by Portland Trail Blazers facing Golden State Warriors from 3am.